A couple hours before Daniel Jones took part in the first full training camp of his NFL career, he stood in a corner of the Giants’ sprawling indoor field in front of about a dozen television cameras and 75 or so reporters – easily the largest media contingent in the league and an example of the intense scrutiny facing the 22-year-old rookie.

As if absorbing coach Pat Shurmur’s playbook and adjusting to the warp speed of NFL players after a career at Duke, where not even one of his teammates was drafted this year, wasn’t enough, Jones must do so in the biggest and arguably the most challenging market in pro sports.

It comes with the territory.

When you play in New York, you play in a spotlight so bright and so powerful that it often consumes athletes who aren’t wired for the pressure. Which is why Jones has thought long and hard about that part of the job. From a lower-echelon ACC team such as Duke to the bright lights of New York, the transition can be daunting. 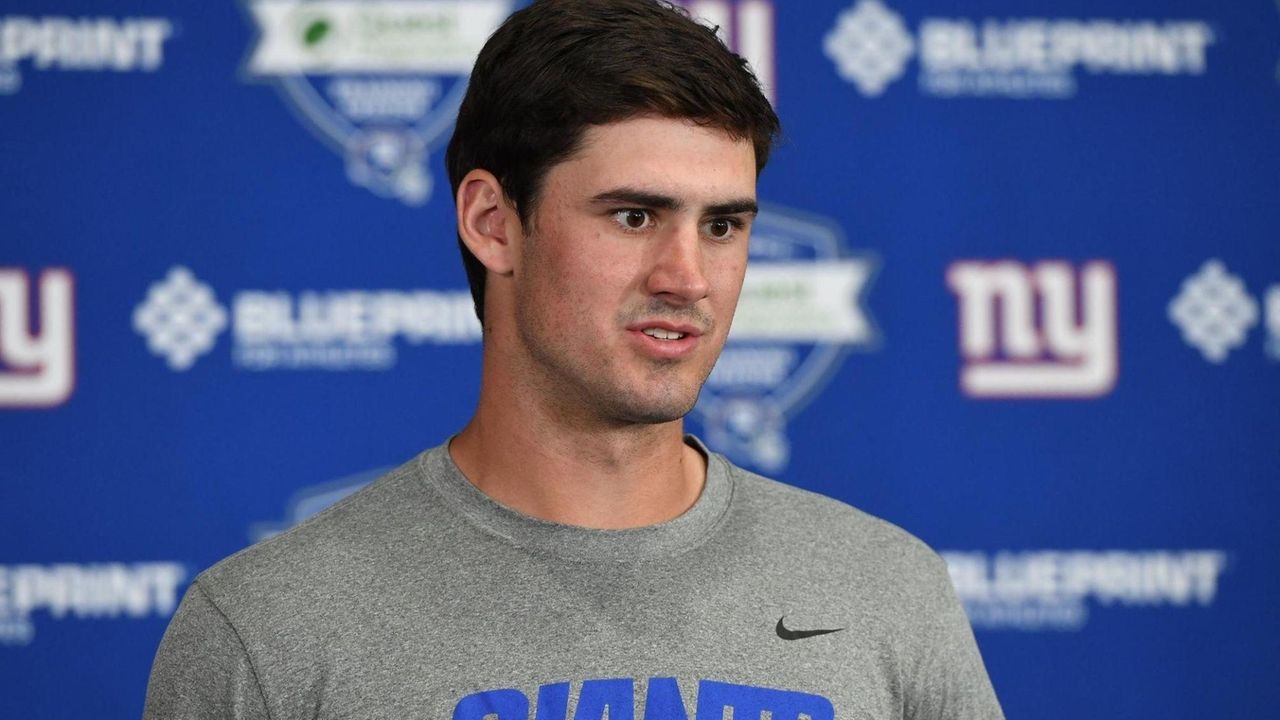 “I’ve thought about it, and it’s part of the position, part of the role here,” Jones said Thursday. “I’m certainly accepting of that and willing to take that on.”

Jones has the advantage of learning from one of the best when it comes to dealing with the New York market. Outside of former Yankees legend Derek Jeter, there may be no better example of facing Big Apple scrutiny than Eli Manning, whose job one day will belong to Jones, the sixth overall pick.

“I’ve had a couple conversations with Eli about it,” Jones said. “He’s been helpful with that as someone who’s dealt with it very well for a long time. I think it’s part of the position, and it’s something that I’m certainly willing to accept.”

Handling the pressure that comes with competing in New York was very much on the mind of general manager Dave Gettleman in the weeks leading up to the draft, and he already felt that Jones would be able to deal with it. Even before Roger Goodell announced Jones as the Giants’ pick – to a chorus of boos among shocked fans packing the streets of Nashville.

“You will have adversity up here,” Gettleman said at his predraft news conference. “I don’t care how great a player you are. Everyone has adversity. You have to dig deep to see where they have had adversity. It is painful, but it is part of the evaluation.”

Jones’ adversity came from playing in a program that didn’t have the kind of talent to compete against ACC powerhouses such as Clemson and Virginia Tech. His receivers dropped dozens of catchable balls, and his offensive line provided mostly inadequate protection. But Gettleman and Shurmur felt Jones stood up to the pressure well enough and that he could succeed at the NFL level given adequate help the Giants can now provide.

There is a long way to go for Jones, and Thursday was the next step in an arduous apprenticeship. It was an uneven step at that; Jones missed his first seven pass attempts in team drills, throwing an interception. But he recovered nicely and completed six of his next eight attempts.

For now, Jones must earn the respect of his teammates.

“First and foremost, it all starts on the practice field,” he said. “People [teammates] notice how you play, how you prepare, and how well you know your stuff.”

Shurmur said Jones has already exceeded expectations through the offseason, where he showed a solid grasp of the offense. But it is not time for him to be anointed over Manning. Only when it becomes obvious that a change needs to be made will Shurmur pull the trigger on one of the most consequential decisions of his tenure.

Jones doesn’t know when that moment will present itself, but credit him for deftly avoiding a controversial answer when a reporter asked if the quarterback could envision a best-case scenario for a transfer of power.