It was a binary choice, a decision that seemingly would have major consequences for the Giants’ franchise no matter which way they went.

They had to decide whether to draft running back Saquon Barkley and embark on a win-now path, or consider the best available quarterback and acknowledge that the Eli Manning era soon will come to a close and require an heir apparent.

But is it possible that the Giants will wind up with the best of both worlds? Is it possible that taking Penn State tailback Barkley with the second overall pick and Richmond quarterback Kyle Lauletta in the fourth round will mean that they indeed can attempt to win now while grooming Lauletta as Manning’s eventual successor?

It didn’t appear that line of thinking was in play after the Giants made their choice at the top of the draft. 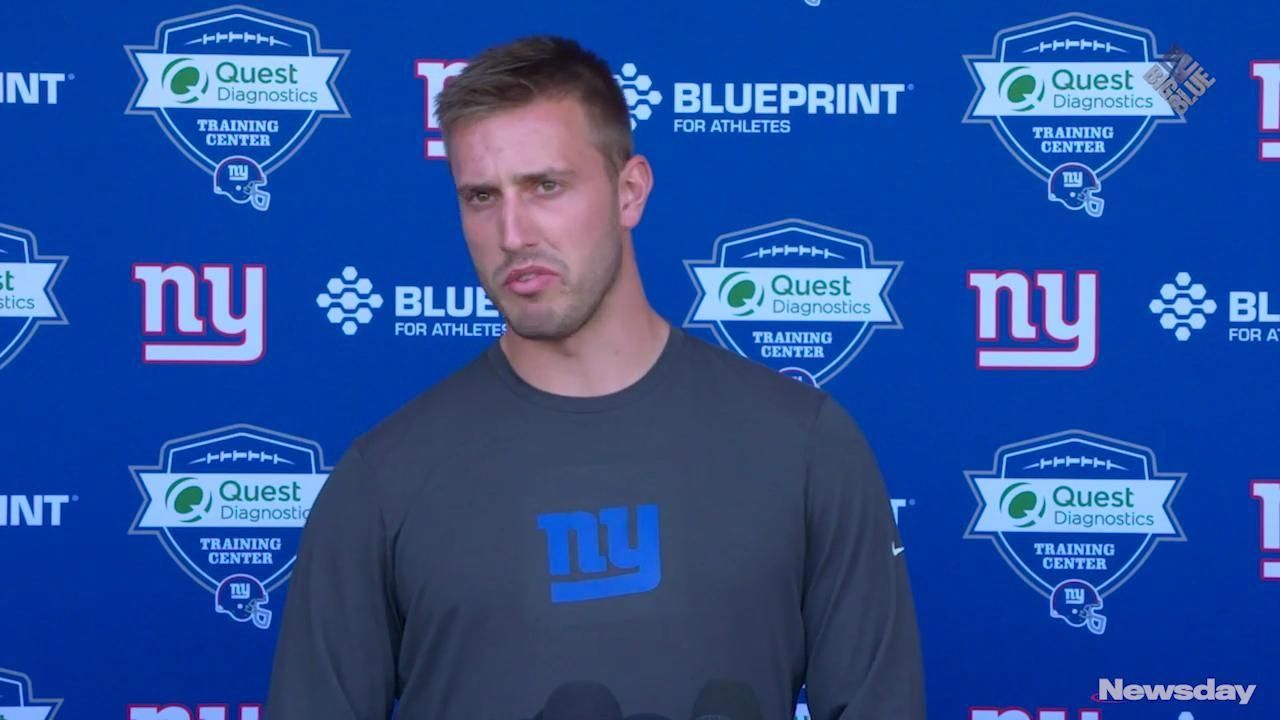 Giants rookies eager to prove themselves On Friday, May 11, 2018, newly drafted Giants players arrive at the team's training facility for the first day of rookie minicamp.   Credit: Big Blue Entertainment

It was Barkley or bust.

The Giants thought enough of Lauletta during the run-up to the draft that they invested a mid-round pick in the hope that maybe, just maybe, he can become a part of the post-Manning era. Just when that day will come remains to be seen, but Lauletta took his first cautious steps Friday with the idea that he might become the long-term solution once it’s time to turn the page on Manning.

For now, though, Lauletta has no designs on Manning’s job.

“It’s Eli Manning’s team,” he said during his first day at the Giants’ rookie minicamp. “His success and resume speak for itself. I do think he has some years left. How many years, we’ll just have to wait and see.”

Lauletta is an intriguing prospect, a guy who might go the way of most fourth-round passers — namely, to a backup role — but who might have the kind of intangibles that make him an eventual starter. Richmond is not known as a quarterback factory, but teams certainly were aware of Lauletta’s potential and scouted him accordingly. The Giants were one of several clubs considering him, and that list included the Patriots, who are looking for the next Tom Brady now that the five-time Super Bowl winner is nearing the end of his career.

“[The Patriots] were definitely in the mix,” said Lauletta, who had 28 touchdown passes and 12 interceptions last season for the Spiders. “I heard there was a lot of media hype around them, and I think that’s all it was. But I’m glad I’m here, and I’m glad I’m a Giant.”

The 6-3, 215-pound Lauletta isn’t a big-armed quarterback — in fact, lack of arm strength is the biggest knock against him — but his intelligence and game management make him an appealing prospect.

“If [questionable arm strength] is the worst thing that people say about me, it is what it is,” Lauletta said. “I don’t think that’s an issue. There are a lot of other attributes a quarterback has to have, and I think I have them.”

First-year Giants coach Pat Shurmur likes what he has in Lauletta, who joins 2017 third-round quarterback Davis Webb as the backups to Manning. But right now, it’s baby steps.

“The quarterback, the first time doing anything, he is in charge of everything and so certainly there is more on his plate, but from what I could tell by just watching him function in the walk-through, I think he’s got a good feel for what he’s going to need to do today,” Shurmur said. “We’ll teach him more for tomorrow and so on.”

It’s entirely too soon to know if Lauletta can be a legitimate part of the Giants’ future or whether he’ll join the long list of Manning backups who rarely saw the light of day. But there’s always hope.

“Of course, there have been a lot of late-round picks that have been successful,” Lauletta said after being reminded of Brady (sixth round) and Seattle’s Russell Wilson (third round). “You just don’t know how guys are going to pan out at the next level. It’s hitting the reset button, getting back to work, putting your head down and being the best player you can be.”

Lauletta hopes the best he can be will be good enough.

The Saquon Barkley Week 1 watch is on
As deadline approaches, Scott wants depth for Mets' rotation
How Giants' Joe Judge will tackle the vaccination issue
Giants know they'll go as Daniel Jones goes in make-or-break year
Hope is high that new coach Saleh can reverse Jets' fortunes
Mets maintain control by splitting doubleheader with Atlanta
Didn’t find what you were looking for?