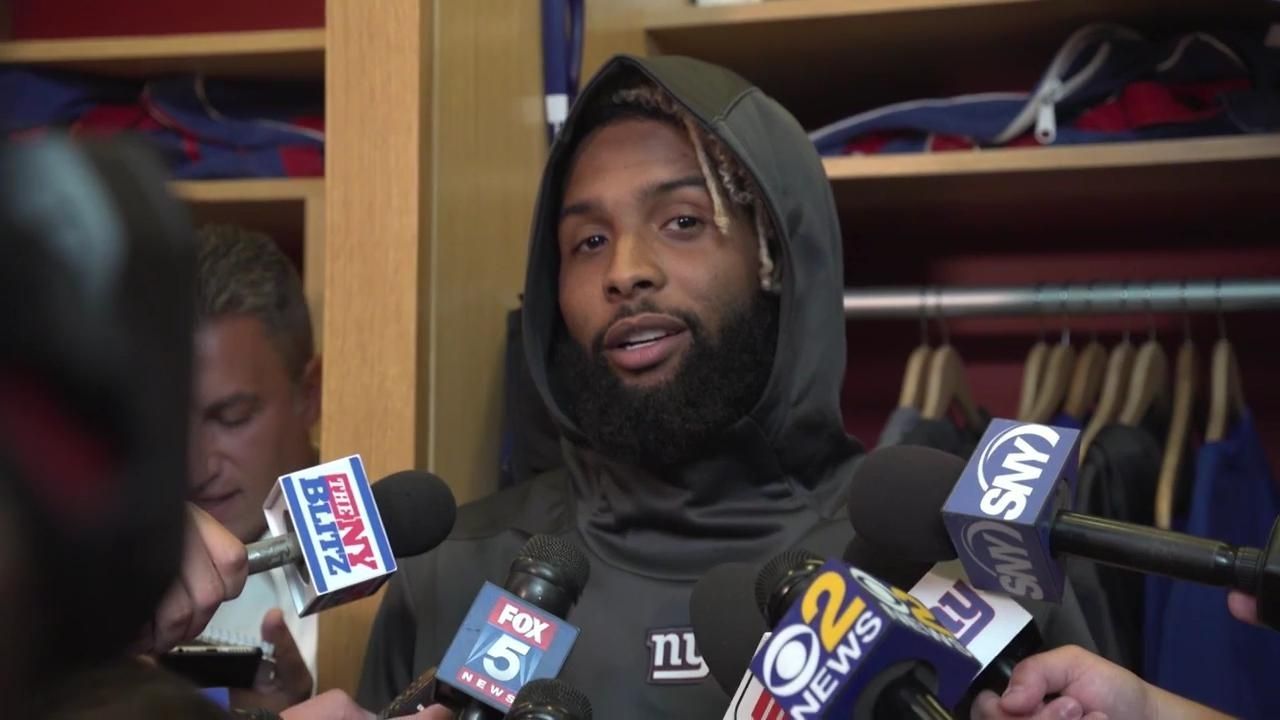 As Odell Beckham Jr. prepares to face an outspoken cornerback who loves to taunt opponents on the field and through the media, the Giants’ receiver insists he won’t make the same mistake twice.

No, Beckham vs. Jalen Ramsey will not turn into another Beckham-Josh Norman fiasco.

“I think I learned my lesson,” Beckham said Wednesday as the Giants began preparations for Sunday’s regular-season opener against the Jaguars.

That Beckham-Norman showdown in Week 15 of the 2015 season was one of the low moments of Beckham’s career, as the temperamental wide receiver overreacted to Norman’s midweek jabs during interviews and a pregame incident in which the cornerback came onto the field swinging a baseball bat. Beckham went after Norman repeatedly during the game and at one point launched himself helmet-first, incurring a one-game suspension.

“I remember y’all [reporters] bringing me information in his interview, and he said that this is sweet and blah blah blah and the stories in the papers that were written,” Beckham said. “It was all set up to happen exactly [the way it] happened.”

Beckham admitted he “took the cheese. Can’t be mad at anything that happened. I bit, so it’s all good. It’s going to be a matchup, but it’s not something you repeat.”

Nearly three years later, Beckham believes he has matured enough not to be suckered into another meltdown. Credit his newfound appreciation for playing the sport he loves after it was almost taken away by a devastating injury last year. Beckham suffered a fractured ankle and required season-ending surgery. Sunday will be his first game action since last Oct. 8.

He only recently was able to watch replays of the injury.

“I just didn’t want to see it again,” he said. “When it’s you, it’s even harder to watch, because you can feel the pain receptors hit your brain, and you can feel it all over again. Just being able to watch that video comfortably, I can watch it now anytime.”

All that’s left is getting hit again.

“It’s not so much of being afraid,” he said. “Football is going to be football. Regardless if you haven’t taken a hit in years, it doesn’t feel good to get hit. It is what it is.”

Beckham hopes it will be similar to his rookie season, when he came back from a hamstring injury for a Week 5 matchup against the Falcons.

“I think the first catch Sunday will be just like the first catch my rookie year,” he said. “I remember catching that first pass on the right side, it was just a little 8-yard catch and the crowd went crazy and that feeling that these people had your back and they were waiting on you. I think this will be a special game for me.”

It also will be his first game since signing a six-year, $95-million contract extension. Will the new deal, which made him the highest-paid receiver in NFL history, put a bigger target on his back?

“I don’t think that contract could do any more for that target on my back,” he said. “Inflicted by the world, inflicted by myself, that target’s been on there since I came in.”

That’s some pretty impressive self-awareness from a player who hasn’t always seen fit to do the right thing. We’ll begin to see on Sunday whether it’s just talk, or whether Beckham’s newfound perspective about football and about life is legit.