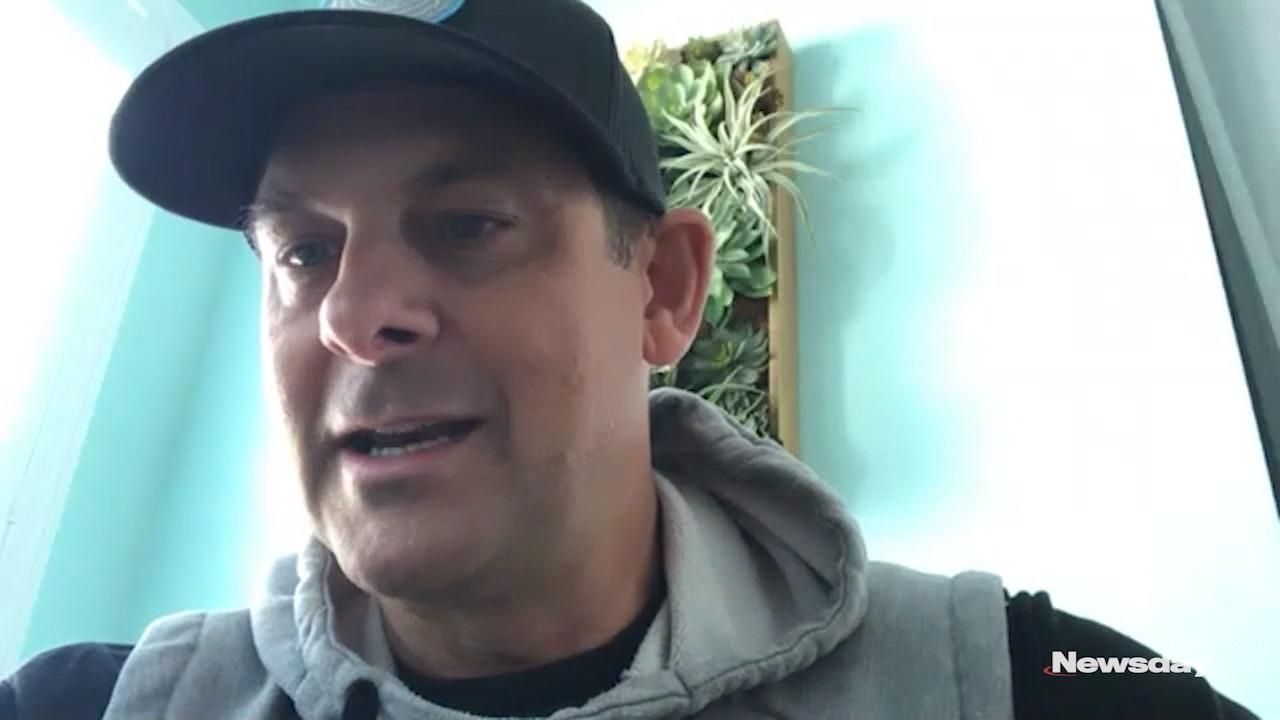 Yankees manager Aaron Boone had a pacemaker put in on Wednesday and met with the media on Friday, March 5, 2021, to discuss his health. Credit: New York Yankees

The Yankees’ first serious injury scare of 2021 had a remarkably upbeat resolution Friday, because of its stunning brevity and A-plus prognosis.

Less than 48 hours after Aaron Boone’s surgery for the installation of a pacemaker, the Yankees manager addressed the media Friday, saying he felt like a new man and was ready to return over the weekend.

Amazingly, that would put Boone on schedule to be back in the dugout weeks ahead of a sprained ankle or hamstring strain -- despite undergoing his second heart procedure in the past dozen years. The startling nature of the diagnosis didn’t seem to rattle Boone, who turns 48 on Tuesday. Not compared to what he endured with the ’09 valve repair.

But for everyone else around the Yankees -- a group comprised of mostly young, extremely fit, world-class athletes -- any mention of a heart operation, regardless of how routine the characterization, sounds frightening. Boone never let on that he was nervous, whether it was a Zoom call with staff from his hospital bed or a video to his players. The manager’s effort to put others at ease seemed to take hold, at least publicly.

It just was a cruel irony that the Yankee who cared the most about his players’ health was the first this year to be sidelined with an injury so far outside the typical spring-training vernacular that nobody really knew how to react. Sure, Boone had a previous heart issue, but a pacemaker never entered the conversation until doctors recommended one after a recent series of tests.

Boone was outfitted with a monitor that showed his heart rate dipped into the 30s, and more alarmingly, failed to rise from even modest exertion, like walking across the room. Suddenly, his lack of energy the past few months made sense, and the remedy was clear.

"I was kind of glad because it gave me an answer," Boone said Friday. "And some validation, like, ‘Oh, that's why I'm feeling this way.’ The pacemaker was the way I needed to go and I can say a couple days in now, me and my new buddy are doing quite well."

For those of us not familiar with pacemakers, or their installation, it was hard not to a be little astonished by his quick recovery. We’re conditioned to take the over when it comes to health problems. Teams always take a conservative approach -- adding days or weeks to the most optimistic timelines -- but Boone sounded as if he wanted to manage Wednesday night’s game a few hours after the surgery.

Brian Cashman recalled how he had barely settled into his seat at Steinbrenner Field that same evening when a FaceTime alert popped up. It was Boone on the screen, surprising the GM with his post-op energy. And those levels have only increased since then. When Boone was first hospitalized, Cashman expressed that the manager should take as much time as necessary to get back on his feet, with bench coach Carlos Mendoza assuming the role on an interim basis.

If not for the COVID-19 protocols, which required another round of testing, Boone likely would have tried to be in the dugout for Friday’s matinee against the Tigers at Steinbrenner Field. Instead, Boone just dropped in for the tests, with the hope he can put the uniform back on this weekend.

And just like that, the Yankees will be whole again. It hasn’t worked out this easily in the past, when injuries have multiplied, then dragged out, forcing the team to make due with a number of replacements. No offense to Mendoza -- a capable understudy who many view as a future manager somewhere else -- but these are Boone’s Yankees, and his smiling face, even via Zoom, was a welcome relief after the shocking news earlier in the week.

"For him to have to go have this procedure, and within an hour or so he's back up and running as if nothing really happened at all," Cashman said. "It was incredible."

For once, Cashman was blindsided in a good way. The Yankees didn’t expect a long absence for Boone, but the GM admitted to Googling all the info he could get about pacemakers, just like everyone does in these situations. Boone was assured by his longtime cardiac specialists that everything would be fine, in relatively short order. But the manager himself seemed downright giddy about his progress over just the past few days.

"This morning, the morning coffee really worked," Boone said. "I was ready to run through walls."

By the end of Boone’s 18-minute Zoom conference, he was out of superlatives to describe his condition. The manager’s "sleek, sophisticated" new buddy had transformed Boone into an upgraded version he didn’t think was possible a few months ago.

It’s truly a blessing when someone emerges from a health crisis in better shape than they were before, and that was definitely the case Friday with Boone. Once he’s in the dugout again, the grateful Yankees will be fully recovered, too.