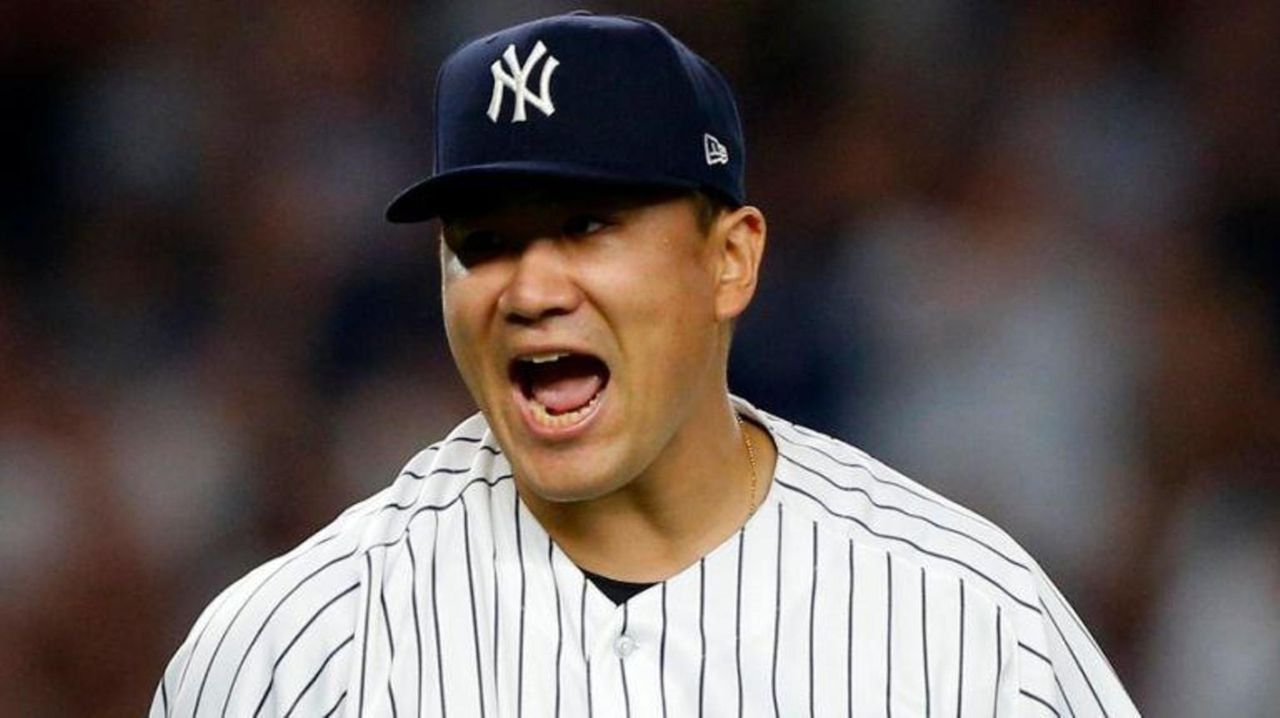 On Thursday, Oct. 12, 2017, the Yankees announced that Masahiro Tanaka will start Friday's opening game of the American League Championship Series against Astros lefthander Dallas Keuchel in a rematch of the 2015 AL wild-card game, which the Astros won, 3-0. First pitch is scheduled for 8:08 p.m. Eastern. Credit: MLB

HOUSTON - Think back to December, when the Red Sox traded for Chris Sale. Or mid-March, when the public debate raged over transferring Luis Severino to the bullpen. Or the April day Gary Sanchez was lost to a freak biceps injury, or even the post-All-Star-break shocker of Michael Pineda needing Tommy John surgery.

Where did you set the bar for these Yankees then? What constituted a productive season, a worthwhile building block? Was it a few percentage points over .500? Meaningful games in September? (To borrow a Queens favorite.) A playoff berth? A wild-card win?

Forget all that now. The talk of a bonus year is through. House money? Nonsense. As soon as Aroldis Chapman struck out Austin Jackson to end ALDS Game 5 on Wednesday night and the celebration commenced, there’s only one way to look at the 2017 season now.

And that’s with both eyes firmly fixed on the World Series trophy.

Knocking off the 102-win Indians, the defending American League champs, is what made this whole crazy trip legit. It’s not a joyride anymore, a chance to give the kids a turn at the wheel of Dad’s $200-million car. Nope. The Yankees are a serious World Series contender as they await ALCS Game 1 on Friday night at Minute Maid Park.

Rallying back from 0-2 against Believeland did away with the cutesy pinstriped Rocky storyline. Regardless of what the Vegas line says, the Yankees can’t be underdogs,. And they’re not in Houston to soak up the experience for the real championship push next year, or in 2019.

Treat the Yankees as if they’re here to finish the job, to win No. 28, to presumably make Joe Girardi change his uniform number for 2018 and beyond. To take any consolation in advancing this far, or deferring the title dreams to another season, would be a mistake.

Winning the 2017 World Series has to be more than just a mission statement. It’s too close now. Only eight wins away. And once you’re here, the October perception changes.

“Carpe diem comes into play because there’s no guarantees,” Brian Cashman said, hanging on the perimeter late Wednesday night as the players showered each other with champagne. “We do believe we’re building on something, but we’re not going to sit here and assume the next three to five years are going to be perfect. We have to put the pedal to the metal to reinforce it every which way because storm clouds are always brewing.”

Cashman then brought up the disturbing weather patterns this year over Flushing and the Meadowlands, two places that were heavy favorites to host deep playoff runs. The Mets disintegrated because of injuries and finished 27 games out of first place. The Giants, plagued by medical issues and mutinous rumblings, are 0-5 and plummeting toward a No. 1 pick.

“That’s why you have to grasp the moment when it comes around,” Cashman said. “Listen, the Mets go into the season this year, had a great team on paper, then injuries hit and change the equation.”

For more than a decade, the Yankees had been an automatic playoff team. They could be penciled in for October before even showing up in February. But that ended with the 2009 crown, bookending a five-ring stretch that began with Joe Girardi behind the plate in 1996.

Since then, with Girardi as manager, the Yankees failed in two trips to the ALCS, the last coming in 2012. Entering this season, they had missed the playoffs in three of the previous four years. The lone exception was a wild-card loss to the Astros and Dallas Keuchel in 2015, a low point that forced the Yankees to deal with a postseason malaise from which they’re only now starting to emerge.

“I do think the guys appreciate it a lot more,” Girardi said during Thursday’s workout. “Because there’s young guys doing it for the first time, there’s a number of guys that came from other clubs that wouldn’t have had this opportunity had they not been traded and the veteran guys hadn’t been there much lately.”

This visit to Houston isn’t for the barbecue. It’s strictly business for a franchise that’s feeling championship-caliber again.

“We can beat you a hundred different ways,” Brett Gardner said.

Hardly the talk of a team just happy to be here.