If MLB’s Phoenix gambit doesn’t work — and it won’t, based on our current knowledge of the coronavirus — then maybe we can start discussing ballpark options at Tranquility Base.

You know, on the moon.

Because back here on Earth, where Phoenix is located, no one has figured out how to reliably prevent coming down with COVID-19, other than staying penned up inside your own home 24/7.

And if MLB or the CDC or the NIH can’t devise a successful plan to shield players for up to five months in a major metropolitan area, there’s really no point investing any hope in a baseball season, as much as that stinks. 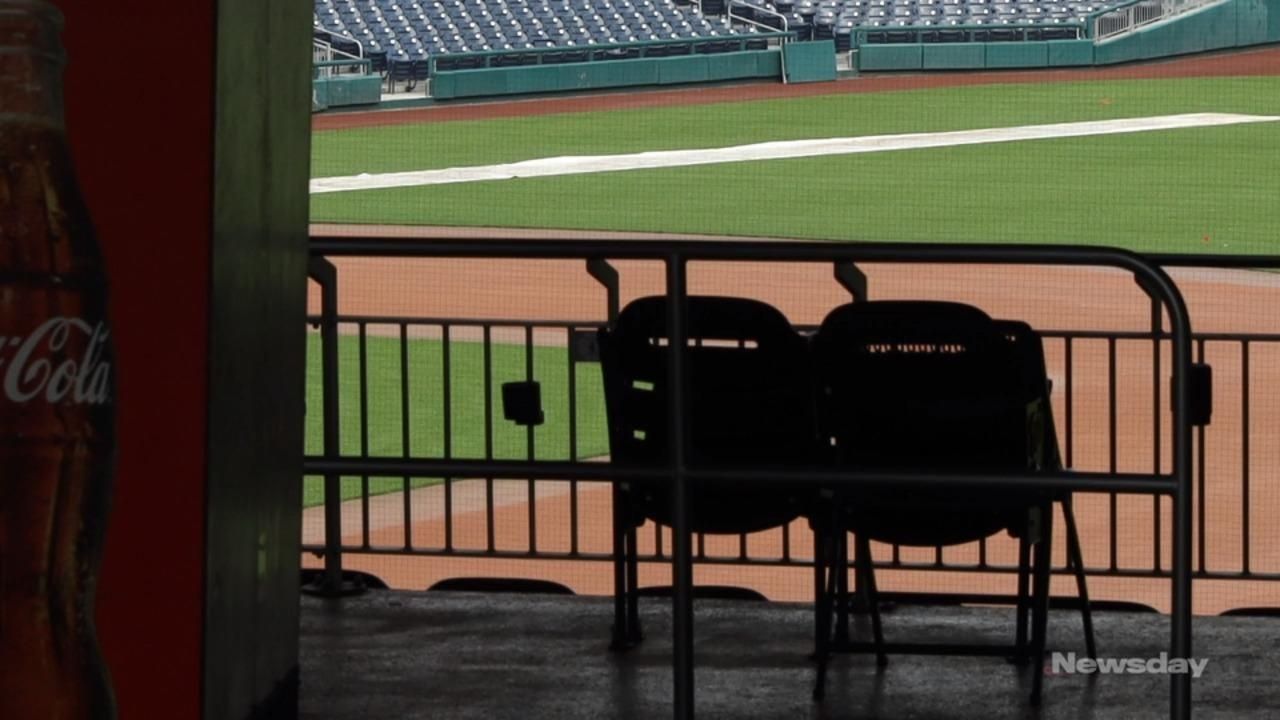 Popper & Lennon: When and how will sports return? Newsday's Knicks writer Steve Popper and MLB columnist David Lennon discuss the state of the sports they cover and when, if and how they will return to play when they are allowed. Credit: Newsday

We don’t fault MLB for trying, and this Phoenix plan, as first reported by ESPN and The Associated Press, is a good-faith effort to salvage some part of the 2020 season, as unrecognizable as it may be. Players spread out six feet apart in the empty stands rather than the dugout. No mound visits. An electronic strike zone.

On paper, that all looks fine. So does the concept of using Arizona’s 10 spring training parks, along with the retractable-dome Chase Field, to cram in as many games as possible, nearly around the clock, like a Little League tournament.

Strictly from a baseball perspective, that sounds as if it could be done, with a little creativity. MLB and the Players Association certainly have the motivation. There’s a ton of money at stake.

But you know what else hangs in the balance? The health of a lot of people, and we’re not just talking about the well-being of the players. In these pre-vaccination months ahead, that represents a potentially devastating risk.

Let’s pretend for a second that MLB could logistically come up with a way to sequester its 30 teams for five months. Conservatively speaking, with expanded rosters, that’s at least 1,500 people under MLB’s umbrella, restricted to the hotels and ballparks, leaving only for the bus ride in-between.

That’s a low-side accounting of players, coaches, video personnel and clubhouse staff. Add more if you consider the broadcast crews, both TV and radio, that travel with the team. So they’re all being asked to bunker down during this period, with no family contact, for five months.

Then factor in this: The Greater Phoenix area is home to 4.49 million people, according to the city’s tourism website, and who do you think will be working at these hotels and ballparks? Do they have to stay sequestered at their place of employment (or quarantined housing) for all that time, too? No families or friends for them either?

It’s a terrible bargain. We all want baseball back. But the coronavirus threat is not like rebuilding after a national disaster or some man-made horror. This is an invisible enemy that has yet to be contained, and anyone could be an unwitting accomplice.

The UK couldn’t stop the virus from putting Prime Minister Boris Johnson in the ICU. What hope does MLB have of keeping all 30 teams safe — along with Arizona’s citizens — by virtue of an airtight bubble that exists only in their imagination?

Commissioner Rob Manfred certainly realizes this. As does union chief Tony Clark, a former player himself. But it is interesting that the details of this Phoenix blueprint came to light only 48 hours after President Donald Trump had a conference call with commissioners from all of the high-profile sports and cited his desire to get the games going again “sooner rather than later.”

Still, MLB can’t force the issue. Even with expanded screening for the coronavirus — including the critical antibody test under development — that doesn’t wield the same security as a vaccine, which won’t be ready until early 2021. For example, just because everyone is negative before Monday’s game, that doesn’t mean they’ll remain that way for the week. And this country doesn’t have the resources yet for teams to be tested multiple times  just to play baseball.

“The health and safety of our employees, players, fans and the public at large are paramount,” MLB said Tuesday in a statement, “and we are not ready at this time to endorse any particular format for staging games in light of the rapidly changing public health situation caused by the coronavirus.”

MLB — and every other league, for that matter — is going to keep spitballing ideas about how to play games in 2020. That’s their job. They’re not going to sacrifice a season (and those considerable revenues) without exhausting every option. As things stand now, it’s an incredibly steep challenge, but it’s not impossible yet. Not officially, anyway, despite the long odds.

“MLB has been actively considering numerous contingency plans that would allow play to commence once the public health situation has improved to the point that it is safe to do so,” the league’s statement said.

Maybe, with the help of a medical breakthrough, we will get baseball again this year. It’s just tough to envision a place for it right now, Phoenix or otherwise.

Popper & Lennon: When and how will sports return?Newsday's Knicks writer Steve Popper and MLB columnist David Lennon discuss the state of the sports they cover and when, if and how they will return to play when they are allowed.

One more chance for young Rangers to show out
No plans for fans to attend Jeter's Hall of Fame ceremony
NYCFC's offensive approach not so one-sided in 2021
Kyrie drops 45, but KD struggles as Nets suffer fourth straight loss
Barry Trotz juggles Isles' top line, looking for some scoring
Isles struggling to finish line, lose to lowly Devils
Didn’t find what you were looking for?