TAMPA, Fla. — If the fifth spot in the Yankees’ rotation truly has been a legitimate, straight-up competition this spring, then it’s got to be just about over after Deivi Garcia’s start Wednesday against the Blue Jays at Steinbrenner Field.

Time to give Domingo German the nod.

That should be the call anyway as the high-ceiling Garcia, 21, again struggled with his command for the second straight start. Last Friday, he was effectively wild against the Phillies with three hitless, scoreless innings. But the Jays made him pay Wednesday with seven hits and four runs — including homers by Bo Bichette and Teoscar Hernandez.

There is another possible scenario, however, that Garcia was the predetermined winner of the No. 5 job coming into camp. And though he’s been erratic in these past two outings, he still hasn’t entirely collapsed in that pursuit. Plus, a handful of Yankees didn’t exactly welcome German back from his domestic-abuse suspension, and there’s something to be said for making him take the hard way back to the rotation based on that contemptible behavior. 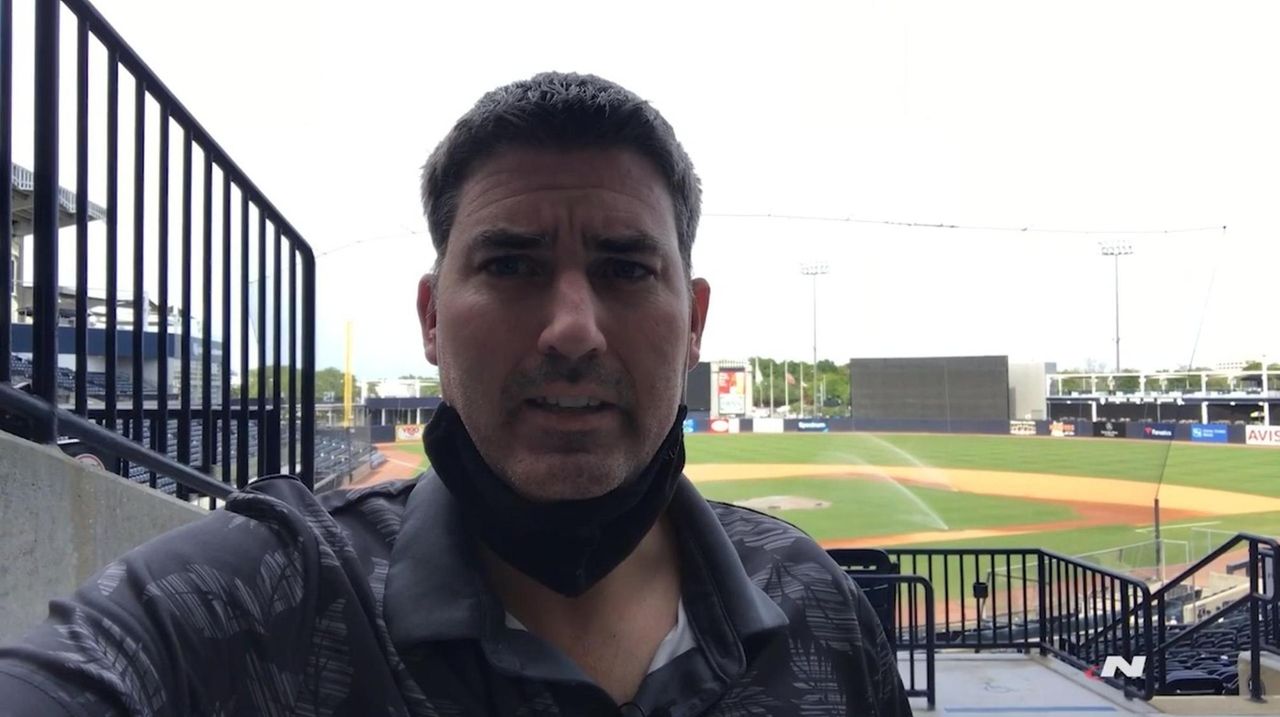 Boone hasn’t signaled the team’s preference publicly. And in the grand scheme of things, the Yankees will end up relying on both Garcia and German to split up a number of starts during the regular season.

But on a performance-based scale, German not only has looked more polished in outpitching Garcia this spring, he has a more substantive, impressive track record in the majors, even if his 18-4 season (4.03 ERA) was two years ago. When I asked Garcia if he felt the opportunity might be slipping away after Wednesday’s clunker, he wouldn’t go there.

On Wednesday, Garcia only got as far as a leadoff walk in the fourth inning. Once that put Garcia at 67 pitches, Boone came out to retrieve him. If this were a spring where a high-ceiling prospect like Garcia was only getting his work in to prepare for the regular season, then the numbers could be dismissed.

In his case, however, the statistics count. And Garcia can’t afford to labor like he did Wednesday so close to decision time. Not when he’s locked in a battle with someone pitching as well as German, who has yet to allow a run in three starts, striking out 13 with one walk over nine innings.

Garcia’s overall command issues were punctuated by an inability to put away hitters with two strikes. In the first inning, Garcia had Bichette 0-and-2 before throwing him a 94-mph fastball that split the plate. That speed in that spot isn’t going to work and especially to Bichette, who did a little bat flip despite not clearing the rightfield wall by all that much.

Hernandez only had to see on pitch for the same result in the third inning. This time, Garcia didn’t muster nearly enough heat to go upstairs (92 mph) and Hernandez smacked a long drive that caromed off the top of the 40-foot tall batter’s-eye for a two-run homer.

"There wasn’t as much life with all his pitches in the zone," Boone said. "Hung some breaking balls that got put in play hard. Maybe not quite the life through the zone and then not the great command. I thought that his stuff was all right, but just not that crisp finish that we've seen with that bite on the breaking ball or locating it properly."

For the exceedingly-positive Boone, not a glowing review by any means. And when the manager was asked for a possible reason why Garcia’s been off the past two starts, he pointed to one of his best attributes: the deceptive, somewhat unique delivery. When Garcia does come off the rails a bit, he tends to have trouble repeating that motion, or gets too "wind-y" as Boone explained, sort of over-rotating.

Garcia suggested the same thing in so many words. He’s just had trouble self-correcting the last two outings. Unfortunately for him, these are auditions, and it’s impossible to see them as passing grades.

"It can be like an internal battle," said Garcia, who now has a 3.86 ERA in five starts. "You’re trying to make the adjustments and you're not getting to where you want as far as executing your pitches. But at the same time you have to understand that outings like this will happen. It’s important to keep trying to make the adjustments. And that could be like the most frustrating part because you're trying and trying and trying but yet you don’t find a rhythm, or finding the results you’re looking for."

Garcia definitely didn’t get the results Wednesday. And we’ll known soon enough whether or not it mattered — or if this competition really existed.

Race for final Yankees roster spot could be over in next few daysMike Tauchman, Tyler Wade, Jay Bruce and Derek Dietrich more or less are the primary contenders.