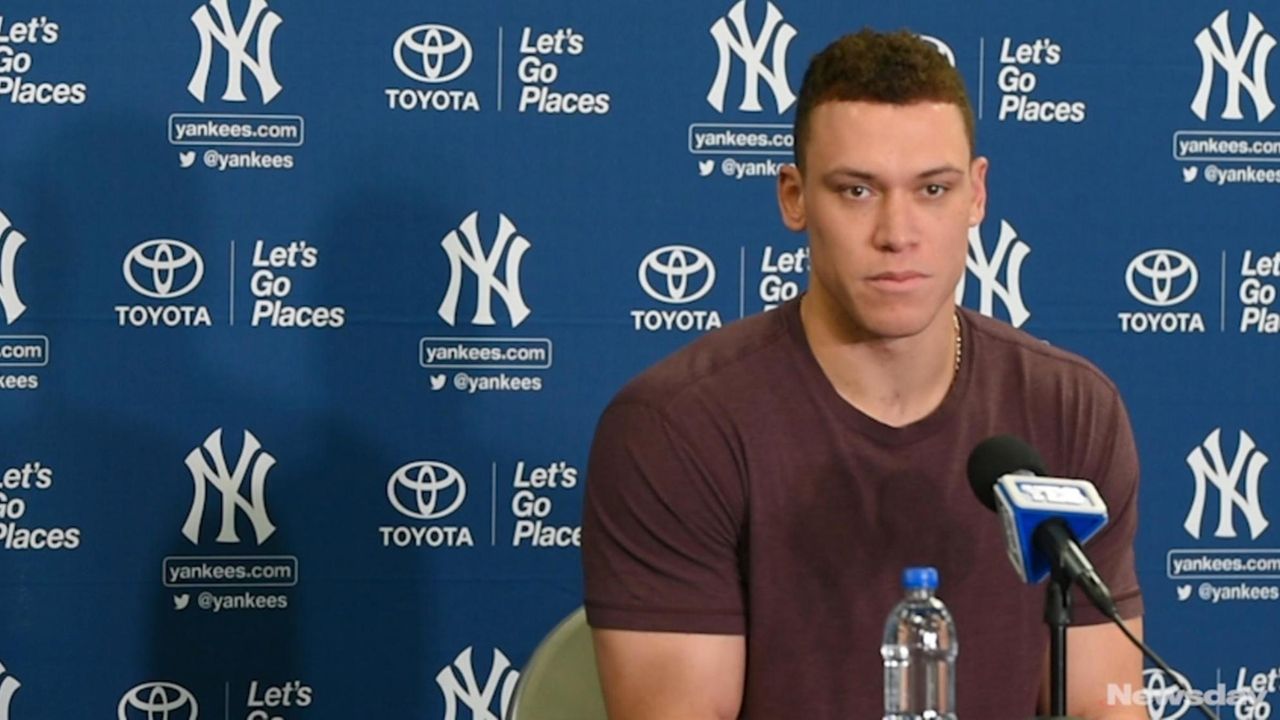 Aaron Judge only looks invincible. Truth is, that muscular 6-7 frame conceals many breakable parts. Smash them against an outfield wall, even a padded one, and the weak links crumble, transforming an MVP candidate into something considerably less.

Of all the lessons learned by Judge during his Rookie of the Year season, hopefully this glimpse into his own mortality sticks. And the Yankees, under new manager Aaron Boone, realize how much of a priority it will be to protect Judge, most importantly from himself.

It’s going to take some effort. One thing about 25-year-olds, they tend to believe they’re indestructible. Either behind the wheel, or in a half-pipe, or playing rightfield at Fenway Park, where the fearless Judge tumbled over a low retaining fence to make a spectacular catch last April. We can think of a handful of other times when Judge, quickly running out of room, barreled into the wall at Yankee Stadium, crunching his shoulder, his neck snapping back.

Judge’s ball-hawking behavior is admirable, and definitely appreciated by the Yankees’ pitching staff. But as he rehabs his way back from November shoulder surgery — necessitated by those high-speed collisions — trying to tone down that linebacker approach to the outfield would be a smart plan of action, especially now that the Yankees intend to use him in left on occasion after the trade for Giancarlo Stanton.

Boone doesn’t want Judge to play cautiously, but he can be coached to play smarter, and last year’s experience, his first full season, should enable him to have a better perception of his surroundings while tracking fly balls. The additional DH stints, as Boone uses a corner-outfield rotation that also includes Brett Gardner, can help Judge stay healthier, too.

All these months later, Judge finally admitted Wednesday that his left shoulder was bothering him much longer than he originally let on. Right around the All-Star break, in fact, which just so happened to be the start of a 46-game freefall that was painful to watch. During that plunge, Judge batted .176 (28-for-159) with a .676 OPS and 70 strikeouts, or one every 2.3 at-bats.

Something obviously was wrong with him. But the Yankees downplayed the injury aspect, revealing little about Judge’s aching shoulder. Now that we know Judge’s shoulder later required a “loose-body removal” and “cartilage clean-up,” the physical issues provide a clearer picture of what was going on, despite Judge giving the standard response to such claims. “I don’t want to make any excuses, so I never want to blame a shoulder or a knee or any injury,” Judge said Wednesday. “If I’m willing and able, and my body is able to play, then it’s all on me. ”

We expect as much from the stoic Judge. But that doesn’t mean his shoulder limitations weren’t having a direct effect on his performance at the plate. Judge eventually pulled out of that nosedive, and recovered to hit .311 (28-for-90) in September with 15 home runs and a 1.352 OPS for the month. “The biggest thing for me was learning how to play with it,” Judge said. “If I’m at 80 percent, learn to play at 80 percent, with new mechanics and changing some things up.”

Boone recalled noticing that Judge’s timing was off during his tailspin, and again, being out of sync would have a direct correlation with a shoulder that wasn’t functioning correctly.

For now, the Yankees are taking it slow with Judge. He’s expected to rest more early in the Grapefruit League schedule, and Boone will be careful getting Judge ready for the season. As powerful a weapon as Judge is, more protection wouldn’t hurt.

NYCFC tops Revs in PKs to reach club's first ever conference final
Nets lose 16-point lead but hold off pesky Knicks
Barker: Time for Randle to emulate Durant's heroics
Knicks have no answer for Harden in loss to Nets
Mets in good, if incomplete, shape as baseball lockout seems imminent
Yankees tender contract to Gary Sanchez
Didn’t find what you were looking for?