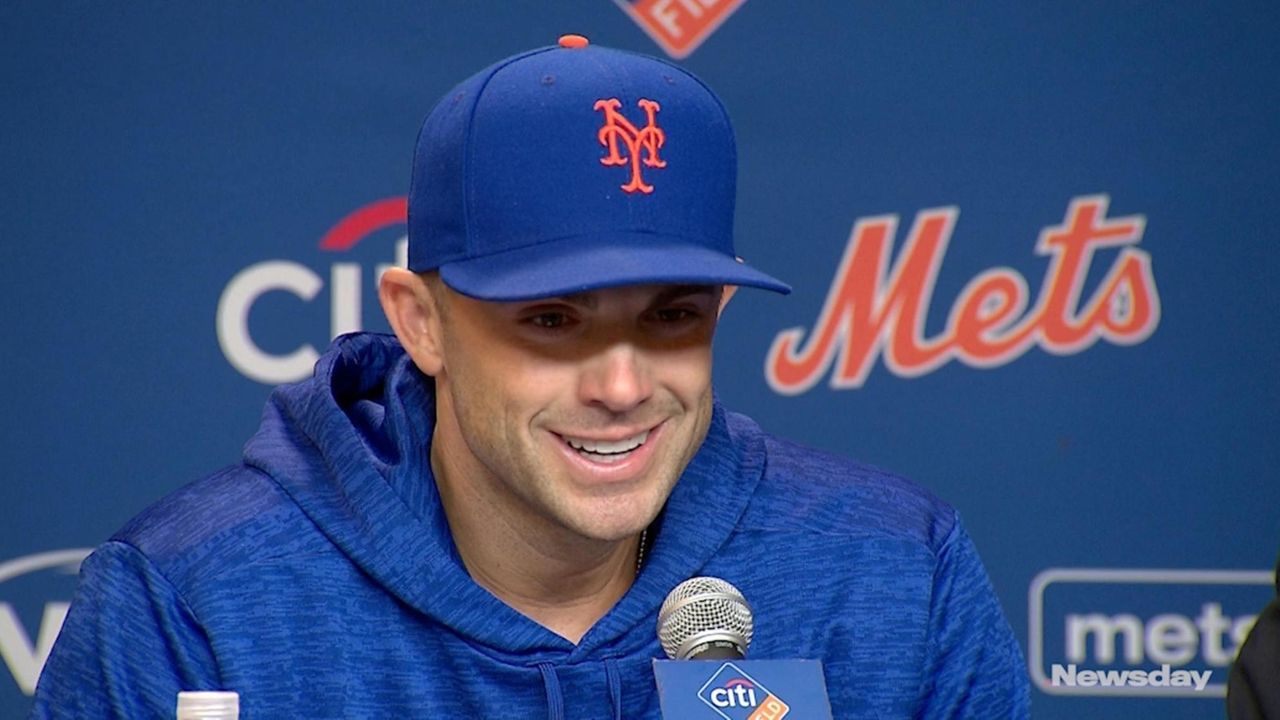 On Thursday, the Mets announced that third baseman David Wright will suit up and start for the Mets likely for the last time on Sept. 29 against the Marlins. Credit: News 12 Long Island

For two years-plus, David Wright was the guy in the neck brace. Or the ghost in the royal blue hoodie. He was written off as an insurance check, a payroll liability, his future kicked around in speculative conversations about the Mets.

And through it all, as the team trudged onward without him, Wright had the surgeries, endured the grueling rehab, fought his private fight quietly, away from the noise. That singular focus, a testament to Wright’s lifelong work ethic, finally got him to Thursday’s news conference at Citi Field, where he revealed the best ending he could possibly hope for.

A chance to play for the Mets, at least one more time, with a Sept. 29 start at third base against the Marlins at Citi Field. He’ll be activated for the entire homestand, but with a body too broken to handle multiple days, it seems unlikely for Wright to see any additional action.

This was the inevitable conclusion, and Wright admitted Thursday that he had come to terms with his fate more than a month ago, when his back, neck and shoulder kept rebelling against the more grandiose plans of his heart and mind.

One game. How could Wright possibly be satisfied with that? And yet, as his voice cracked, his eyes reddened, and the tears flowed, Wright expressed nothing but gratitude for this opportunity. A seven-time All-Star just happy to put on the uniform again, perhaps make a few plays, “get a hit or two,” as Wright said.

It was only then that we truly realized the depth of Wright’s struggle, how hard this battle was, the only victory being a conditional surrender. Wright had no choice but to walk away because of this avalanche of medical woes, but he could do so with his two daughters, Olivia and Madison, watching from their seats at Citi Field. And that was among the many things he felt thankful for.

“I look at it like I was extremely lucky to have the career that I had surrounded by the people that I had,” Wright said. “If I were to sit here and play the ‘what if?’ game, it would drive me crazy.

“There’s not a lot of people out there that can say that they made it to the big leagues, that they got to be with one team for their entire career, and they got to be captain on that team. And have the success that -- at least in my mind -- I’d like to think that I had.”

Wright’s success goes well beyond the numbers. He’ll finish at the top of nearly every Mets offensive category, and Wright was on a Cooperstown track before this flurry of serious injuries derailed him. But what we’ll choose to remember is how Wright was a total pro from the day of his 2004 call-up, and never changed during his 14-year career, despite extremely turbulent (and often embarrassing) times for the franchise.

He was truly a captain in every sense, never bowing to the negativity that tends to snowball around the Mets. After losses, it was Wright who found the silver lining. When the latest controversy surfaced, Wright didn’t duck the spotlight. The face of the franchise doesn’t hide in the clubhouse cafeteria. When Wright stepped up to the microphone Thursday, he held a page of notes in his left hand and a towel in his right.

Checking that paper, Wright made sure to thank the Mets’ ownership, the front office, his teammates, the coaches, the staff, his agents, his family, and yes, even the media. Occasionally, Wright choked back tears mid-sentence, dabbing his eyes with the towel. He called it the “honor of a lifetime” to serve as captain, and credited the fans for “always having my back.” Wright denied there ever being a rift over his comeback attempt, and COO Jeff Wilpon said that neither finances nor insurance were involved in the decision-making process.

“This is not what anybody wanted to be doing today,” Wilpon said.

That wasn’t entirely true. For Wright, who had been seeking some degree of closure, there was a salvation among the teardrops. The goal was within reach, even if it wasn’t the dream Wright had once envisioned. He deserved better.

“I truly bleed orange and blue,” Wright said, “and throughout this process, the love and support and the respect from inside and outside the organization has meant the world to me. That support has really gotten me through these last couple of years.”

Somehow, Wright made it back. And for that, after everything he’s given the Mets, Wright won’t be the only one feeling grateful on Sept. 29.

Wright's last game during Mets' final homestandDavid Wright didn't want to go out at all. But at least he'll be able ... Will Wright, Reyes play next to each other one last time?From 2004-11, David Wright and Jose Reyes played side by side on the Mets' infield, ...