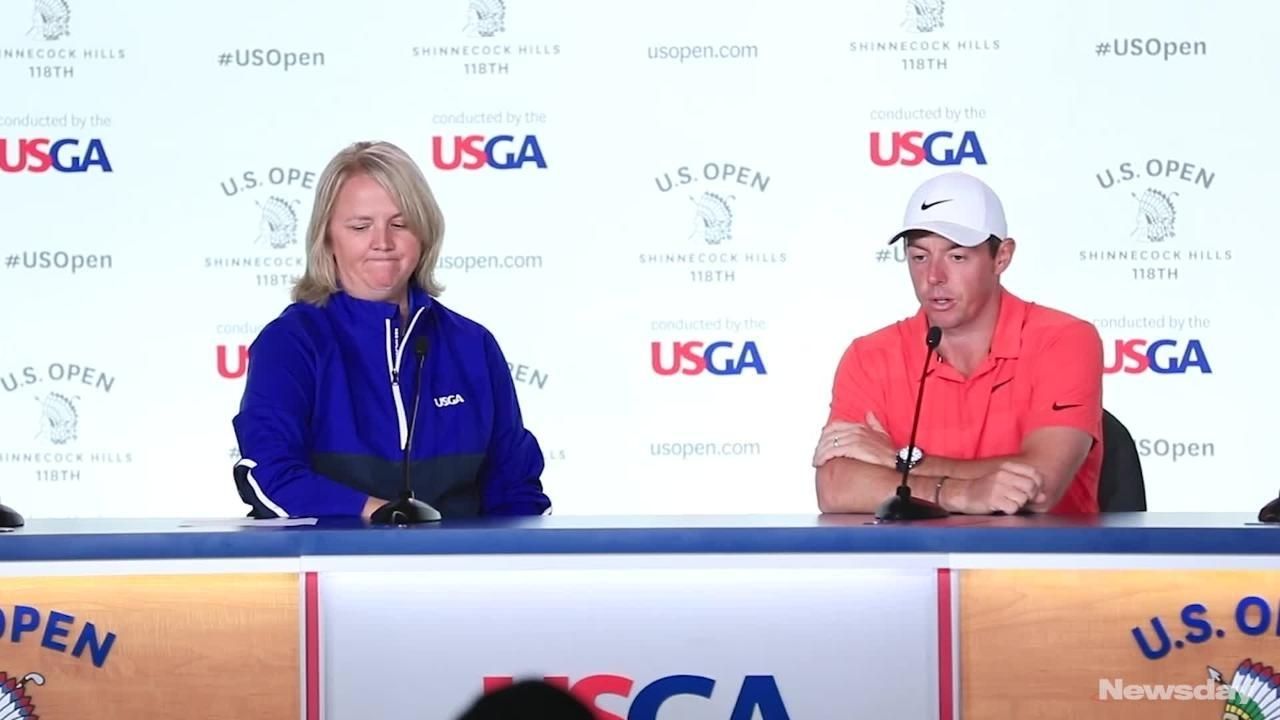 So, do you want to hear a triumph-over-traffic tale? Justin Thomas has one. “This is actually a pretty funny story,” the PGA champion said.

He went on to tell how, as a teenager entered in the 2010 U.S. Amateur, his mom was driving him to the course at Chambers Bay when they became hopelessly stuck behind a backlog caused by an accident. Thomas was almost certain to miss his tee time until his mom looked over at a car careening through the shoulder, around the cars and onto the exit ramp.

“We just followed him,” Thomas said, adding that he reached the course 12 minutes before his starting time, hit three balls and went out and shot 2 under. By then, he learned that the lead car had been carrying Smithtown’s Jim Liu, who had beaten Thomas in the Junior Amateur final earlier that summer. Leave it to a Long Islander, Liu’s father, to figure out a way.

Unfortunately, there are no clear pathways, no wide-open exits that lead to Shinnecock Hills. U.S. Open practice rounds began Monday and turned the eastbound South Fork road into one long parking lot. Thomas and some other pros were lucky enough to find places to stay that are east of the course, allowing them to drive freely against the flow. For most of us, there is no triumph over traffic.

Tiger Woods, who is staying on his yacht in Sag Harbor, has heard the horror stories. “You get maybe a fender bender, it’s not inconceivable someone could miss their [tee] time,” he said.

The question is whether this is all worth it. So far, fans apparently like the Open once they get here. Shinnecock Hills is a source of great pride for Long Islanders, even though the overwhelming majority of us never will have any connection to the club. The U.S. Golf Association, which already has scheduled another Open here in 2026, feels the same way.

In choosing Open sites, the course comes first, logistics come later on the priority list. Davis pointed out that Pebble Beach, host for the 2019 Open, presents its own logistical challenges. He added that the USGA “threw in the towel” for decades about Merion before making it work with creative plans (including getting neighboring homeowners to give up their yards for the week).

It would be a shame not to have more Opens at Shinnecock, the only course to host the tournament in three centuries. “It’s a spectacular design,” Jordan Spieth said on Tuesday. “The shapes of holes, the kind of shots you have to hit . . . It makes you think a lot.”

The problem is that no one envisioned gridlock back in 1896, when golf fans arrived at Shinnecock by carriage. With so many people now living to the west and commuting to the East End, daily traffic is much heavier than it was even during the 2004 Open. And it is not getting better.

On top of that, Davis said the USGA is aware that the college across the street, which is being used for housing and priority parking this week, is expected to be converted into the new Southampton Hospital by 2026. That creates a whole new batch of issues.

Whether Long Islanders will, or should, endure the angst is an open question. For what it’s worth, this observer agrees with the people who run the Open. We can’t beat the traffic, but idling on Route 27 is better than not having the biggest show in golf nearby.

“It starts with the golf course,” said John Bodenhamer, senior managing director of championships and governance for the USGA, “and this is a national treasure here, for sure.”

No second Olympic diving medal for LI's Capobianco
USA reaches medal round behind KD's 29 points
Watch Joey Gallo's fantastic catch in left field
Conforto sits as Rojas believes problem is his mental approach
Kluber takes another big step by throwing from Stadium mound
Nimmo not in starting lineup as hamstring remains an issue
Didn’t find what you were looking for?