And now, a few words from UFC middleweight champion Israel Adesanya that may bring about a sense of happiness and appreciation for that set of mixed martial arts fans who appreciate yesteryear:

"I want to do right by the division, like GSP did at welterweight, like Demetrious did at flyweight, like Anderson did at middleweight. I want to make the middleweight division great, man.”

Adesanya referenced Georges St-Pierre, Demetrious Johnson and Anderson Silva, who coincidentally are the three fighters with the most consecutive title defenses in UFC history. Johnson defended his title 11 times, Silva 10 and St-Pierre 9.

The days of such sustained success at the championship level mostly are gone, due in part to the ever-evolving sport and a generation of fighters who grew up following MMA, now out there for all to see in the mainstream instead of being refined to satellite TV and VHS tapes in the back rows of a video store. (See, kids, there was this time when you would have to leave your house, go to a store, pick up an object off a shelf, rent it, then insert it into a machine at home to watch a movie. It was wild.)

But the larger reason those words from Adesanya (18-0) during Wednesday's media scrum after UFC 248 open workouts in Las Vegas resonates is this: Fighters so rarely say this anymore.

In a different time, fighters spoke of "cleaning out the division." It meant beating every contender that came about in the weight division to the point where their intriguing (and sellable) matchups ran dry. St-Pierre did that. Johnson did that. Silva did that.

Now, it seems as soon as a fighter wins a title, he's calling out the champion in another division during his post-fight interview inside the octagon he just competed in a few minutes prior.

Conor McGregor changed this part of the game to some degree. But not everyone is as gifted on the microphone as he is. Not everyone builds a passionate, dedicated and loyal army of fans like he did.

McGregor won the UFC featherweight title, then moved up to challenge for the lightweight title. He won that belt and became the first fighter in UFC history to hold titles in two weight classes at the same time. He never defended either title.

Since that moment, it seems every new champion wants to immediately challenge for another title, as if the path to superstardom and a financial windfall is so short for everyone. It's not, but let's at least credit them for trying. 'A' for effort, no doubt.

Adesanya, to his credit as well, is headed in the other direction. He doesn't need to chase the money in what many now refer to as "the entertainment model" of the UFC. Adesanya possesses the magnetic personality, the fighting talent and the charisma. He is the hunted, not the hunter.

Adesanya's words Wednesday were not just an answer to a random question during a fight-week scrum. They were just the next time he has expressed this same goal since stopping Robert Whittaker via second-round knockout at UFC 243 last October in Melbourne, Australia. Even when he and Jon Jones get into their social media sparring rounds, sure, Adesanya claps back at him, but he always brings it back to the middleweight division and the line of 185-pounders waiting for him. Particularly Paolo Costa, Jared Cannonier, Darren Till, Kelvin Gastelum, a rematch with Whittaker and, of course, Saturday's opponent in Yoel Romero.

Romero (13-4) has lost his last two fights, and three of his past four, including two to Whittaker. Such a streak normally leaves people questioning whether or not a fighter coming off a loss should get a title shot. 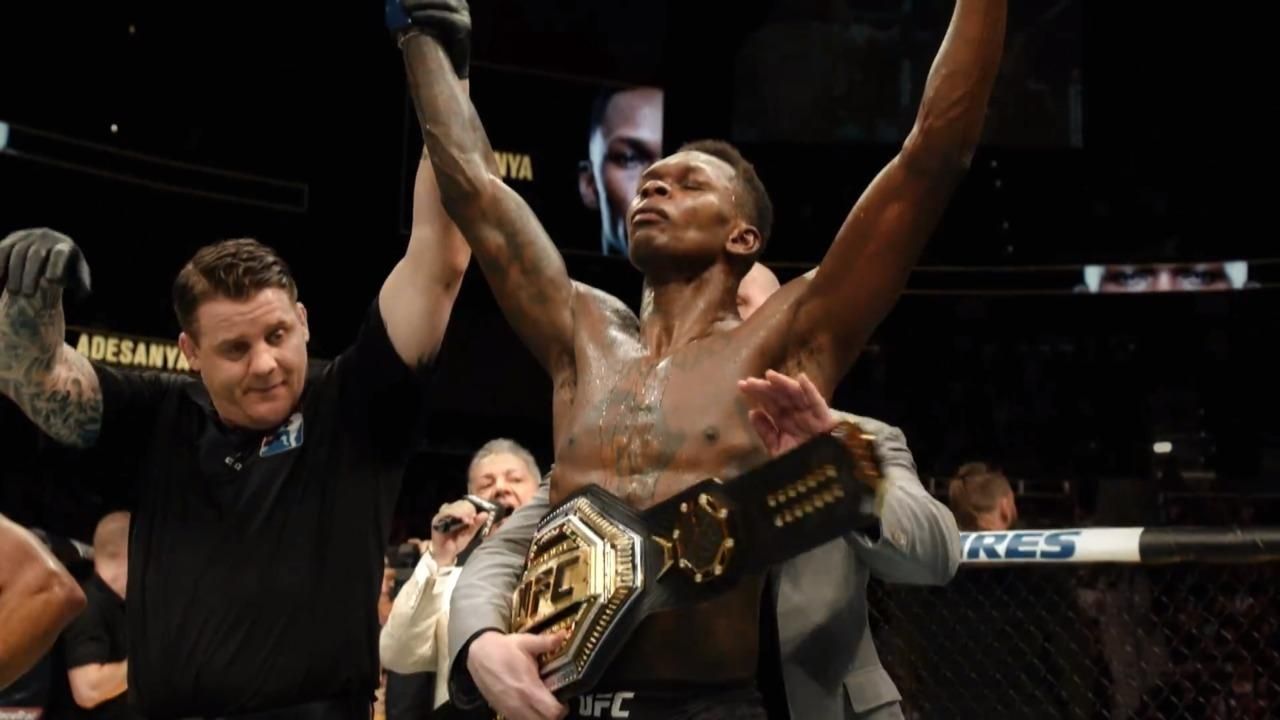 “There’s a reason I called him out. He doesn’t deserve this fight, not even close," Adesanya said. "But he’s a dangerous man. He’s a guy that in the era, everybody runs away from. I'm a guy that if I see people running away from something, I’m like, 'Why you running away? What’s over there?' And I’ll have a look. I’ve seen the guy get rocked. I’ve seen him get hurt. I've seen him tired, many times. Every fight he gets tired. He’s human.”

Indeed, Romero is human. He's also a middleweight. As is Adesanya, and he wants to stay that way for some time. Let him do that.

UFC 248 fight week photosScenes from Las Vegas as UFC 248 fight week has arrived, with Israel Adesanya vs. Yoel Romero in the main event, and Zhang Weili vs. Joanna Jedrzejczyk in the co-main event UFC 248 preview: Adesanya vs. RomeroIsrael Adesanya will defend his middleweight title at UFC 248 against Yoel Romero on Saturday UFC 248 fight card: Adesanya vs. RomeroSee the latest fight card for UFC 248 on March 7 in Las Vegas UFC 248 preview: Zhang vs. JoannaZhang Weili will defend her strawweight title at UFC 248 against former champion Joanna Jedrzejczyk on Saturday