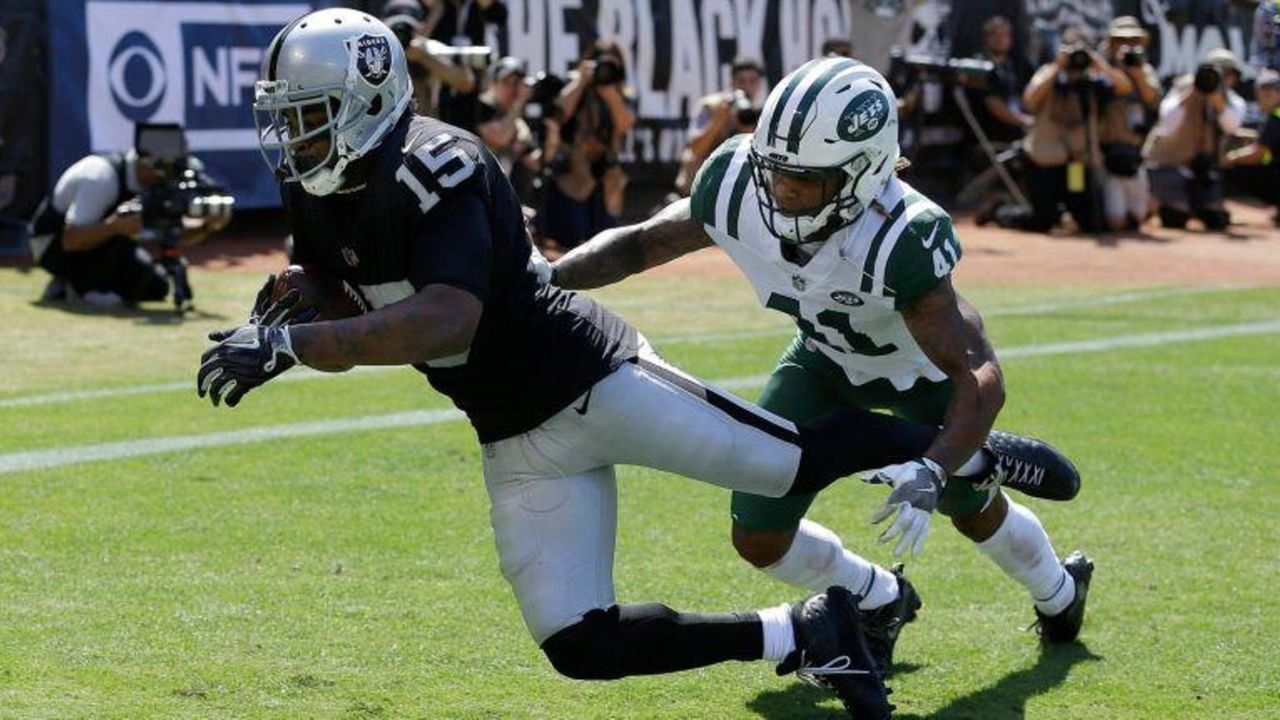 Rule of thumb for NFL defenses playing on the road: When the opposing team’s star running back is dancing on the sideline during a timeout and the entire stadium is rocking along with him, it generally is a bad sign.

So it was for the Jets on Sunday, even more so than the dismal statistics showed.

The fact that Marshawn Lynch took it upon himself early in the fourth quarter to rub the Jets’ faces in what became a 45-20 loss was a slap in the face to everyone on the visitors’ sideline, but especially to the defense.

The question is whether the slap will wake them up in time for the home opener against the Dolphins next Sunday, or by December.

Jenkins said he did not consider Lynch’s dance unsportsmanlike but rather a right he earned after the Raiders owned the Jets.

No one expected these Jets to be a good team, and many fans do not even want them to be one as they root for an early pick in next year’s draft. But the defense was supposed to be the less-bad unit compared to the offense, full of young talent such as safeties Jamal Adams and Marcus Maye, budding star lineman Leonard Williams and his well-paid partner, Muhammad Wilkerson.

The plan was to have the defense keep the Jets in games and competitive enough to allow the relevant pieces of a future contender to develop.

Instead, the unit has been burned repeatedly on big plays, a problem in the opener — in which the Bills totaled 408 yards, 190 on the ground — that recurred against the Raiders (2-0), only more spectacularly.

This time the Jets allowed 410 total yards, including 180 on the ground — more than half coming on touchdown runs of 43 yards by Cordarrelle Patterson and 52 yards by Jalen Richard, who also gained 39 yards on a short pass from Derek Carr. The Raiders also scored on a 26-yard touchdown pass from Carr to Michael Crabtree.

It would be unfair to say the Raiders involved were untouched on those plays. They might have been grazed at times by would-be Jets tacklers.

Asked about his defense through two weeks, Todd Bowles — a defensive guy as both a player and coach — said, “Consistently, not very good at all.”

Again, the point here is wins and losses — not this season, but that does not suggest these games are irrelevant to the bigger picture. Players and coaches are supposed to be developing and being evaluated.

“It’s getting to me,” Jenkins said. “It’s just getting to the point where it’s getting out of hand. We can’t have those types of runs if we want to be successful as a defense.”

There was a moment when it appeared the Jets might make a game of it. That was before a muffed punt by Kalif Raymond opened the door for a touchdown run by Lynch to make it 21-10 with 21 seconds left in the second quarter. The coup de grace was Patterson’s 43-yard run up the middle on a third-and-1 that made it 28-13 late in the third quarter.

“As a defense, our job is to stop the run,” lineman Kony Ealy said. “It’s very frustrating when you don’t do that.”

They also didn’t stop the pass, or bother the passer. Derek Carr was not sacked (or hit) while completing 23 of 28 passes for 230 yards and three touchdowns.

Bowles had been critical of his defensive line after the opener, but after Sunday’s game, he said he liked what he saw from the front seven better this time. He spoke to Williams and Wilkerson after the game.

What did he say? Wilkerson said he reiterated what he had said to the entire team, that there were “about, like, five plays where we pretty much caused ourselves to lose the game.”

Well, yes, that can happen when the opponent is chewing up yards in pieces — in this case both on grass and the baseball infield dirt at old Oakland-Alameda County Coliseum.

That’s the idea, anyway. But it has not looked that way so far.

Castellanos stays with NYCFC on new five-year deal
See the schedule for the Isles' first-round series vs. the Penguins
Isles to play Game 1 against Penguins on Sunday
Frazier sees similarities between Thibodeau's and Holzman's Knicks
Harden returns with double-double, Nets romp past Spurs
Dominant Cole fans 12 in eight innings as Yanks top Rays
Didn’t find what you were looking for?