The NHL and its television partners deserve high marks for staging playoff games in Canadian “bubbles” that have allowed us to suspend disbelief and pretend things are sort of normal.

Most of the time, it has been easy to focus on the action and not notice the empty seats around it.

But come Thursday night, it will be impossible not to watch the Islanders and Flyers in Game 6 of a second-round playoff series without thinking about how much cooler the whole thing would be under other circumstances. 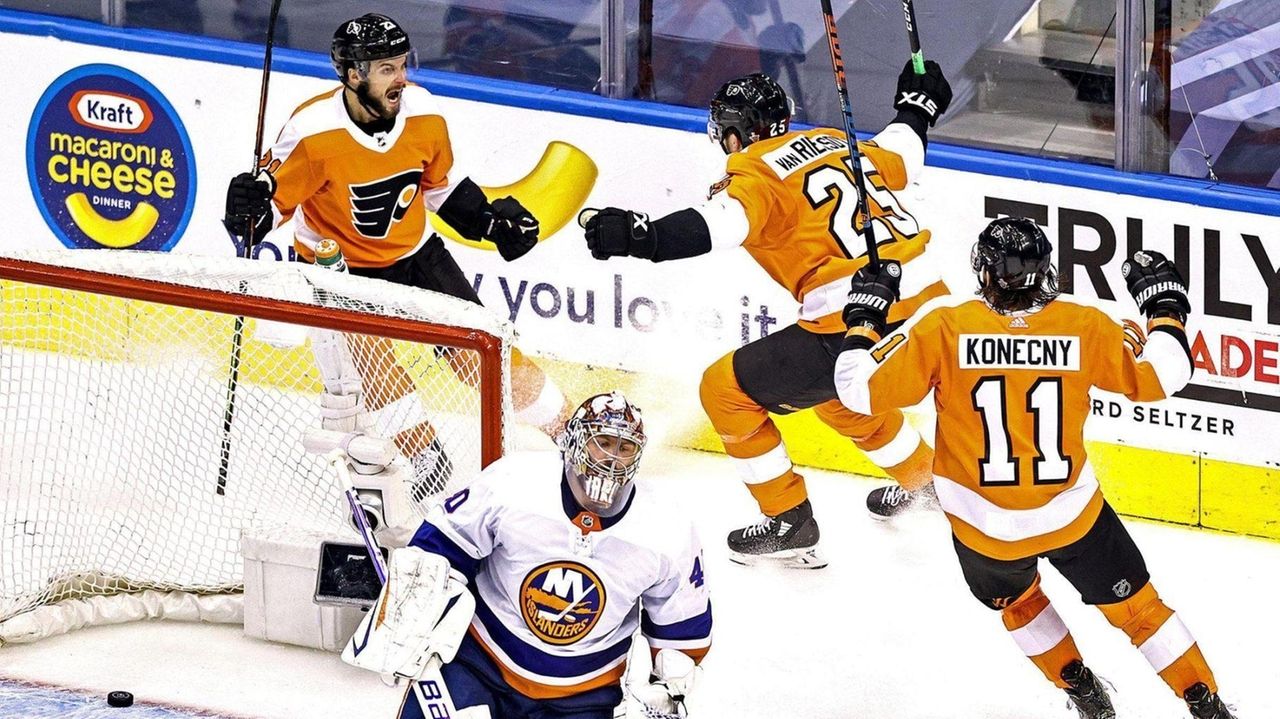 Islanders look to close out Flyers in Game 6 The Islanders know the series clincher is always the hardest one to win, but they're ready to close out the Flyers on Thursday night in Game 6 of their second-round series. Credit: NHL

Adding to the drama would have been the building’s own recent near-death experience, which has played out during the playoffs and involves a numbing array of economic and political nuances I mostly don’t understand.

All seems on course for the Islanders to return for one last go-round in 2020-21, but not Thursday, alas.

David Volek’s famous overtime Game 7 winner in the second round in 1993 came at the Igloo in Pittsburgh, so the last time the Islanders advanced to a conference final at the Coliseum was on April 18, 1984. Pat Flatley scored twice as the Islanders beat the Capitals, 5-3, for a 4-1 series victory.

Among the current Islanders players, only Andy Greene and Johnny Boychuk were alive. Barry Trotz was preparing for his first coaching job that autumn, as an assistant at the University of Manitoba.

Thirty-six years later, the home crowd has not gotten to enjoy that milestone since, and with the Islanders set to move to UBS Arena in 2021-22, the Coliseum might never get a shot to host a game as big as this again.

There is nothing anyone can do about this, of course. Both teams must do what everyone in the NHL and NBA bubbles has done and seek motivation from within.

Before Game 5, Islanders captain Anders Lee said that playing in an empty arena in Toronto took some getting used to but that now it feels close to natural.

“It is our new normal a little bit,” he said. “I think the first few games were for sure an adjustment, even just the sightlines and stuff like that.

“But I think everyone went through that and now I guess we’re just pretty used to it and every game feels more and more like the one before it and normal.”

Casey Cizikas, a longtime fan favorite, agreed with Lee that at first “it was a little weird,” but said players are accustomed to it now and only can serve their remotely located fans by winning.

“We want to play well for everybody watching back on the Island,” he said.

None of this feels normal to Trotz. He said the NHL and NBC have done a good job making games seem loud on television, but that in person “it’s very quiet, actually.”

“Home-ice advantage is just the last [line] change right now,” he said. “Some rinks are a little more intimidating, ours being one of them, and you can carry the momentum a little longer. Your momentum and all that has to come from your bench.”

Trotz said it is difficult even to get a feel for the excitement among fans back home, given most of the news surrounding him is Canada-oriented. “When they say you’re in a bubble, you really are in a bubble,” he said.

The NHL has piped video of cheering fans into the arena, but it’s not the same. Nothing is the same.

“All your motivation and all your focus comes from one thing, and that’s the group that’s in that [locker] room,” Trotz said.

That has been enough for the Islanders to get this far. But it’s a pity their old building can’t help them take the next step.

Jets defense covers for Wilson in win over Texans
Giants' defense comes up big in win over Eagles
Best: Jets QB Wilson notes his inconsistency, trusts in process
Jets' Walter is homecoming king: First TD with family in stands
Jets Q&A: Franklin-Myers makes up for last week's mistake
Grading the Giants in Week 12 vs. Eagles
Didn’t find what you were looking for?