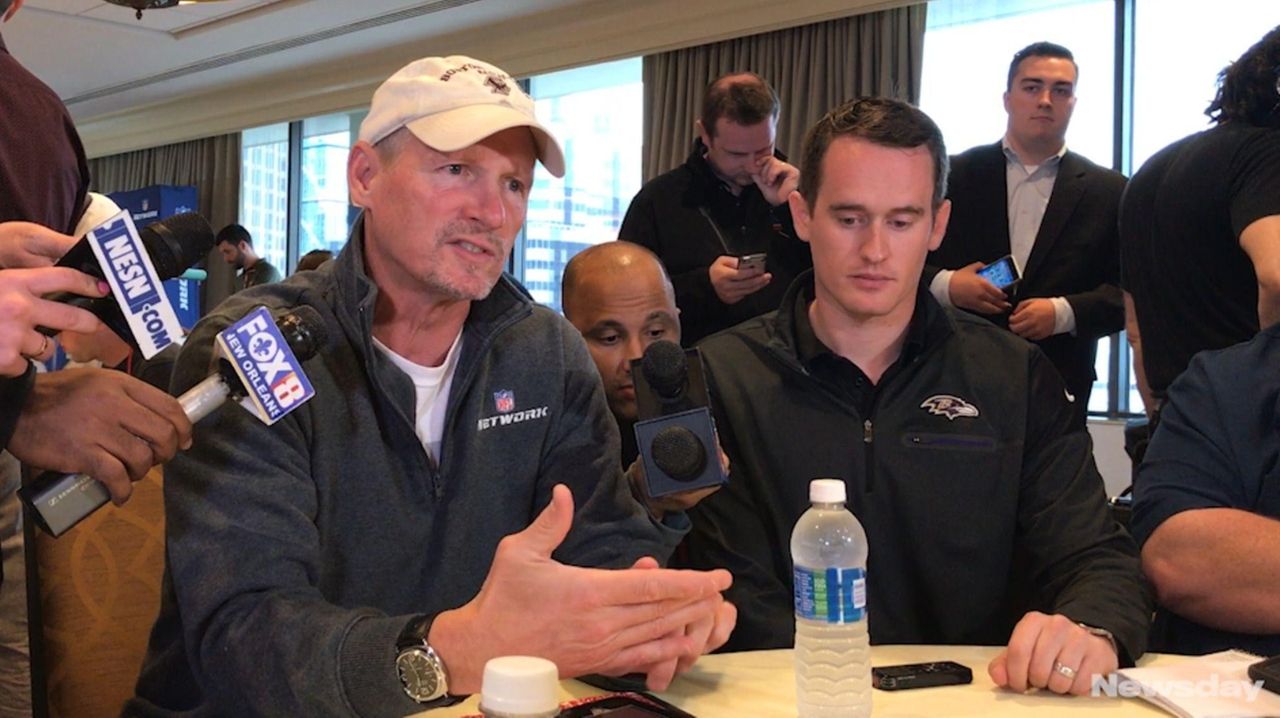 1. Browns: Myles Garrett, DE, Texas A&M. Described by some scouts as a pass rusher who comes along once in a generation. Browns sure hope so.

4. Jaguars: Leonard Fournette, RB, LSU. Plenty of scuttlebutt that the Jaguars are in the market for a quarterback, but Fournette can take some pressure off incumbent Blake Bortles.

5. Titans: Solomon Thomas, DE, Stanford. A terrific pass rusher with plenty of speed off the edge.

6. Jets: Malik Hooker, S, Ohio State. QB or not QB? If the Jets don’t take a passer, Hooker is a big-time talent who can start immediately and might make Calvin Pryor expendable.

7. Chargers: O.J. Howard, TE, Alabama. Chargers went against the grain taking Joey Bosa early last year, and Howard would be an unexpected move. But a good one, especially with Antonio Gates close to retirement.

8. Panthers: Christian McCaffrey, RB, Stanford. A terrific all-around back who even can play slot receiver. Hard for Panthers to pass up his talent.

12. Browns: Mitchell Trubisky, QB, North Carolina. Browns haven’t dismissed the idea of taking Trubisky at No. 1 overall, but why miss out on Garrett when you can get a quarterback here?

13. Cardinals: Deshaun Watson, QB, Clemson. Cardinals looking for an heir apparent to Carson Palmer, who may be in his final season.

14. Eagles: John Ross, WR, Washington. Eagles signed Alshon Jeffery to a one-year deal, so adding a burner such as Ross would be another major boost for Carson Wentz.

15. Colts: Derek Barnett, DE, Tennessee. Colts are weak on both lines, and Barnett can be a worthy successor to recently retired Robert Mathis.

17. Redskins: Jonathan Allen, DT, Alabama. Allen is disruptive in the trenches, and if he fell this far, Washington would be fortunate to get him.

18. Titans: David Njoku, TE, Miami. Titans have shown plenty of interest in Njoku, who could be a prime target for Marcus Mariota.

20. Broncos: Forrest Lamp, OL, Western Kentucky. Broncos need big-time help at left tackle, and while Lamp has been projected more as a guard, he may be talented enough to move outside.

21. Lions: Haason Reddick, LB, Temple. Scouts have been more and more impressed through the course of the offseason with this sure tackler from the same program as Mo Wilkerson.

23. Giants: Garett Bolles, T, Utah. Had only one season of major-college football but has the kind of nasty streak that teams love in young linemen. Giants need added depth along the line.

25. Texans: Patrick Mahomes, QB, Texas Tech. A year after the failed Brock Osweiler experiment, Bill O’Brien can mold a young quarterback with a rocket arm into a big-time passer.

27. Chiefs: DeShone Kizer, QB, Notre Dame. No need for Kizer to start immediately with Alex Smith still there. Would be a perfect landing spot with quarterback-friendly coach Andy Reid.

31. Falcons: Kevin King, CB, Washington. Falcons don’t have many pressing needs after getting to the Super Bowl, but cornerback depth is a welcome luxury.

Obi Toppin wants in on slam dunk contest
Miller comes off COVID-19 list, returns to Rangers lineup
Fan-tastic win by Rangers over Bruins
Hamstring will keep Durant out through the All-Star break
1:12 Alonso speaks to media at Mets spring training
Lennon: Alonso hungry to show he learned from 2020 struggles
Didn’t find what you were looking for?