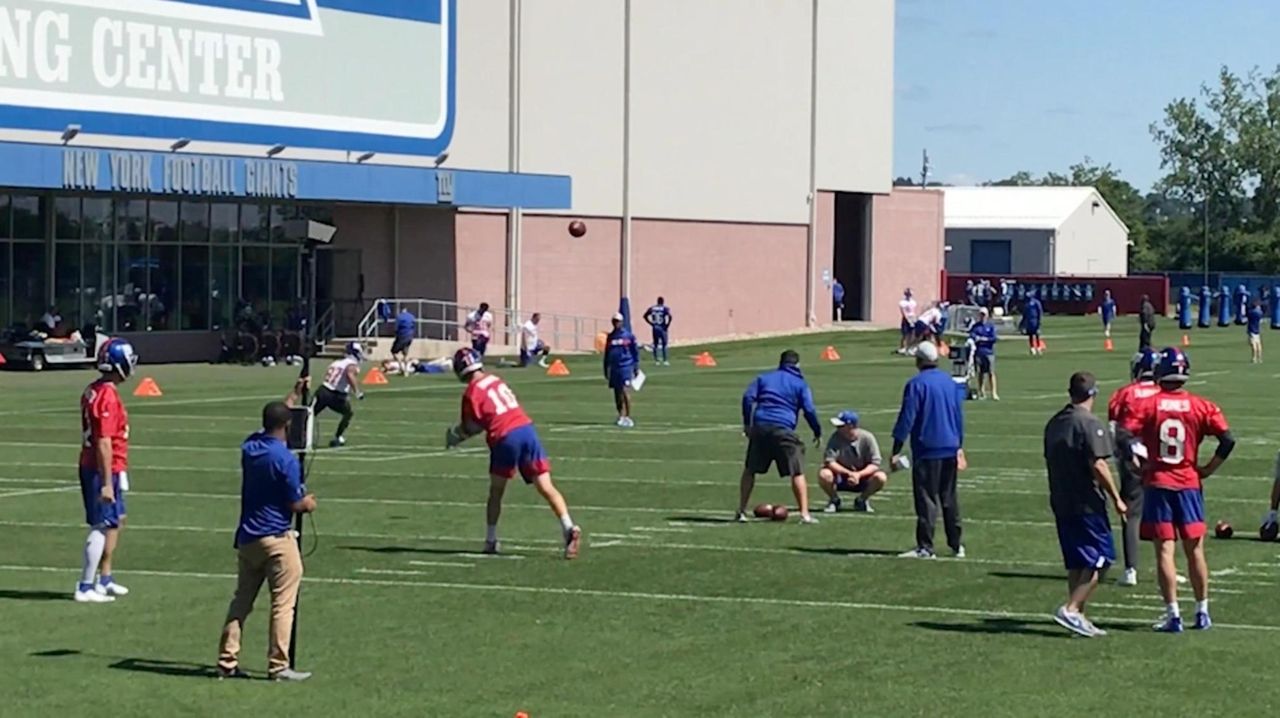 So much has been made about how similar Daniel Jones is to Eli Manning.

On Tuesday, the rookie quarterback displayed how different they can be.

In the middle of 11-on-11 drills at the first day of minicamp, Jones kept the ball on a read option, rolled to his right, and took off down the field for a long run.

“Man, he pulled that thing and picked the knees up,” wide receiver Sterling Shepard said of the play. “He looked good.”

“I was like, ‘Ooh, he’s got some speed on him! He ain’t scared to run!’ ” fellow wide receiver Cody Latimer added. “You hear about it, but to see that little burst from him it was like, ‘OK, he’s got it.’ He’s a big guy, to see how explosive he is is very impressive.”

It was the kind of play Giants fans haven’t seen in a game in about two decades, at least not from the offense. And it was the first time in front of outside observers that Jones did something Manning cannot.

Pat Shurmur said the Giants have had that play in their repertoire in the past. On Tuesday they ran it a number of times, each time prior to Jones' dash handing it off to the running back. Having the quarterback keep it? “Depending on who the quarterback is and his skill set, certainly that’s always available to us,” Shurmur said.

“He obviously moves around well,” Shurmur said of Jones. “He’s down there around a 4.6 and I think he had 17 rushing touchdowns [in college].”

Shurmur said he thinks Jones would have scored on the play. It was hard to tell how it would have finished because of the rules of engagement in offseason practices like this one.

“He’s got a red shirt on so they’re not gonna hit him,” Shurmur said of the defense abiding by the non-contact color code. “But the initial part of the zone read was good. He got himself out in space pretty quickly.”

The play not only opened eyes and options, but sent the offense into a tizzy of excitement. Players were hooting and hollering as the quarterback made his way down the field in a sprint, then jogged back for the next rep.

“I heard the offense before I actually saw what happened,” veteran safety Michael Thomas said of the audible cue that usually means Saquon Barkley or Shepard is doing something athletically spectacular. “Then I saw [Jones] streaking down the sideline. He’s a talent. He’s good.”