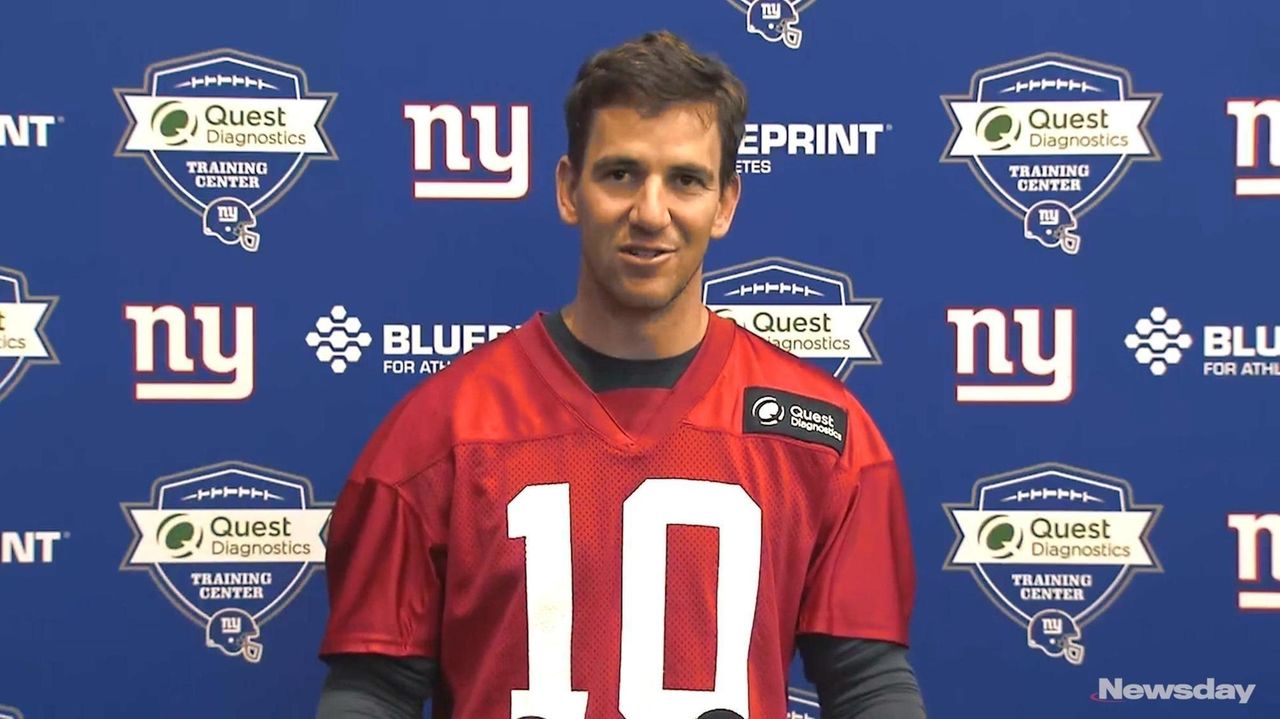 Davis Webb, the second-year quarterback who has yet to take an NFL snap and who may or may not be the Giants’ quarterback of the future, said he isn’t trying to make any kind of statement during the offseason program or the upcoming training camp.

“I don’t have to prove anything,” he said on Wednesday, a day after his first practice in front of the head coach and general manager who will be weighing his value against some of the players in the upcoming draft. “All I’ve got to do is show what I’ve got and that’s up to them. I try to do the best I can in the meeting rooms, the weight workouts, the practices especially. Just kind of show what I have and let them make a decision. It’s out of my control and I’m not really too worried about it, I promise. I just work hard and I know I’m going to get a chance someday.”

“I never said somewhere else, I just know that I’m going to get a chance,” Webb said feistily. “I want it to be here, let’s say that. I want it to be the New York Football Giants. But again, if they draft somebody, they feel like it’s going to be the best player for our team. That’s up to them.”

Webb’s performance in the three-day voluntary minicamp has been framed as a tryout with potential impact on the Giants’ decision when they are on the clock Thursday night. It’s as if the Giants are deciding between Webb, Josh Rosen, Josh Allen and Sam Darnold. That’s not necessarily the case, although Webb does figure into the equation.

“Everybody’s making a big deal about it, but it’s about getting better,” Webb said of his performance. “We just learned a new offense the past two weeks, so it’s just kind of learning on the fly and translating what you learned in the meeting room to the game field.”

Webb looked sharper on Wednesday than he did on Tuesday. He completed red-zone touchdown passes to Jerell Adams and Travis Rudolph and seemed much more confident in his throws and footwork. One day does not a quarterback make, though, even when that quarterback has had only two days of work.

Webb isn’t dumb. He knows the Giants have done a lot of homework on the quarterbacks in this draft class. While selecting a quarterback with the No. 2 pick would probably mean an imminent end to Eli Manning’s tenure with the team, it would completely leapfrog Webb when it comes to being the heir apparent.

That’s why Webb has spent the offseason tailing Manning as they both learn the new system, going over film, and endearing himself as much as he can to the new regime. It’ll help Webb be a better quarterback, but it also doesn’t hurt his chances of keeping his place in the Giants’ line quarterback succession.

It’s also meant that Webb was in the awkward position of being in the team’s complex this offseason while Darnold, Allen and Rosen were paraded through for their pre-draft visits.

So what’s it like having been brought in just a year earlier and watching your team flirt with the newest crop of choices?

“It doesn’t bother me,” Webb insisted. “I understand, that’s their job. Listen, if I was a GM, I understand, I’d do the same thing. So, that does not hurt my feelings, I do not care about that. The only thing I worry about is being the best I can be because I know I’m going to get an opportunity in this league, and when that comes I’m going to be ready.”