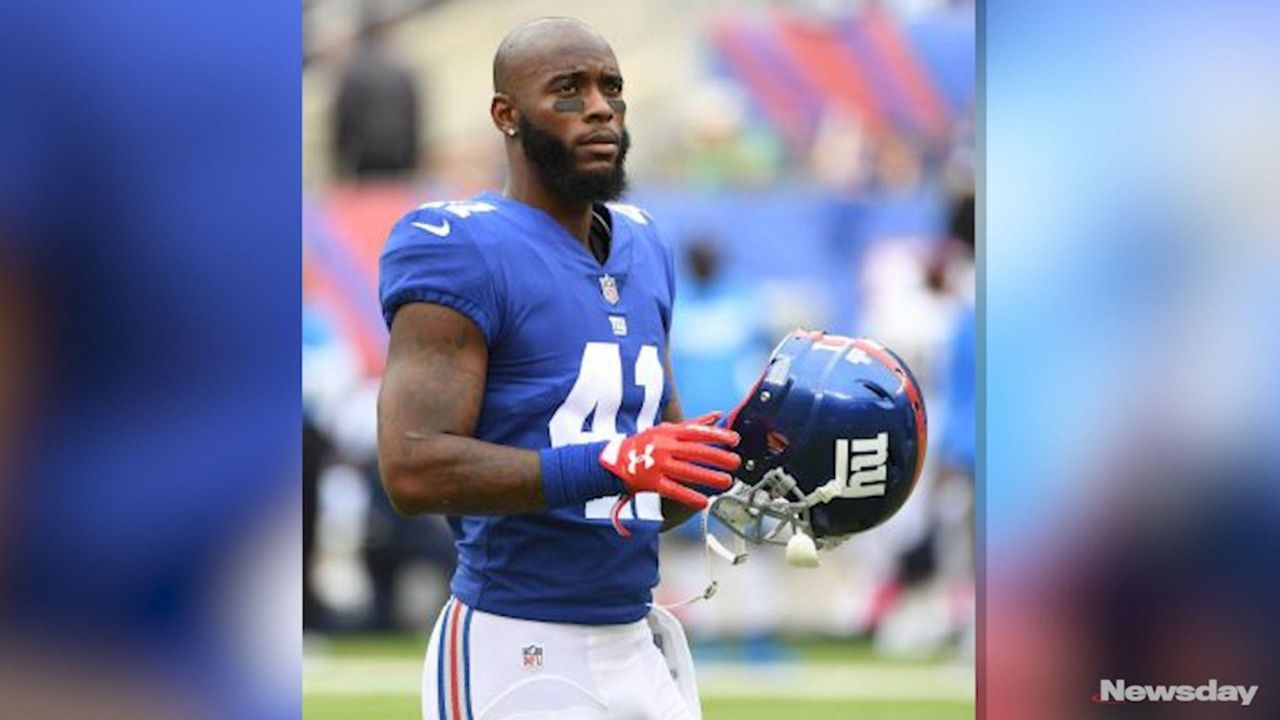 On Wednesday, Oct. 11, 2017, Dominique Rodgers-Cromartie was suspended by the Giants after leaving the team's facility, but during his news conference, head coach Ben McAdoo only wanted to talk about how the team was preparing to face the Broncos on Sunday night. Credit: Big Blue Entertainment) (Photo Credit: Kathleen Malone-Van Dyke

Ben McAdoo suspended Dominique Rodgers-Cromartie indefinitely Wednesday after the cornerback left the team facility earlier in the day following a disagreement with the Giants coach.

The 10-year veteran started Sunday at outside cornerback with Eli Apple benched, but spent a good portion of the game in the slot once Apple entered. Rodgers-Cromartie did return to the game after his second-half disappearance. He played sparingly toward the end after apparently injuring his leg in the fourth quarter.

“We had a conversation [Tuesday],” McAdoo said Wednesday afternoon. “He came into the building this morning. Decided to leave, and we will put him on suspension.”

Glauber: Looks as if McAdoo is in over his head

McAdoo answered a number of follow-up questions with the same response: “That’s all I have for you right now.”

Rodgers-Cromartie was not available to speak to reporters.

His departure from the team Wednesday was abrupt, and several players called it “shocking.” Apple said he saw him during meetings and then went out to the practice field.

Safety Landon Collins said there was no indication Wednesday morning that the situation would turn out the way it did.

“He came in with a smile on his face and his gospel music playing, being the same DRC that he was,” Collins said, adding that they spent time together in the hot tub, as is their morning routine. “It surprised all of us when we heard what happened.”

Collins did dispute McAdoo’s description of the events.

A team source denied there was any confrontation between McAdoo and Rodgers-Cromartie on the field during Sunday’s game. The source said the first time the two spoke about Rodgers-Cromartie’s actions was on Tuesday.

Rodgers-Cromartie told ESPN he plans to return to the team Thursday, but there is no indication whether he’ll be welcomed by the organization as a suspended player. He also said he was suspended before he left the building Wednesday, but that may be a case of semantics between being benched for a game and suspended.

“I handled it the wrong way, but to sit me a game had me hot so I left,” Rodgers-Cromartie told ESPN in a text to one of their reporters Wednesday. “I left (because) I felt what he said was (expletive).”

The last time the Giants faced a situation similar was in 2009, when defensive end Osi Umenyiora left the team for a day after a disagreement with defensive coordinator Bill Sheridan.

“It’s a big issue in the room and we need to address it,” he said. “We don’t need anyone else separating from the team.”

McAdoo denied that the situation with Rodgers-Cromartie is an indication of player unrest during what has been a trying season. The Giants are 0-5, they lost four wide receivers to injury Sunday, and there have been rumblings of dissent.

“It’s bad, it’s bad,” Collins said of all of the issues that have sidetracked the team. “Bad luck. Definitely bad luck. You just have to fight through it. It’s going to turn around sooner or later.”