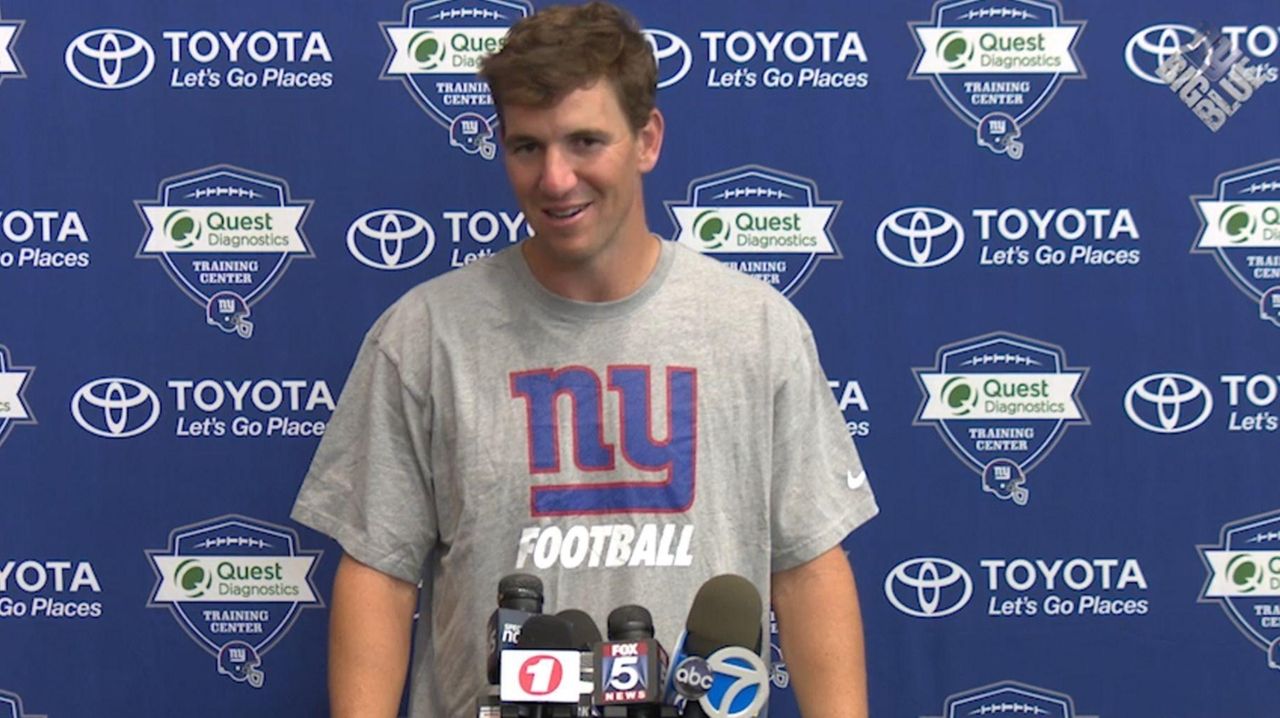 The guy who has to literally stand behind the offensive line this season stood behind them figuratively on Friday.

Eli Manning expressed confidence in a group of players that many consider to be, if not the weak link on the team, at the very least a crew that will need to improve if the Giants are going to be successful.

“Those guys are tough, you know?” Manning said. “They work hard, they know what they’re doing. We’ve got a good group in there. They take pride in what they’re doing and they’re angry about how they’re talked about. It’s a good thing.”

The lineup for Friday’s first practice of camp was similar to the one that played most of last season. Left to right it included Ereck Flowers, Justin Pugh, Weston Richburg, John Jerry and Bobby Hart. Seventh-round pick Adam Bisnowaty played right tackle with the second team, an indication he’ll be competing with Hart for that job. D.J. Fluker was at right guard with the second team. Ben McAdoo said Fluker can play either guard or tackle on the right side.

McAdoo did not seem to indicate that the Giants will shuffle their lineup much this summer just to experiment with various personnel permutations.

“We’ll see how we develop here,” McAdoo said. “We’re going to give guys opportunities to contribute and we’ll see how that unfolds moving forward . . . Things can change in a hurry in this business.”

Until then, the Giants seem to be content with the group that they had while hoping that they get better.

“They have a lot to prove,” Manning said. “They want to go out there and play well, and I have a good feeling they will.”