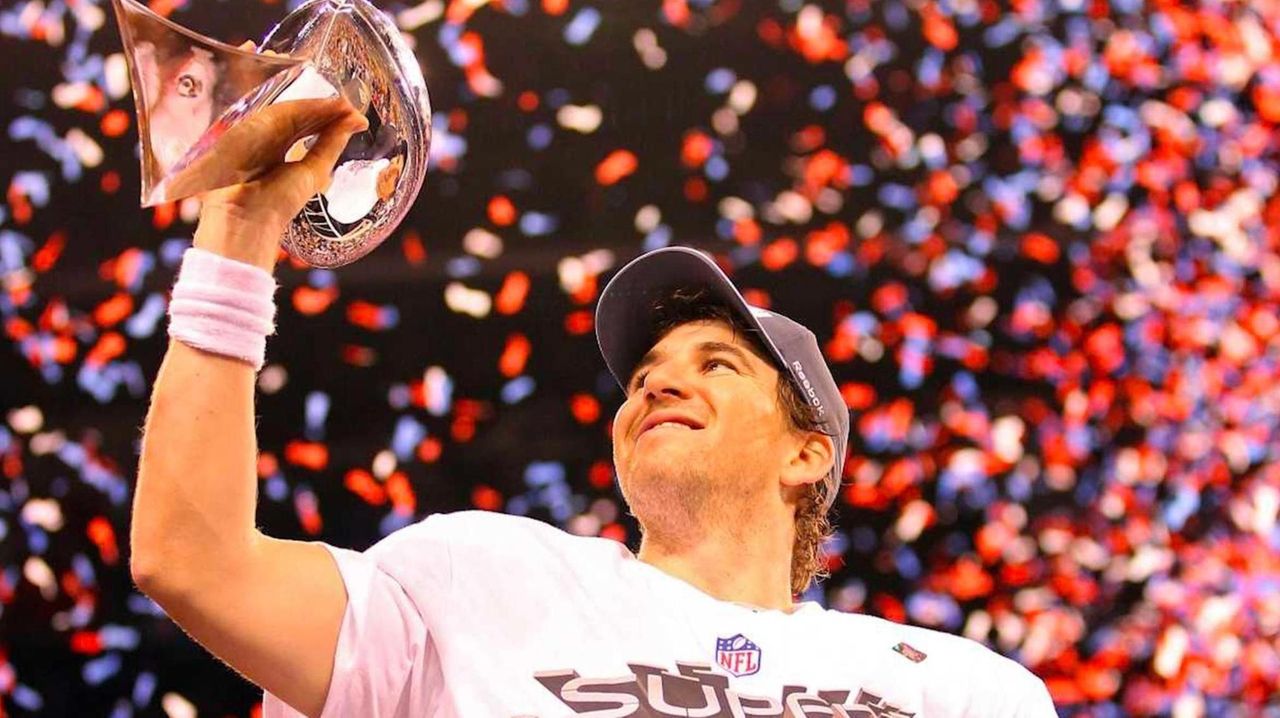 This season has not gone the way Eli Manning envisioned it. It’s fair to say it was not a sweet 16th. He lost his starting job to rookie Daniel Jones after two weeks and later watched the team lose nine straight and miss the postseason for the sixth time in seven seasons. He came off the bench for two starts, including an emotional win over the Dolphins two weeks ago, and likely will walk off the field for the last time on Sunday without taking a snap in the game.

Manning holds virtually every passing record in Giants history and a pair of Super Bowl MVP awards, but he has been so much more than a resume during his 16 seasons as the face of the franchise. That’s why as Sunday approached, and with it the often unspoken and unacknowledged certainty that this will be Manning’s final game day with the Giants, complex emotions throughout the organization began to build.

This past week, Newsday asked one simple question to more than a dozen members of the organization who have ridden along with Manning during this final tumultuous season with the Giants. Some have known him since his first day with the team in 2004. Others have only a few years by his side. Others got to play with him only in the last few months. None of the players ever won a championship with him, but they all reflected and provided insight into what makes Manning not just the best quarterback in Giants history but, as one of them called him, “the perfect teammate.”

What has it been like to work with Eli Manning?

Here are their answers:

“Eli has been the consummate professional, and he is simply a genuinely good person. To be associated with Eli, who has represented our franchise as a champion on and off the field, is an honor. Our people define who we are as an organization and nobody has done that better than Eli.” — Steve Tisch, co-owner, chairman and executive vice president

“Working with Eli has been an incredible experience for everyone in our building. We have been blessed to have had many great representatives of our team over the years, but no one has done it better than Eli. Both on and off the field, Eli has conducted himself in a first-class manner and as a true professional. To have had Eli as the face of our franchise for so many years is a particular source of pride for all of us.” — John Mara, co-owner, president and CEO

“He is a graceful man who is full of humility and really the rock of our organization for a very long time. Resilient, durable, exactly what you would look for in a quarterback and a leader of our team. Just a great person . . . He’s just an incredible individual. It comes from his family, obviously. I’m sure they are very proud of him. He carries the Manning name well and the Giant name well. It will be strange [not having him around next year], but I’m sure his influence here will last forever. For as long as I’m alive, for sure.” — Ronnie Barnes, senior vice president of medical services and head athletic trainer

“It has been a 16-year clinic on how to be a professional. One of Eli’s greatest attributes is his ability to stay in the moment. He doesn’t drift ahead or look back. He is always right where he needs to be. And on a personal level, he is just a decent, thoughtful guy. You have to have a belief in yourself and an ego to do what Eli has done, but he has never put his on display. His approach has always been team above self. I admire him for how he has handled this season. Like he has always been, he has been selfless.” — Pat Hanlon, senior vice president of communications

“I’ve coached a lot of really good players who I’ve been really fortunate to be around, but he is really special for a lot of the reasons that won’t ever go down on a stat sheet, in my opinion. The kind of guy he is, the way he handles things, watching him how he is with you [in the media], with his teammates, with coaches, handling the situation earlier this year. It’s just unbelievable. I’ll never forget it. I’ve learned a lot from him in all areas of my life.” — Mike Shula, quarterbacks coach and offensive coordinator

“He’s one of the greatest quarterbacks in Giants history and he’s the greatest player who ever came into my life. I knew him when he was a rookie and I was just going to Albany [for training camp] with my dad [Michael, senior writer for Giants.com]. That’s when I first met him. He’s just the coolest guy I’ve ever been around. Funny, great sense of humor. He is one of my best friends here and he always will be. He’ll always be with me.” — Harrison Eisen, equipment room assistant and Manning’s personal receiver for pregame warmups

“He is a great guy, great teammate, and he’s going to be definitely missed around here. He’s a legend in his own right. I’ve got to thank him before he gets out of here for giving me a ring, because he did a heck of a job in that ’07 season . . . To see the transformation from being the starter to being the backup and how he’s helped Daniel and how good of a teammate he’s been to Daniel, I’ll tell you what, it’s a beautiful thing, because I promise you, it doesn’t happen like that all of the time. This is his building. He was the first quarterback to move into this building and he’s been the guy here ever since we walked into the building. To be able to make that transition and do it so graciously and with class is typical Eli Manning.” — Thomas McGaughey, special teams coordinator

“It’s great. He just knows everything there is to know about football. It’s wild. He’s right up there with the coach. If he wanted to, which I know he doesn’t, he could step in there and tell everyone what to do anyway. It’s been awesome in that aspect. Just a great guy all around, too . . . He is by far the most veteran quarterback I’ve ever had and with a lot of success on his resume so I knew he was going to be smart and he was going to know how to do everything and it was going to be a pretty cool experience.” — Kevin Zeitler, guard

“He’s somebody you like to have around outside of just being the quarterback of your team. Funny, charismatic, kind. Everything you could ask for in a teammate, he is exactly that. It’s kind of like when I went to Arizona and played with Larry [Fitzgerald]. I heard nice things about him, but when I got there, I was like, ‘Wow!’ He was unbelievably nice. Same for Eli. He’s that same kind of person, really helpful and nice, giving and kind, everything you can think of. He’s the perfect teammate.” — Eli Penny, fullback

“I remember when I first made the transition to being a center, he helped me tremendously from the mindset of what he was thinking and what he sees. It helped me mentally. Besides that, he’s been an awesome teammate and an awesome friend off the field to everybody in this locker room. If this is his last one, it’s going to be a sad day. He does everything he’s supposed to do and more. He’s a great guy.” — Jon Halapio, center

“Knowing the type of player he is and what he means to this organization, it speaks volumes. It’s similar to when I played with Peyton [Manning], just knowing what he meant to the Colts’ organization. I’ve been a teammate with one of the best to ever do it.” — Antoine Bethea, safety

“It’s a lot of fun, man. I mean, people look at him and see this serious guy all the time, but he’s definitely got a whole other side to him. He’s one of the best teammates you could ever have. He handles himself like a pro and he taught me a lot about handling myself as a pro and what it means. I’ll miss him a lot. I haven’t even thought about coming into the facility and not seeing his face. It’s going to be tough. He’s gonna get tired of me calling him all the time.” — Sterling Shepard, wide receiver

Glauber: Do Shurmur and Gettleman stay or do they go?Giants co-owners John Mara and Steve Tisch must decide whether the coach and GM deserve the right to continue or whether it's time to pull the plug on one, or both.