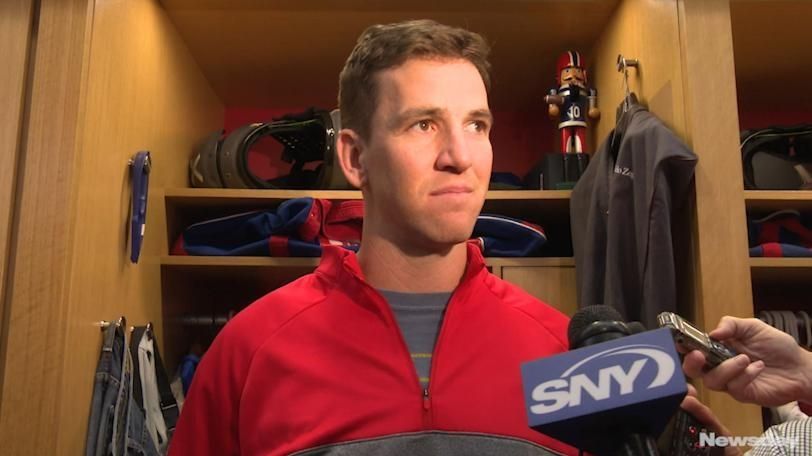 For 14 years Eli Manning has been the face of the Giants’ franchise.

On Tuesday, that face told a story far different from what it said in the past. His eyes welled up with tears. Its chin quivered. Its mouth had difficulty finding the right words.

Manning often has been criticized for not showing enough emotion, on the field or off it. As he stood in front of his locker for the first time as the backup quarterback since he was a rookie, having been stripped of the title he held for 210 consecutive regular-season weeks and two Super Bowl runs, it was as if a decade and a half of feelings all showed up at once.

His hardest day as a Giant?

It’d have to be. After a weekend off from football and with the Giants eliminated from playoff contention, Manning returned Monday and coach Ben McAdoo summoned him for a conversation about making a change at quarterback. McAdoo wanted Manning to remain as the starter and then play backup Geno Smith in the second half of Sunday’s game against the Raiders in Oakland. The two men slept on the idea, then met again Tuesday morning. That’s when Manning told McAdoo that he’d rather have the starting job taken from him all at once rather than piecemeal. Even at the expense of the second-longest starting streak by a quarterback in NFL history.

“You start knowing you’re coming out of the game to keep a streak alive, maybe? That’s not what it’s about,” Manning said. “That’s not appreciating the game. You’re gonna play a half, then the next week a quarter? A series? That’s not fair. Not fair to me, not fair to Geno. That’s not how you play. You play to win. You name the starting quarterback, you go win a football game.” 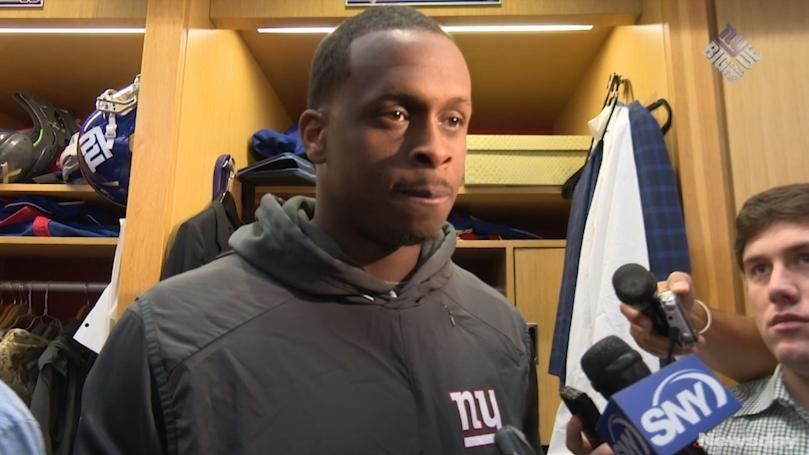 So McAdoo did. The first part, anyway.

“It’s my responsibility to make sure we have a complete evaluation of the roster, top to bottom, especially at the quarterback position moving on to next season,” McAdoo said when he announced the decision to reporters on Tuesday. “With that we’re going to start Geno this week and give him an opportunity to show what he can do.”

McAdoo did not make this decision unilaterally. He said he spoke with general manager Jerry Reese and ownership about it before moving forward. Manning said he spoke with Reese, too, and anticipated speaking with co-owner John Mara on Wednesday.

Manning will be the backup at first. McAdoo said he’d also like to get a look at rookie Davis Webb at some point in the five remaining weeks. That could mean making Manning inactive at some point.

McAdoo said when he announced the news to the team Tuesday afternoon, there was “not much of a reaction.”

“This is not a statement about anything other than we are 2-9, and we have to do what is best for the organization moving forward, and that means evaluating every position,” Reese said in a statement through the team. “I told Eli this morning that an organization could not ask for any more in a franchise quarterback. He has been that and more. Nobody knows what the future holds, but right now, this is what we think is best for the franchise.”

McAdoo said benching Manning does not mean he is finished with the Giants. Manning has two years remaining on his contract.

“I have a lot of confidence in Eli as a player, as a quarterback,” McAdoo said. “But at this point it’s my responsibility to the organization to make sure we take a look at Geno and at some point take a look at Davis.”

Asked if he thinks he has started his final game for the Giants, Manning gave an answer that would have seemed unfathomable just a few hours earlier.

What he does know is that he won’t be starting Sunday. That when the Giants take the practice field Wednesday he won’t be playing the bulk of the reps. That for the first time since Nov. 14, 2004, when Kurt Warner made his last start as a Giant, someone else will be under center when the next Giants game begins.

Rock: Blindsided Eli deserved better treatmentEli Manning said he had no clue this was coming."I didn't know what was going ... Glauber: Eli’s next start could be in JacksonvilleAnd so ends the Eli Manning era. A shocking news release from the Giants at ... Smith on replacing Manning: ‘It’s a business’Benching the starting quarterback is a new experience for the Giants, who haven't had to ... Warner upset at Giants for replacing ManningKurt Warner seemed more upset by the benching of Eli Manning than he was when ...