Dominique Rodgers-Cromartie gave two words of advice to his teammates in the locker room after last week’s humiliating loss to the 49ers in which the effort and desire of some of the Giants was brought into question. They were two words that the 10-year NFL veteran probably never thought he would utter, words that a little over a month ago would have seemed laughable.

They didn’t come in the middle of a big “Braveheart’’ speech, nor were they bellowed for all to hear. It was a quiet, almost inadvertent answer when he was asked what the team could do to rectify its issues.

A player who has prided himself on being a bit of an outsider and a maverick throughout his career suddenly was offering his direction to the team. A player who just four weeks earlier had been suspended by the head coach for violating team rules and walking out of the building in a huff was grabbing the reins. 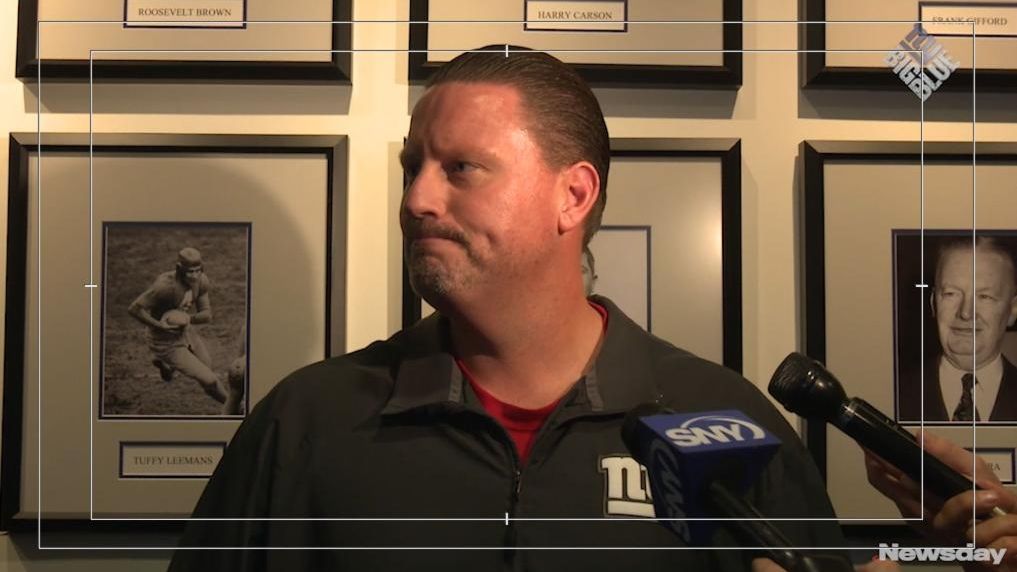 A player who, to this day, distances himself from anything approaching a formal title as a leader — and shakes his head violently at the notion of being the player who has the authority to grab everyone’s attention in the locker room — took control of the 1-8 record and this dismal season.

“I look at myself as one of the veteran guys,” Rodgers-Cromartie, 31, said this past week of his place in the locker-room infrastructure. “I ain’t going to say too much. I’m going to lead by example. I’m going to go out there and try to fly around and be accountable, and even if I do make a mistake, own up to it and be coachable. Just show them that way. I ain’t no vocal guy. I’m not going to just go to a player. I would just say ‘Watch me, man.’ If I’m out there giving everything effort, none of y’all are older than me, so I just tell them: ‘Watch me.’ ’’

It’s an amazing transformation that Rodgers-Cromartie has undergone. In the Week 5 game against the Chargers, he stomped off the field. A day later, when told by coach Ben McAdoo that he’d be benched for the upcoming game against the Broncos for his actions, he left the building. That led to McAdoo suspending him for a week, and the fingers started to point at a losing team coming apart at the seams. DRC was perceived to be the personification of the problems.

Get rid of him, many people shouted.

But Rodgers-Cromartie returned in Week 7 and started to repair his image, first with a giddy public apology in which he accepted his punishment and blamed it on his own endearing “crazy.” Then he got back to work on the field.

By the time the Giants went out for the coin toss against the 49ers in Week 10, Rodgers-Cromartie had been named one of three game-day captains by the same head coach who a month earlier had kicked him off the team for a week.

“We go through the roster each week and pull guys that we feel are working the way we want to them to work, who are performing at a high level and are being good examples,” McAdoo said when asked how he selects his captains.

“We talked about it in the room that we don’t hold grudges,” McAdoo said. “DRC came back from his time off, his suspension, and has responded in a great way, a great manner. He’s been a great example to the players. He’s been vocal. He’s playing at a high level with energy and it was great to see.”

Yes, he has been vocal. After the 49ers loss, he was the one who said there wasn’t enough effort from his teammates. When the defense had a players-only meeting this past week, Rodgers-Cromartie was one of the players who spoke up.

He walks a delicate line in that regard, though.

“We got leaders for that,” he said when asked if he would ever confront a teammate directly about a lack of effort, passing that responsibility off to defensive captain Jonathan Casillas and others. “I ain’t no vocal leader. I would never go to a man and just downright get on them like that. I’m all about bringing everybody’s spirits up. Does it need to be said? Yeah, but that’s why there are guys who are appointed in the locker room to do that, and for the most part, those guys do that.

The time for keeping his thoughts to himself may have ended, though.

His fellow cornerback, Pro Bowler Janoris Jenkins, has spent the past two games either suspended or criticized for quitting on several plays while the Giants have allowed a combined 82 points to the Rams and 49ers. While many link the suspensions of Jenkins and Rodgers-Cromartie, it’s important to distinguish them in their reasons. Rodgers-Cromartie was angered because he wanted to get back on the field to play when the medical staff had not yet cleared him. Jenkins, in his own words, “just didn’t show up” for practice when the Giants returned from their bye week.

McAdoo suggested that there might be changes in playing time based on the lack of effort — he calls it “a desire to finish” — last week.

“Whatever the change is, you just got to roll with it,” Rodgers-Cromartie said. “I’ll be prepared for anything. I don’t think I’ll let it take away from my preparedness and still going out there and having fun and still being me. You know what I mean?”

There undoubtedly will be changes after the season, too.

“That’s why I just try to go out there and do what I do, man,” Rodgers-Cromartie said. “I’m old as hell. But at the end of the day, I just keep on pushing. I know I’m on the line. Older guy, still making a lot of money. You don’t got to tell me twice.”

How many times he has to tell his teammates remains to be seen.