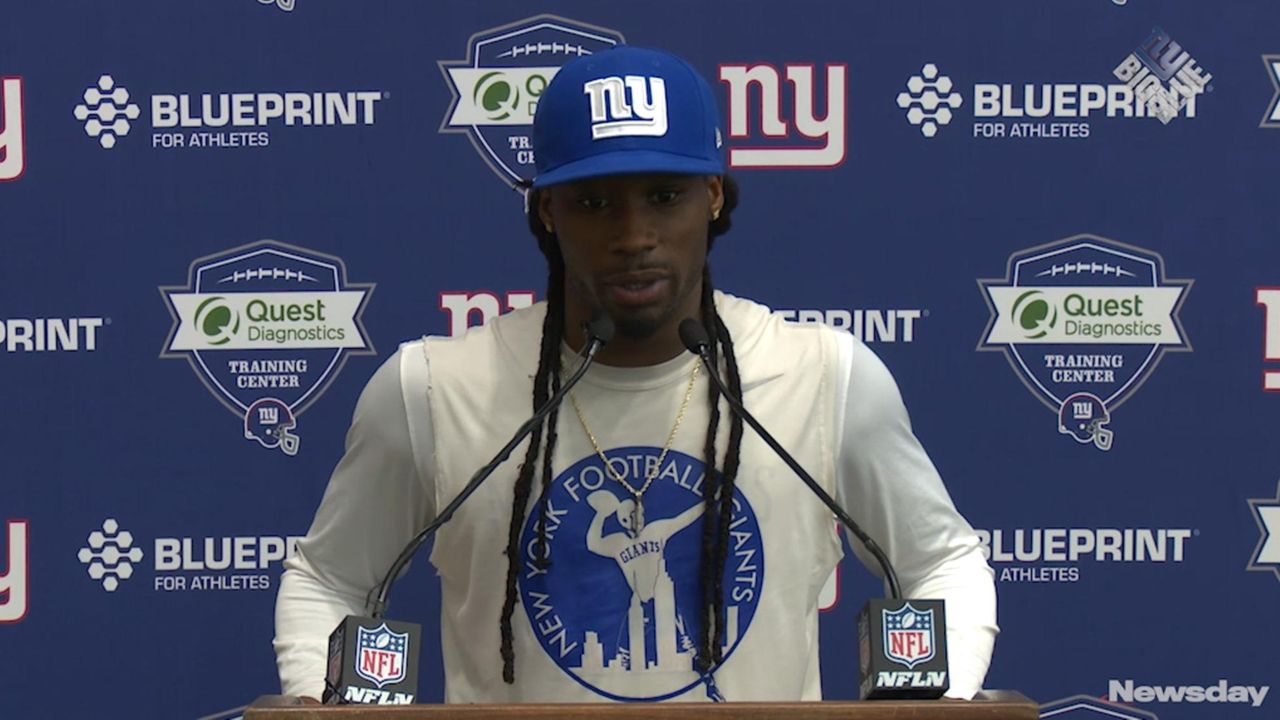 On Thursday May 25, 2017 Giants cornerback Janoris Jenkins talked about the how the Giants defensive back field is preparing for all the big-bodied receivers in the NFC East. Credit: Big Blue Entertainment

Josh Norman and Odell Beckham Jr. aren’t the only cornerback-receiver rivals in the NFC East. Heck, they’re not even the only one on the Giants and Redskins anymore.

Terrelle Pryor’s signing with Washington brings to the division a receiver with whom Giants cornerback Janoris Jenkins exchanged words last season. After their game against each other when Pryor was with the Browns, Jenkins even took to Twitter to call him a nasty name.

“Man, I go each week ready to compete no matter who it is, no matter the size or the quickness,” Jenkins said on Thursday when asked about the new receiver he’ll face twice a year. “I just look forward to doing my job.”

Every team in the division now has a big-bodied receiver, it seems. The Redskins added Pryor, the Cowboys have Dez Bryant, the Eagles signed Alshon Jeffery and the Giants added Brandon Marshall.

Norman still not complimentary toward Beckham

“Oh, they are some great guys,” Jenkins said. “They are talented, they are very big and they are going to be a challenge this year, so we all have to be ready as a DB group to compete week in and week out and just go have fun.”

Marshall will give Jenkins a chance to work against a receiver with a similar size and skill set.

“They pull and tug to try and get open and I am just learning how to defend that type of stuff and just keep working,” Jenkins said.

As for Bryant, that simmering feud has existed since their meetings last year. Bryant was held to two catches for 18 yards, mostly because of the coverage from Jenkins. One of those receptions ended with a Bryant fumble caused by Jenkins.

“I played better than he played,” Jenkins told a Dallas radio station in February. “For real, though, to be honest, when you look at film and you break down your opponents and the receivers that you’re facing, you notice what they like to do. Take away the slant and the dig, and when they get in 21 personnel and Dez is inside the numbers, you take away the corner post. He doesn’t have nothing else.”

Did Jenkins give away too much of his game plan?

“Man, listen, football is football,” he said on Thursday. “It’s not about a game plan. Everyone has their own way of attacking each person. I’m not saying that I’m going to go out there and attack him like that this year. I just gave a little clue and that was it.”

Lennon: DeGrom's velocity is incredible, but it takes a toll again
DeGrom pulled with soreness after striking out eight of nine Cubs
Gittens talks homering for first big-league hit: 'An amazing feeling'
Green pleased MLB will crack down on sticky substances
Isles hope to reverse Game 3 fortunes, focus on matchup with Lightning
Glauber: Johnson, back at helm of Jets, enjoys view from top
Didn’t find what you were looking for?