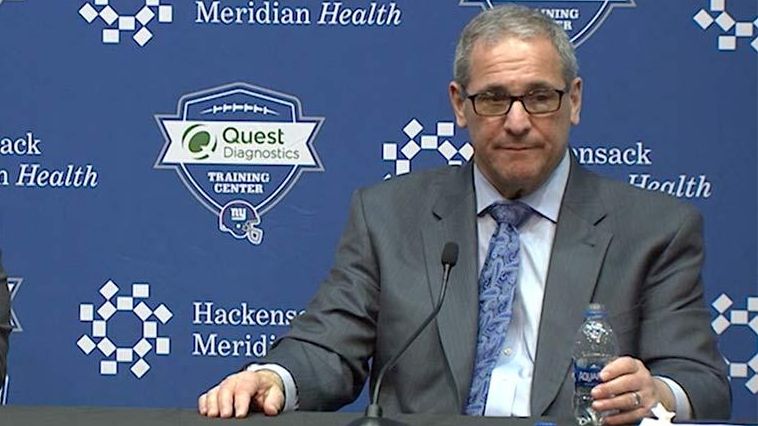 Saquon Barkley and Sam Darnold will be sharing a stadium. And a whole lot more.

The two likely will be linked for the rest of their careers after the Giants selected Barkley, a running back, and decided not to take a quarterback with the No. 2 overall pick in the draft Thursday night. The Jets took Darnold with the No. 3 overall pick. The two will be compared to each other for the next decade.

Maybe Darnold will be the savior of the Jets. Maybe he’ll bring them a Super Bowl title (or more) in the coming years. Regardless, Gettleman said he’ll have no regrets about taking Barkley no matter what his career amounts to.

Glauber: Barkley, Darnold will be forever connected ARLINGTON, TexasLess than an hour after Penn State running back Saquon Barkley was drafted by ... Accorsi, Gettleman: Barkley’s an incomparable talentDave Gettleman has been scouting and evaluating NFL players for more than three decades, but ... Shurmur excited to use Barkley on offenseThe Giants have had a pretty good idea, internally anyway, that Saquon Barkley would be ... Barkley coming home to Giants as No. 2 pickSaquon Barkley is home.Officially, everything about him screams Pennsylvania. He lists his hometown as Coplay, ...

Montgomery does the job again as Yankees top Rangers
Mets' loss to Red Sox only significant to Yankees
Rieber: After 707 days, Severino is all the way back
Rieber: Yankees need to win now, by any means necessary
GM Marks grooming Nets as favorites to claim NBA title
Red Sox series gives Mets a taste of designated hitter rule
Didn’t find what you were looking for?