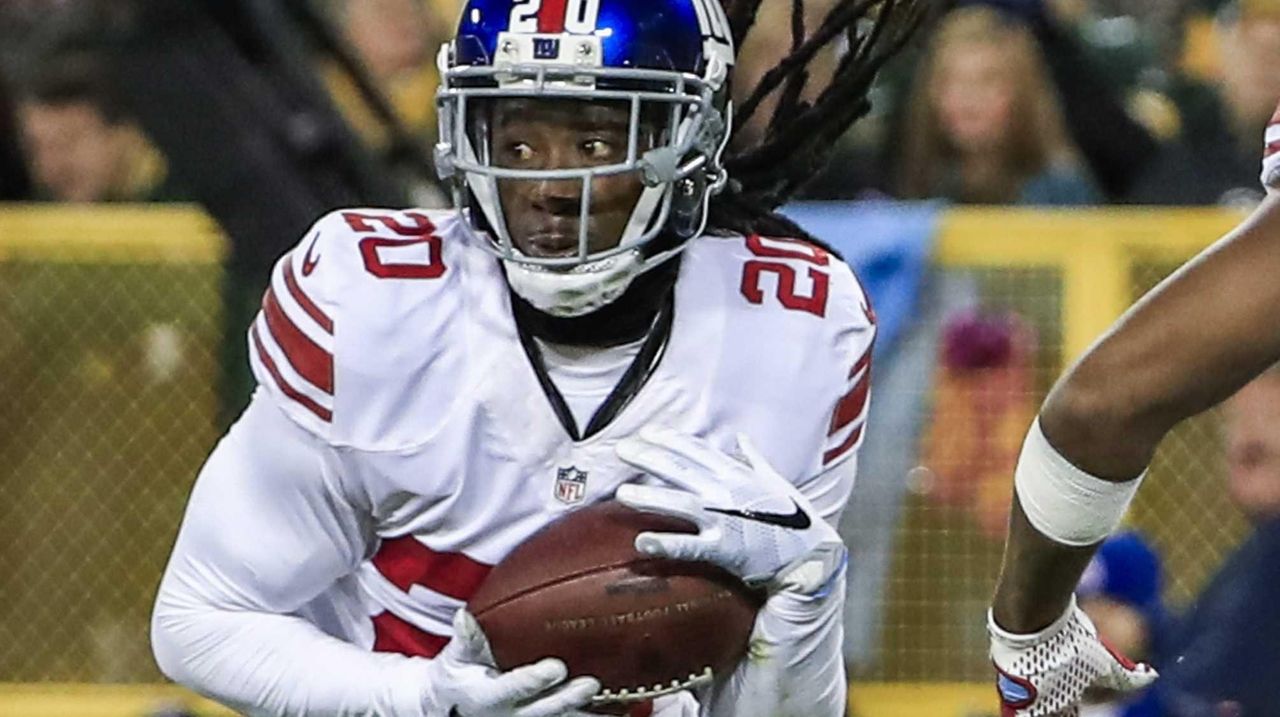 Giants cornerback Janoris Jenkins isn't concerned about who the best cornerback in the league is and who has the best stats. He is focused on continuing to play good football as a team. Credit: Big Blue Entertainment

The only thing missing from the Giants’ secondary this season seems to be a nickname. All the greats have one. Seattle has the Legion of Boom. Denver has the No Fly Zone.

The Giants? They’re working on it.

Until then, they’ll just have to go by a less than catchy moniker: The reason why the Giants are 9-4 and in playoff contention.

“We’re definitely playing at a high level and playing some ball,” Dominique Rodgers-Cromartie said. “We’ve been going against some tough quarterbacks. The main thing is that we continue to finish it out and get into that postseason.”

Technically, the Giants are ranked 23rd in passing defense, allowing 256.6 yards per game. They’re actually behind the Jets in that category. Not very impressive. But there are a few important areas in which they are excelling. They are second in opposing passer rating (76.3), tied for second in fewest passing touchdowns allowed (13) and fifth in yards per pass (6.7). That’s why they are starting to open eyes.

“When they talk about secondaries, you definitely want to be talked about,” Rodgers-Cromartie said. “If we keep going out there, we’ll be recognized.”

Then there’s the eyeball test. In two games against the Cowboys, they held Dez Bryant to two catches and 17 yards. A.J. Green had seven catches for 68. Antonio Brown had six for 54. None of those elite receivers was able to “wreck” the game, which is the Giants’ goal for every top opponent.

That they are doing it a year after they were on the verge of being the worst pass defense in NFL history and a few yards shy of being the first to allow 300 passing yards per game makes their play all the more improbable.

The passer who faces them the most is also their biggest fan. Third-string quarterback Josh Johnson, who has to play against them each day in practice, did not hesitate to call the Giants’ secondary “elite.”

“I’d match them up with anyone,” he said. “There’s no weak link. They have guys who can go inside or outside. It’s impressive.”

So who are these guys? Janoris Jenkins has been the shutdown player, taking on the top target each week. Rookie Eli Apple has rebounded from a semi-benching and played just about every snap in the last three games. Rodgers-Cromartie is the veteran who has adjusted remarkably well to a move to the slot. And behind them is safety Landon Collins having a breakout year, along with undrafted rookie Andrew Adams.

The biggest addition has been Jenkins, who signed as a free agent from the Rams. His five-year, $62.5-million contract opened plenty of eyes in the offseason, but his play has been the topic of conversation in league circles.

Jenkins insists he’s always performed at this level, it was just that he did it in relative anonymity. “St. Louis is St. Louis,” he said. “I’m glad to be here in New York where the lights shine bright and everybody can see.”

That attention could come with some perks, such as an invitation to the Pro Bowl. “If he’s not, I have to go talk to everybody who voted,” Rodgers-Cromartie said.

Jenkins also arrived with his own nickname. He often refuses to answer to Janoris, wanting to be called “Jackrabbit.” After Sunday’s win over the Cowboys, he even corrected NBC’s Michele Tafoya — twice! — in a postgame interview when she had the audacity to call him Janoris. Teammates have been sharing that video in the locker room.

But even Jackrabbit is at a loss when it comes to nicknaming the whole secondary. In fact, he doesn’t want the responsibility. He’s putting it on the media to come up with something catchy, he said.