In this Nov. 19, 2016, file photo, Mississippi tight end Evan Engram (17) catches a 38-yard touchdown pass in the end zone as he is defended by Vanderbilt safety Arnold Tarpley in the second half of an NCAA college football game, in Nashville, Tenn. Credit: AP / Mark Humphrey

Remember all those complaints from the receivers last year about how they could not get opposing defenses out of that Cover-2 scheme that essentially kept a lid on the entire offense the whole season?

The Giants think they have a fix for that: Evan Engram, their first-round pick as a tight end out of Mississippi. And they plan to send him right down the middle.

“You play two-high safety in this league and if you have a guy who can stretch the defense down the middle, we think that is a tremendous weapon for the offense,” general manager Jerry Reese said of the pick and how he will not only catch passes but also help other players.

“I think that he opens up a lot of things,” Reese said.

Ben McAdoo already had visions of Engram splitting those defenders.

Engram is really built — and plays — more like a wide receiver than a traditional tight end. His blazing speed of 4.42 seconds in the 40-yard dash at the NFL Combine was one of the fastest of anyone at the skill positions, not just tight ends.

The Giants know how they want to use him. Figuring out how often could be an issue. He’s not an in-line blocker, so Rhett Ellison will have to handle those tight end responsibilities on running plays. And the Giants liked Sterling Shepard in the slot. It would seem that all three of those players — Ellison, Engram and Shepard — will never all be on the field at the same time.

That’s an issue for down the line. For now, the Giants are simply glad to have someone who they think will change not only their offense, but the way teams defend them. 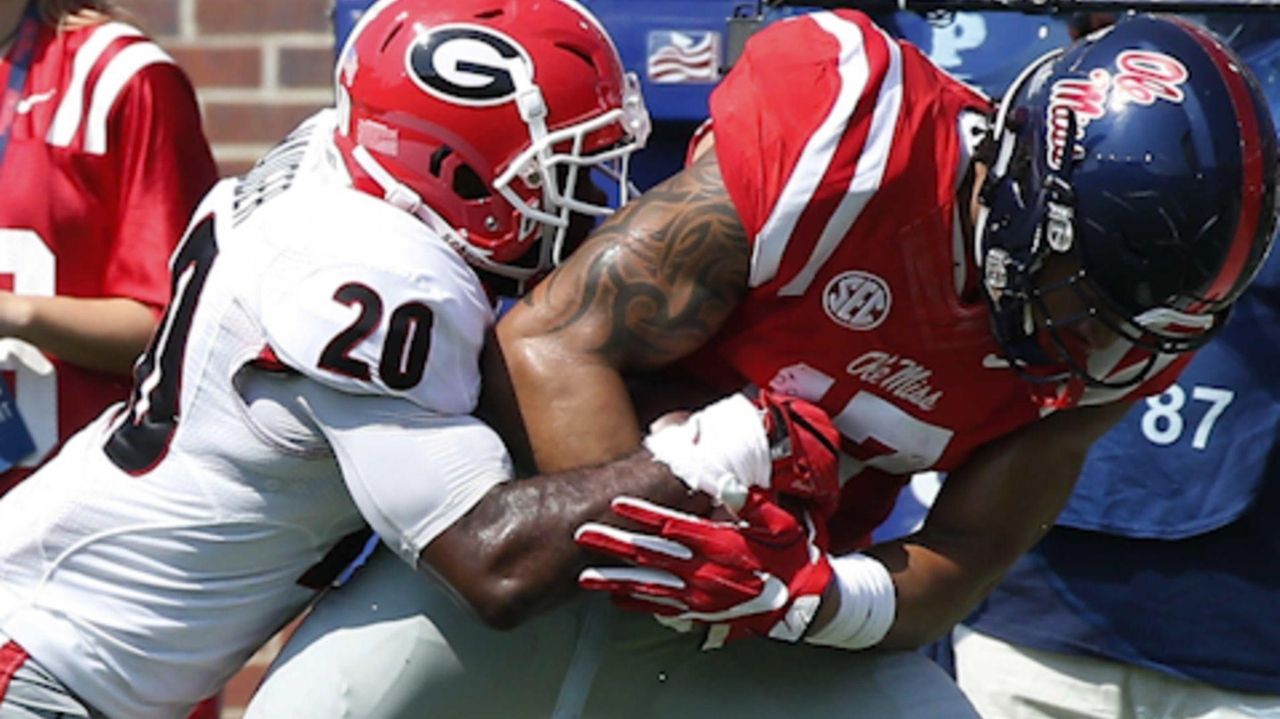 “He played multiple positions at Ole Miss,” McAdoo said. “I think we can bring him up and move him around a little bit.”

“Our coaches liked him a lot and it seems like they can use him in our offense in a lot of different ways,” Reese said. “We think that with this addition as a fast receiver down the middle along with some of the other receivers we have, that we can help the offense out some.”