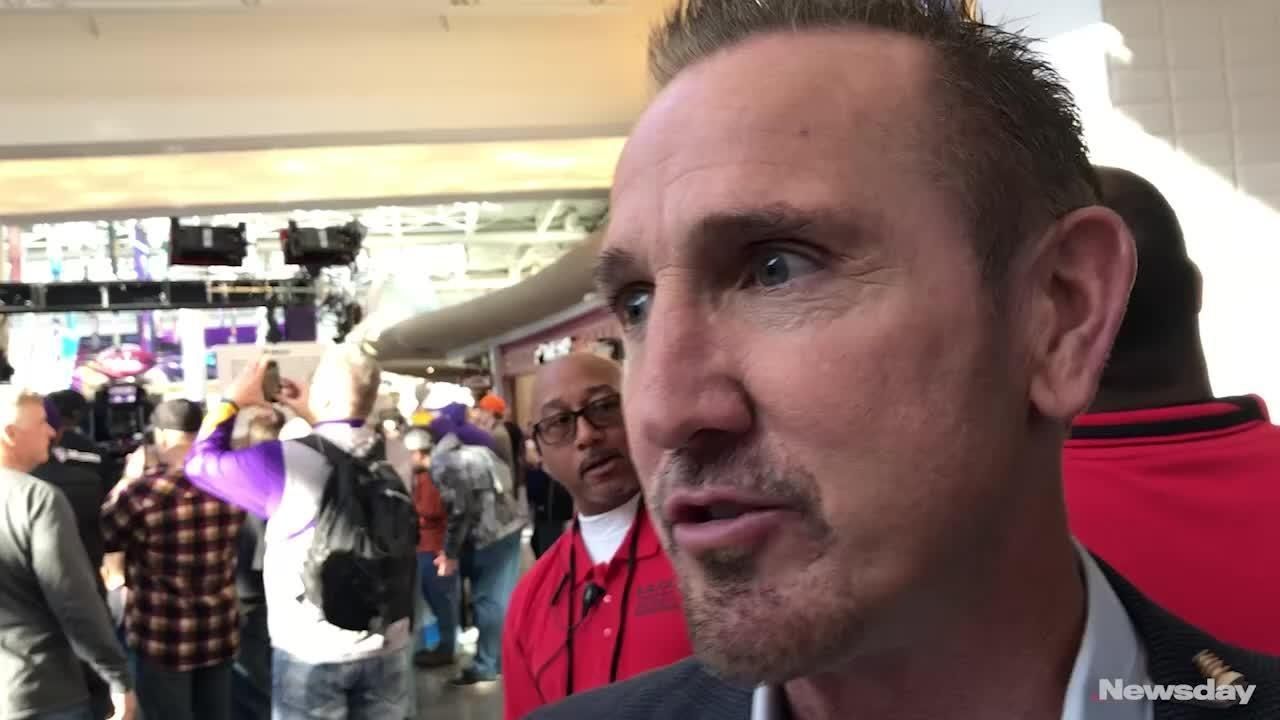 Steve Spagnuolo talks about his past three seasons as defensive coordinator with the Giants during Super Bowl LII week in Minnesota and how it came to an end this season. (Credit: Newsday/Tom Rock)

BLOOMINGTON, Minn. — When Steve Spagnuolo accepted the job as defensive coordinator of the Giants in 2015 and made the drive up I-95 from Baltimore, he thought it was going to be a one-way trip.

“In my mind,” he said, “that would be the last place I would coach.”

Fast forward three seasons and Spagnuolo is out of a job. He’s served as interim head coach for the organization, and has twice interviewed for the full-time head coach position that went to someone else. So no, the Giants were not the last stop of his coaching career.

What that will be, Spagnuolo isn’t certain. He was doing some media work at the Super Bowl this week, so he may be able to fall back on that for a bit. It’s a little late in the merry-go-round to be added to a coaching staff somewhere else, so he may have to sit out the 2018 season before jumping back in.

“It may not be this year, and that’s OK,” he said. “Sometimes when that happens it gives you a chance to sit back and see the big picture. I think that’s always good. When you’re in the middle of it all the time and you put the blinders on and you go, you miss some things. I don’t know what it will feel like because I’ve never not been [coaching] in the middle of a season, but if that’s the way it happens that’s the way it is. I’ll spend some more time with [my wife] Maria, that’ll be a blessing, and then we’ll see what happens next year.”

There was talk that Spagnuolo might remain with the Giants, perhaps even as defensive coordinator, for 2018. He had hired Pat Shurmur as his offensive coordinator when he was named head coach of the Rams in 2009, and Shurmur could have returned the favor. Instead, Shurmur hired James Bettcher.

Spagnuolo was also a candidate for the Giants head coach vacancy and interviewed with the team in early January after serving as interim the final four games.

“It was a very free-flowing, easy interview because everybody knows each other,” he said. “I did try to re-introduce myself because you really have to do that. But it’s all over and done with.”

He thinks the Giants can rebound from 3-13.

“I think everybody in this league has a chance to succeed,” he said. “Just a lot of things have to happen and come into place.”

And he hopes that both he and the Giants learn from the 2017 season.

“As hard as that was at the end of the year I feel blessed that I had an opportunity,” he said. “I think all of us should feel that way, because I think you become closer, you become more educated, you become smarter if you use it when you go through something like that.”

Spagnuolo said he is “disappointed” that things did not work out with the Giants. And baffled, too.

“I sit home with Maria sometimes and I say: Three hundred and sixty five days ago if somebody had said to me that this would happen I’d say, ‘No way. I’d bet my whole salary on it,’ ” he said. “But that’s this league. Sometimes when things go wrong and it snowballs a little bit this is what happens.”

So he’ll take to the I-95 corridor once again, this time heading south to his home near Philadelphia. He’ll likely never again get a chance to coach with the Giants after two tenures with the team. But he did win a Super Bowl ring with them for the 2007 season — which he was wearing when he spoke on Wednesday — and has a lifetime of love and memories of the franchise.

“There is still going to be blue running through my veins,” he said. “In a good way. You know how I feel about the people there, the leadership. It worked out the way it was supposed to work out.”

Liberty, coach Walt Hopkins part ways
Family of Hodges ecstatic about election to Hall
Rangers' Hunt has made the most of his opportunity
Are Giants better with Booker, and not Barkley, as lead back?
Nets beginning to stand out on defense
Jets sign K Eddy Pineiro
Didn’t find what you were looking for?