Joe Judge meets the press before the New York Giants introduce him as their new coach at MetLife Stadium on  Jan. 9, 2020. Credit: Corey Sipkin

Joe Judge’s career as a teacher did not go well.

Married with a second child on the way, bills piling up, and out of college and the indentured servitude of being a graduate assistant for the Mississippi State football program, Judge needed a job. So a friend offered him one, teaching physical education to kindergartners at a school in West Point, Mississippi.

“If you’ve ever seen that movie ‘Kindergarten Cop,’ that first day where he comes home just exhausted beyond belief? That was me,” Judge said. “I came home after the first three days and I could barely stand.”

After the third day, he got a call from Birmingham Southern offering him a job as a linebackers and special teams coach for the Division III program.

“I looked at my wife and said, ‘I’m going to take this job right now,’ ” he said. “I still never got a paycheck for those three days. I’m sure there’s interest collecting on it by this point.”

Judge may not have gotten any money for the experience, but to say it hasn’t paid off would be inaccurate. As he climbed his way through the coaching ranks, from Birmingham Southern to Alabama to New England to the new head coach of the Giants, he brought with him some of the lessons he learned during those three days of torment.

“These kids would come in and I realized I had to have an organized plan with these kids that covered the full 60 minutes I had them,” he said. “If I let any detail in that plan go to waste, it was going to be chaos. I had kids dancing on the windowsills, I had kids peeing themselves, I had kids doing everything. I figured out you have to keep them busy. You have to be detailed and prepared on the front end to make sure that regardless of who your audience is or who your classroom is, you have to have something to keep them busy and occupy them mentally and stimulated that they want to participate in what you are trying to accomplish.” 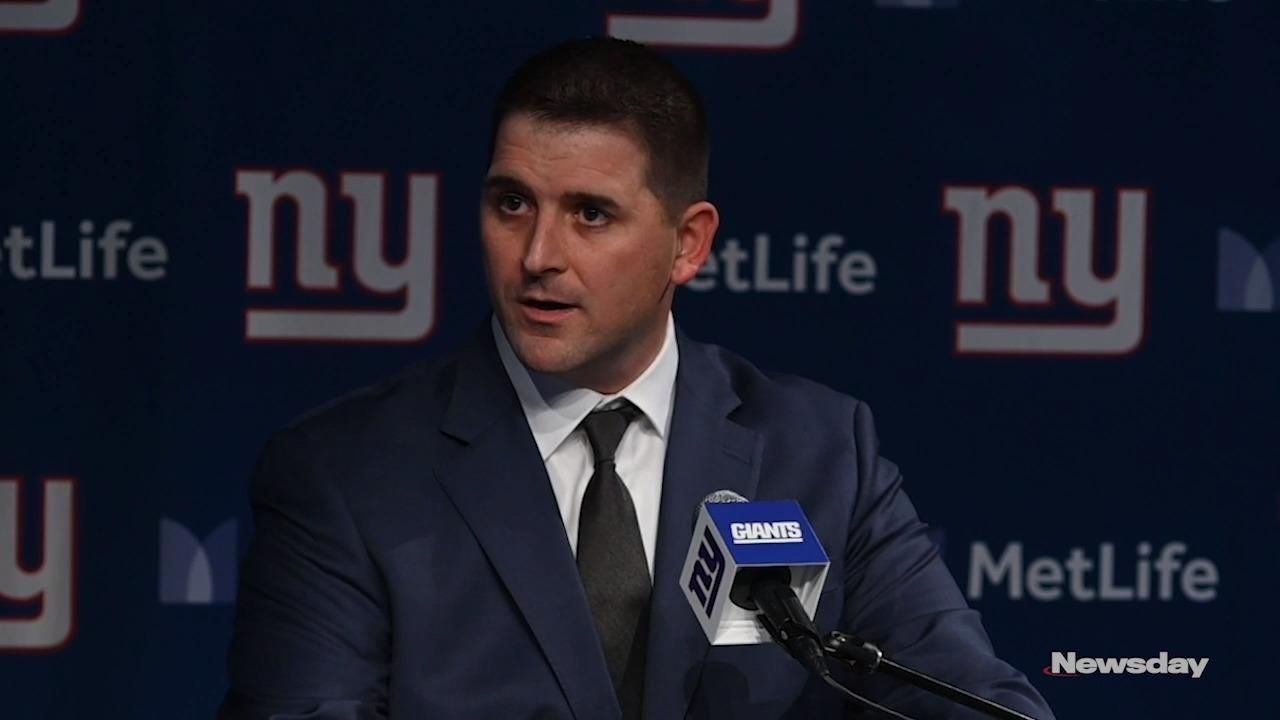 Giants' Joe Judge explains what he's about Joe Judge was introduced as the new head coach of the Giants on Jan. 9, 2020. During a news conference at MetLife Stadium, Judge explained what he is about as a football coach, his philosophy, what he learned from his mentors and more.  Credit: Corey Sipkin

When he gets in front of the Giants in April, there seems little chance that Sterling Shepard will be dancing on the windowsill or Saquon Barkley will be, well, doing that other thing. But the same principles that Judge learned as a kindergarten teacher —  and as he worked toward his Ph.D in education — can be applied to instructing a football team.

Which is why having a 38-year-old coach with an education in education, and whose mother, Denise, is the principal at Mary, Mother of the Redeemer Elementary School in the Philadelphia area, is something that might be useful to a team such as the Giants with a young roster and players who need to be taught how to play in the NFL. How to win in the NFL.

“You start to figure out as you get older in this business that the best coaches tend to be great teachers,” Giants co-owner John Mara said. “He believes that you can’t be a great teacher unless you can teach the most challenged student in the classroom and get them up to speed, and that was something that hit a chord with us.”

It’s also something the previous Giants coaching staff was not able to do very well. It led to breakdowns and miscommunications on the offensive line, in the secondary and with receivers running routes. The players were given their playbooks and told the information they needed, they practiced and reviewed, but they weren’t "taught" it.

“I want teachers, not presenters,” Judge said of his yet-to-be-assembled coaching staff. “I don’t want someone who looks fancy in front of the screen that can say it with a lot of different sales lines . . .  Presenters can be passed off as salesmen. They can stand in front of a crowd, stand in front of a position group and talk fancy and make it look good, but at the same time, they can create a cloud of information. I think teachers paint a clear picture that you can mentally see what it is, what it should look like, how you have to get there and why it’s important.”

So when does Coach Judge become Doctor Judge? Probably not during his tenure with the Giants. While he has completed all of the coursework to receive his Ph.D, he still has to write his dissertation. That became less and less realistic as Judge became more and more involved in coaching and as his family grew to four children. Maybe someday he’ll go back to it, he said, but not until after he sees how this football thing works out.

He may lack the official final degree, but Judge might be one of the few NFL head coaches who actually can put his coursework from college to practice in his job. He’s the head coach of the Giants, but in some ways, just like his mom, he’s their new principal. He’ll set the curriculum, hire the teachers and be in charge of discipline.

“I tell coaches all the time: ‘It doesn’t make a difference what you know, it’s what the players know,’ ” general manager Dave Gettleman said. “That’s teaching.”

The Giants are going back to school. No player left behind.

On special teams, Joe Judge prepared for one down. Now he gets to coach all four.It still remains a rather unorthodox career path. Joe Judge preaches old-school values in first news conferenceCo-owner John Mara said Judge gave the best job interview he's ever participated in and won the Giants over. Glauber: Joe Judge is just trying to be Joe JudgeThe biggest mistake Judge could make moving forward is trying to be a clone of either - or both - legendary coaches. Giants' Judge: Versatility will be key to our approach"Our philosophy is going to be to put pressure on the opponent to prepare for multiple things," Judge said. "