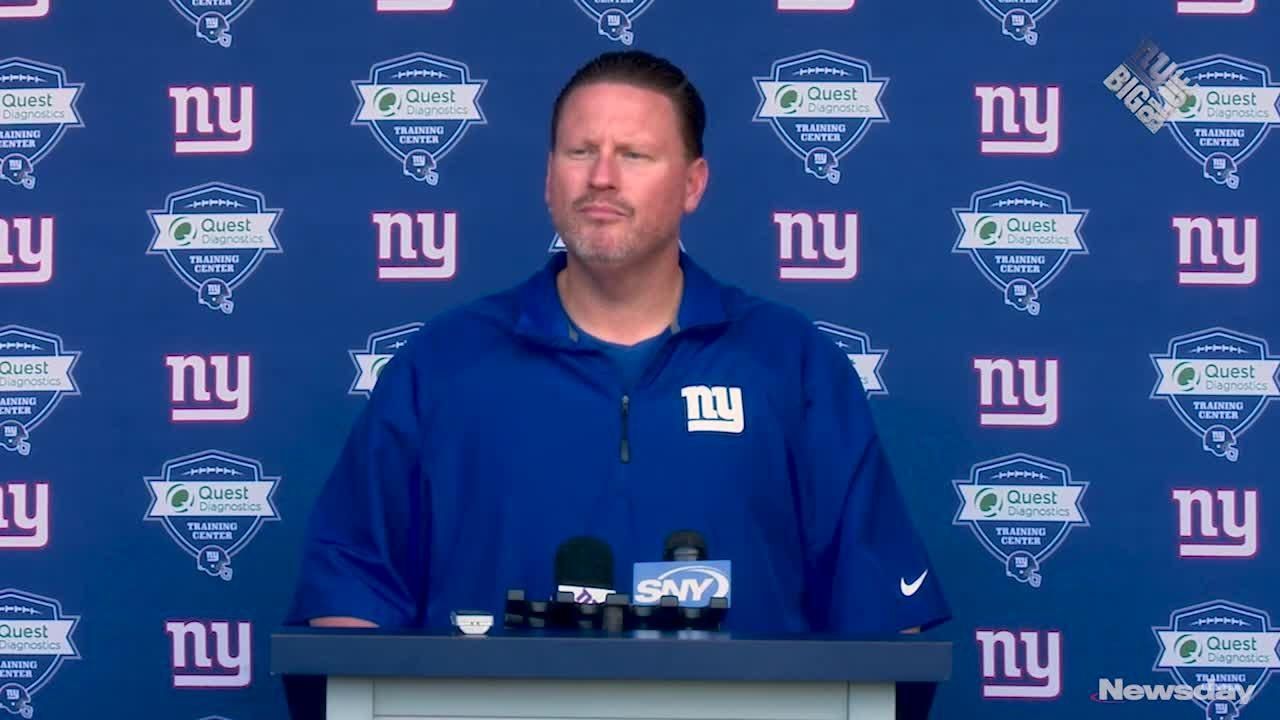 Giants head coach said he doesn't regret how Eli Manning's benching was handled and that he and co-owner John Mara were "on the same page" about the decision. (Credit: Big Blue Entertainment)

It’s the sentiment Ben McAdoo was forced to repeat time and time again on Friday. He said he has no regrets about how he handled Eli Manning’s benching, no qualms about how he communicated the controversial move. As he bore the verbal projectiles of fans, analysts, players and seemingly even his team’s owner, McAdoo remained steadfast and almost defiant about the correctness of his decision.

The question is whether Giants co-owner John Mara, who said he originated the idea of eventually getting more playing time for Geno Smith and Davis Webb, feels the same way.

On Wednesday, Mara indicated he wished Manning’s benching had been handled differently and said he supposed his coach could have shown more compassion during his announcement Tuesday. But during a terse exchange with reporters Friday, McAdoo dismantled that narrative.

What will be the result of Geno Smith's first pass attempt as Giants starter vs. the Raiders?

Forced to scramble and run (10)

“I was up front and honest with Eli and I don’t have any regrets there,” he said, adding that he and Mara “were on the same page with how it was going to be handled.”

Perhaps, but if so, they’re on the same page of a tumultuous saga.

Mara on Wednesday said he did not expect Manning to give up his starting role and added that there would have been no preconceived idea of when he’d come out. McAdoo, though, said he told Manning he likely would be lifted at halftime. The face of the franchise balked and decided to say goodbye to his starting streak of 210 consecutive regular-season games. Smith will start against the Raiders on Sunday.

Glauber: McAdoo could be gone sooner than later

General manager Jerry Reese might have been the intermediary between McAdoo and Mara. When asked if he had spoken to Mara this week, McAdoo said he hadn’t spoken to him “recently.”

He added that he wasn’t concerned about crossed signals.

“No, I’m confident and comfortable with the way we communicate,” McAdoo said. “Open lines of communication.”

McAdoo said he is “confident in Geno” but declined to say how many active quarterbacks he will have on the roster Sunday. “I’m not going into the game thinking that [we’ll have to replace Geno]. No one is,’’ he said. “He’s had a good week of preparation, a good week of practice.”

McAdoo also said that no one’s job is guaranteed in this league. That means Manning, and that certainly means McAdoo himself. Only a few weeks ago, Mara said coaching decisions would be made after the season. When asked Wednesday if McAdoo’s job is safe until then, he changed his tune slightly but very perceptibly, saying there are no guarantees in life.