Odell Beckham Jr. warms up prior to a game against the Detroit Lions at MetLife Stadium on Sept. 18, 2017. Credit: Getty Images / Al Bello

The NFL has fined Odell Beckham Jr. $12,154 for simulating a dog urinating to celebrate his first touchdown in Philadelphia last weekend, seemingly putting an end to the latest chapter in Beckham’s colorful career.

Coach Ben McAdoo certainly hopes so, partly to put the distraction behind the team, and partly because his focus is on how important Beckham is before and during plays, not after them.

Has the tempest surrounding last weekend’s act affected Beckham this week, from what McAdoo has seen?

“He’s focused on preparing for the game,” McAdoo said Friday. “He seems dialed in and focused on his preparation.” 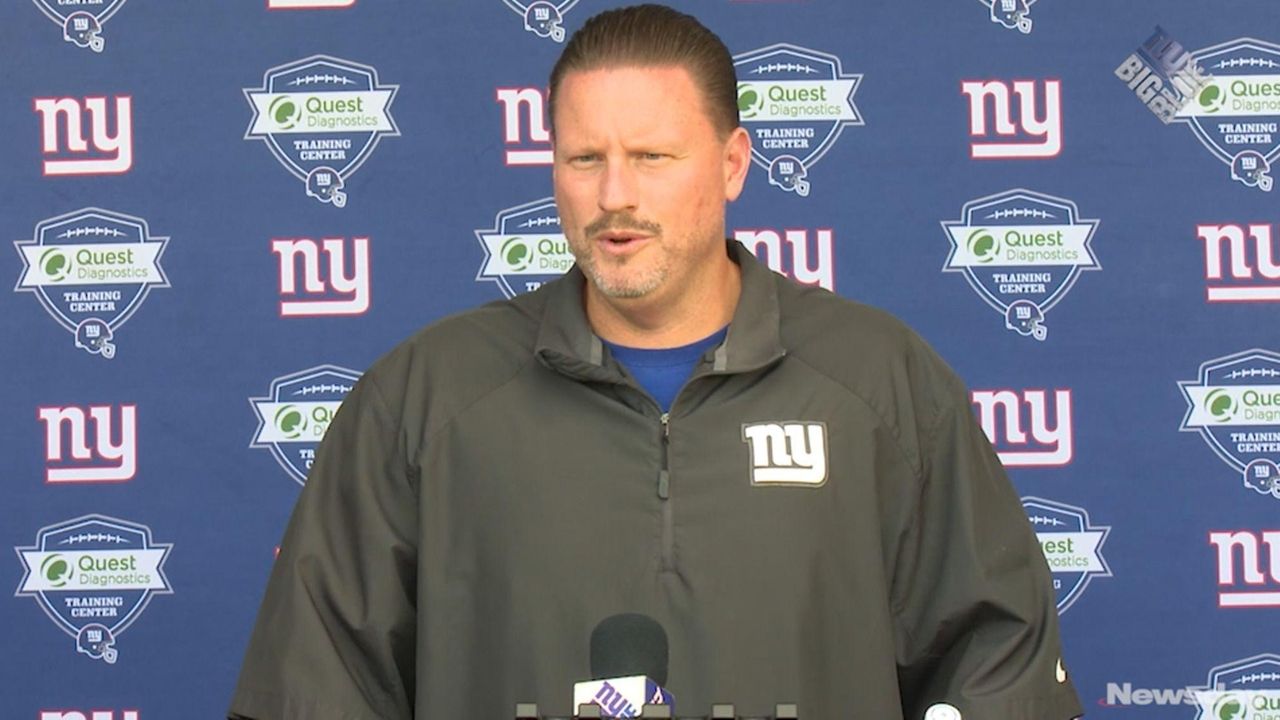 The good news for the Giants is they have one of the most dangerous receivers in the NFL. As McAdoo said in an interview this week on the team’s website, Beckham in effect is open if only one defender is covering him.

The bad news for the Giants is that everyone else knows how dangerous Beckham is, so most of the time opponents do not single-cover him — especially when they do not have a strong running game to worry about.

“I think our offense is at its best when we’re running the ball well, that’s number one,” McAdoo said. “So it takes the pressure off the quarterback. You run the ball well it opens up things in the action-pass game and the quarterback has a chance to complete the ball.

Notes & quotes: LB B.J. Goodson said that after a week of limited practice he is “feeling good, man, feeling great,” and is eager to return after missing two weeks with a shin injury. During his absence the Giants allowed 331 rushing yards and are last in the NFL in rushing defense . . . No players were listed as out or doubtful on the Friday injury report. DE Olivier Vernon (ankle), G Brett Jones (hip), RB Orleans Darkwa (back) and LB Jonathan Casillas (ankle/wrist) are questionable. It appears OT Bobby Hart (ankle) is ready to go, but with Jones’ status now uncertain McAdoo said it is too soon to know how the line might be shuffled against the Buccaneers on Sunday . . . McAdoo said the Giants “have some people behind the scenes who are working together with the players” to determine how the team will approach the national anthem before Sunday’s game . . . How has McAdoo dealt with the outside duties and distractions that come with the job of head coach now that he is 19 games into his term? “I’m not someone who believes in getting distracted,” he said. “I think the biggest difference is you can never clean your desk off on this job. There’s always something coming on your desk. It stacks up pretty quickly. You have to roll with the punches, have principles you hang your hat on and be consistent.”

Rangers can't look past Blue Jackets with Lundqvist Night looming
Even with all the hurdles so far, Nets still in good position
Pulock skates with Isles, timeline for return still uncertain
Palmieri returns to Islanders' lineup vs. Kings
Rangers' Gauthier gets chance to impress on top line
It's time for the Mets' booth to get the bobblehead treatment
Didn’t find what you were looking for?