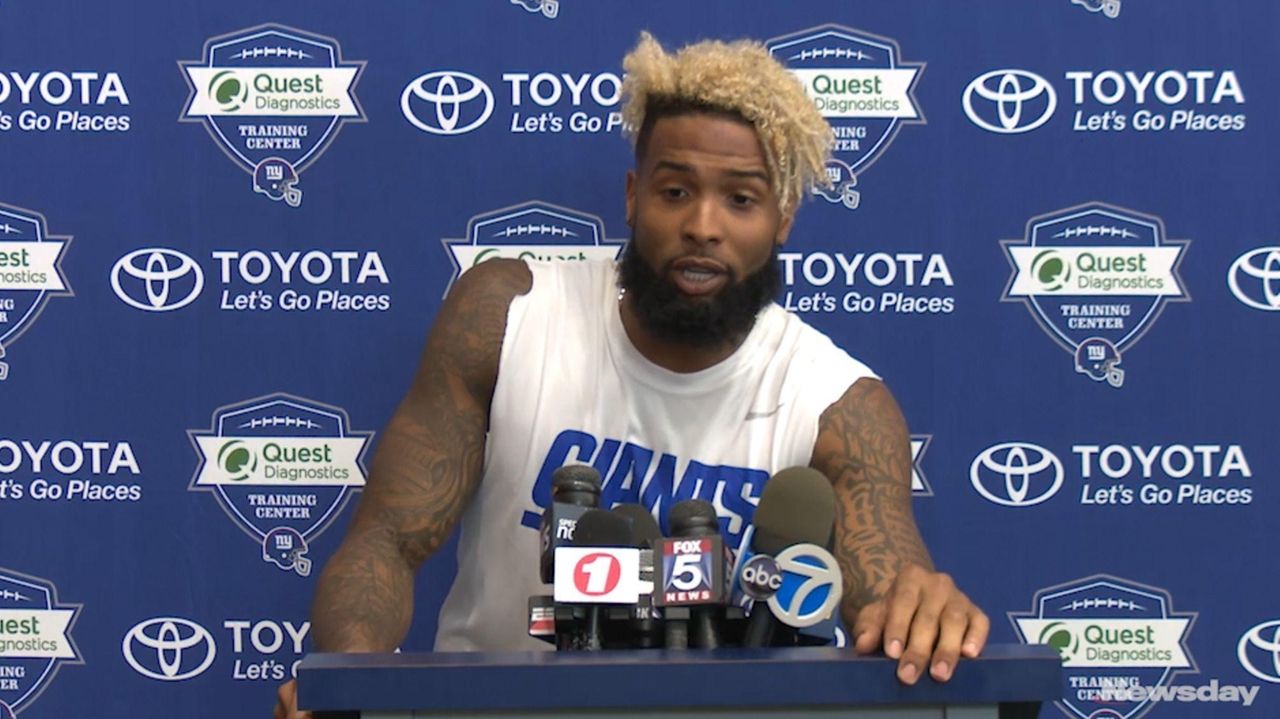 Sorry, Odell. You won’t top the list. But John Mara promises that the consolation prize won’t be too bad.

The Giants’ co-owner said he’s happy that Odell Beckham Jr. is aiming to become the highest-paid player in the NFL, as the wide receiver disclosed in a video post for Uninterrupted on Thursday and reiterated at a news conference Friday. As Mara asked, who wouldn’t want to be?

“I’m not going to lose any sleep over that,” Mara said.

He also flatly said that ain’t happening. Quarterbacks, Mara said, are and always will be the most valuable commodity in the sport. Currently, the top 15 highest-paid players in the NFL play that coveted position, including the Giants’ Eli Manning.

What will happen, at some point, is that Beckham will be a very wealthy football player for the Giants for many years to come. Mara said he does not have a timetable for agreeing to a long-term deal with Beckham but insisted that an agreement will be reached in the foreseeable future.

“Listen, he deserves to get paid,” Mara told reporters. “We’re going to pay him. It’s just a matter of when we enter into the contract.”

Mara said that could happen this season or next offseason. “I think they’ll happen sooner rather than later,” he said of negotiations.

It seems unlikely that Beckham will be at Giants training camp a year from now playing out the fifth year of his rookie contract. Something would have to go terribly wrong in terms of an injury or a wildly disappointing season for that to happen (and all you have to do is look at the Giants’ recent history with bright young receivers such as Steve Smith and Hakeem Nicks to know that it is possible).

Until then, Beckham said he will patiently play this season for a $1.8-million base salary that makes him the 43rd- highest-paid receiver in the NFL.

Beckham said he has no regrets about expressing his financial desires (it was not, to be clear, a demand or request, but a hope). He also said he did it in part to help other players in the NFL, players who generally are viewed as having the flimsiest contracts in pro sports despite the highest risks to their health.

“You want to change the game,’’ Beckham said. “This is not just for Odell Beckham, this is for everybody in the league, people who deserve it. You sit there and you watch the NBA, it’s crazy. Being realistic, it’s crazy what they’re getting. And there’s people in the NFL who deserve that.”

Beckham could have held out of training camp to get his deal. He decided not to.

“I don’t have time,” he said. “I’m 24 years old. I’m trying to play football until I can’t play football anymore. I can’t get caught up taking days and not playing.”

Formal negotiations between the Giants and Beckham’s camp have yet to begin. No matter. These informal ones are much more riveting. Mara joked that actual contract talks will begin “when we determine that his agent is being reasonable.”

In the meantime, Mara said he just wants Beckham to be himself.

“I think he’s just got to keep doing what he’s doing, keep playing,” he said. “Listen, he’s going to get a long-term contract. We’re not asking him to prove anything at this point. Just play as hard as you’ve been playing and continue your growth off the field as a person. I’m confident he’ll do both.”

As for the idea of Beckham’s public posturing over his contract being a distraction to the team, Mara disputed that.

“He certainly is a star in every sense of the word,” he said. “That presents certain challenges. But I’ll live with those challenges every day of the week to have a player like that.”