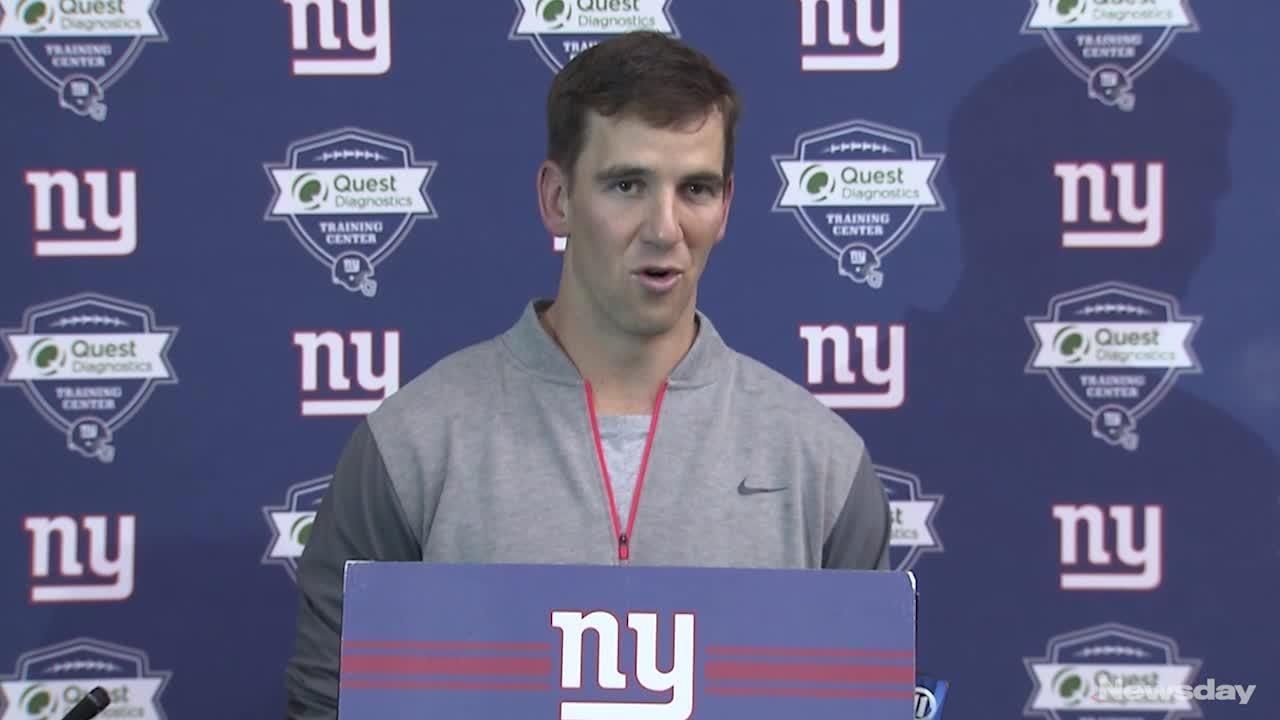 Eli Manning took time during his press conference on Tuesday, Jan. 3, 2016, to poke fun at some of his Giants teammates who took a quick trip to Miami after their regular-season finale against the Washington Redskins two days earlier. Credit: Big Blue Entertainment

Odell Beckham Jr. said he wasn’t trying to rock the Giants’ boat with his quick jaunt to Miami to party with his fellow receivers, other celebrities and musicians, and pose for pictures aboard a yacht.

“We were going to get our minds right,” Beckham told ESPN of the trip that included Victor Cruz, Sterling Shepard and Roger Lewis Jr. “That’s what we were doing.”

The trip raised eyebrows as a possible distraction from the Giants main focus of winning Sunday’s playoff game against the Packers. Beckham, who did not address the media in the locker room Tuesday, said the junket was not a big deal.

Glauber: It’s OK for Giants’ WRs to party in Florida

The Giants unanimously agreed. That included coach Ben McAdoo, who said Monday — the day the photos of the party cruise surfaced on social media — that he had no issue with the mini-vacation on an off day. The players apparently flew to South Florida late Sunday night after the Giants’ road win over Washington and spent the night in clubs before heading to the yacht in the daylight hours. They were back in New Jersey by Monday night.

“Hey, it’s an off day,” running back Rashad Jennings said. “It’s not affecting the way they came to lift and practice today at all, so it doesn’t mean nothing at all. Everything is different if somebody doesn’t show up to work, but they were here ready to go and having fun just like always.”

Linebacker and defensive captain Jonathan Casillas said he wouldn’t spend his day off in such a way, “but everybody is different. If I got an invite, maybe, but I didn’t get an invite. I like Justin Bieber, he’s cool. But it is what it is. Those guys are here at work today and ready to go, full of energy.”

When players start joking about the topic, you know it has run its course. Eli Manning cracked a few one-liners about the way the players were dressed in their widely seen photos. Cruz declined to speak about the adventure on his weekly WFAN radio spot Tuesday evening, but when asked if Bieber is a Giants fan, he couldn’t help himself.

“The way he was dancing in the nightclub, I would say he was a Giants fan,” Cruz said.

“I’m not perfect, but everybody knows my passion for football when I’m on the football field,” he told ESPN. “I’m here for the New York Giants, especially over the next four weeks. Now we are about to make a run, about to make a push. It’s go time. Everybody is focusing on what they need to be focusing on.”

Everybody inside the building, anyway.

“That’s just something for clickbait,” Jennings said of the whole situation. “Odell, the camera is a magnet to him, and people like to blow up everything. He’s a team player. You’re not going to find anybody here looking any which way about what they should or should not do.”

A look at the NFL offseason coaching carousel
Nets' James Harden: 'I've got my swagger back'
It's a whole new ballgame when it comes to getting into Hall
Rangers' Georgiev leads off in goal in first half of back-to-back
Islanders legend Clark Gillies dies at 67
Rangers fall behind early, can't catch up against Hurricanes
Didn’t find what you were looking for?