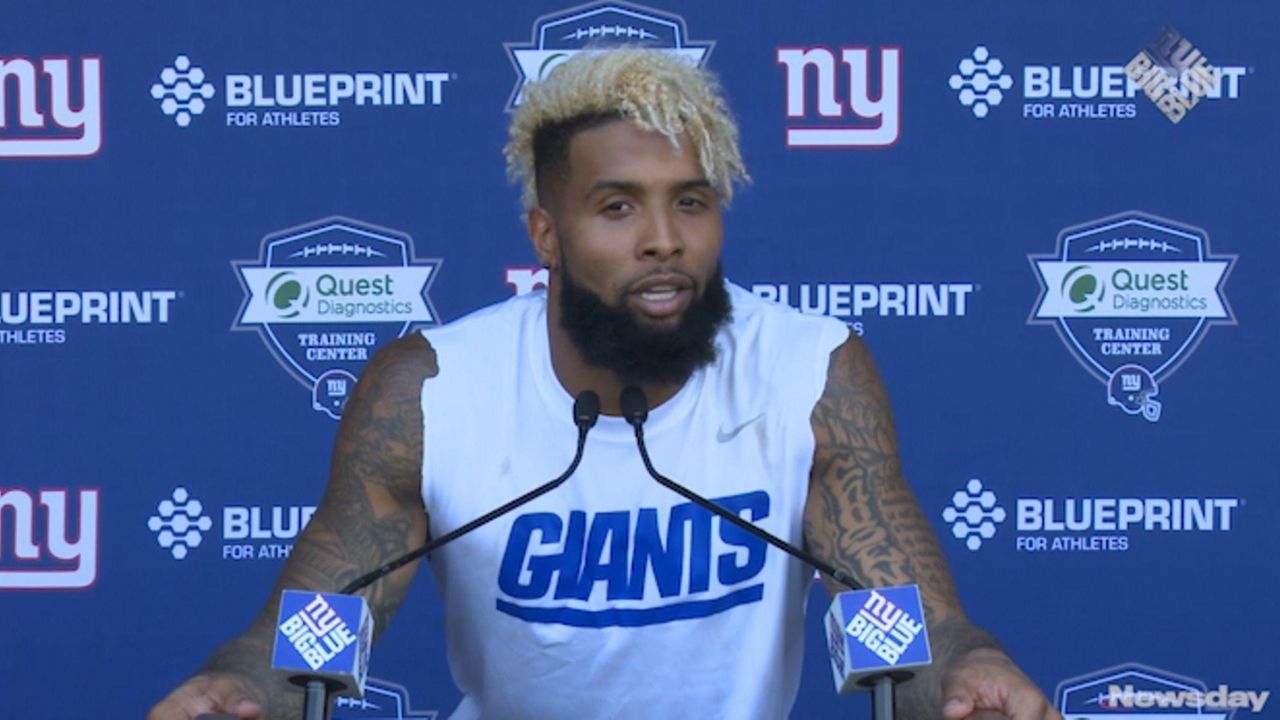 Odell Beckham Jr. came back to the Giants and said he never wants to leave.

About a week ago, co-owner John Mara told a Town Hall assemblage of fans that he wanted Beckham to be a Giant for the rest of his career. On Tuesday, Beckham’s first day back on the field with the team since his conspicuous absence from voluntary OTA workouts, the receiver said that would be fine with him.

“I think we’re on the same page there,” he said after the first practice of the three-day mandatory minicamp. “Obviously, this is one of the best organizations in the league and I would love to be here for the rest of my life.”

Glauber: Will Beckham finally start to grow up?

In an abstract way, at least. The reality is that Beckham has two seasons remaining on his rookie deal, will be underpaid compared to similarly productive wideouts in 2017, and was absent from voluntary OTAs the past three weeks. That last part caused many to connect dots — some of which Beckham seemingly placed there himself on social media — and assume he was angling for a new deal by staying away from the team.

After a few circles around the topic in which Beckham would not directly answer questions about his contract status (“I leave that in the hands of the man above,” he said, and later added: “You’d have to ask the people who do the contracts”) Beckham finally severed any link between his absences this spring and his desire for an updated contract.

“I was just out in L.A. training,” he said. “I’ve seen the whole holdout and all that stuff and I’ve never really seen it work, so that was never in my mind that I’m not going to go to OTAs to get a new contract. I don’t think that really proves a point, in my opinion.”

Would Beckham like a new deal? Of course! But so does everybody. And there have been no negotiations toward that end. “When that time comes, that time comes,” Beckham said, preaching patience in the process.

Skipping OTAs was more about taking a deep professional breath than any kind of financial statement.

“I was just taking the time to train . . . and really grow and mature,” he said. “You just have time to be able to reflect on life and learn new things. It was a great process for me and I definitely enjoyed it.”

For a moment it looked as if Beckham would change the narrative the best way he knows how. He had an opportunity to show the world that skipping OTAs was a non-story, that he was better served physically and mentally by training in California. That statement was taking place where Beckham has always been his most convincing — on the field.

On his first full-team rep of Tuesday’s practice, he ran a deep route down the right sideline, getting half a step on cornerback Janoris Jenkins. Eli Manning unloaded a long pass and for a moment all was right in the Giants’ world.

Then the ball went through Beckham’s hands. A drop.

Oh well. It’s only mid-June. Only the first day of minicamp.

The important part was that Beckham, the team’s most dynamic playmaker and one of the NFL’s brightest stars, had returned after raising the blood pressure of those who believe he owed it to the team to be there and become the biggest storyline of the spring for the Giants.

“It’s great to be back out here,” Beckham said after being targeted only a handful of times in team drills, making no catches and rotating in and out at a rather leisurely pace.

“It’s great to have him back,” Ben McAdoo said. “He didn’t miss a beat when he came in. He looks in good condition.”

It also gave the Giants their first look of the offseason at how their offense, with the additions of free agents Brandon Marshall and Rhett Ellison and first-round pick Evan Engram, could appear come September.

“It was great to walk into the room,” Beckham said. “That’s your team, that’s what you do it for, those 53 men on the roster and whoever else is in this building. It’s a special bond.”

And Beckham is back to being a part of it.

Rangers' Georgiev leads off in goal in first half of back-to-back
What's next for Julius Randle and the Knicks amid their struggles?
Giants name Joe Schoen as new GM
Parcells believes Schoen is right man for job
K'Andre Miller growing into role on Rangers' blue line
LaMarcus Aldridge can still be go-to guy for Nets
Didn’t find what you were looking for?