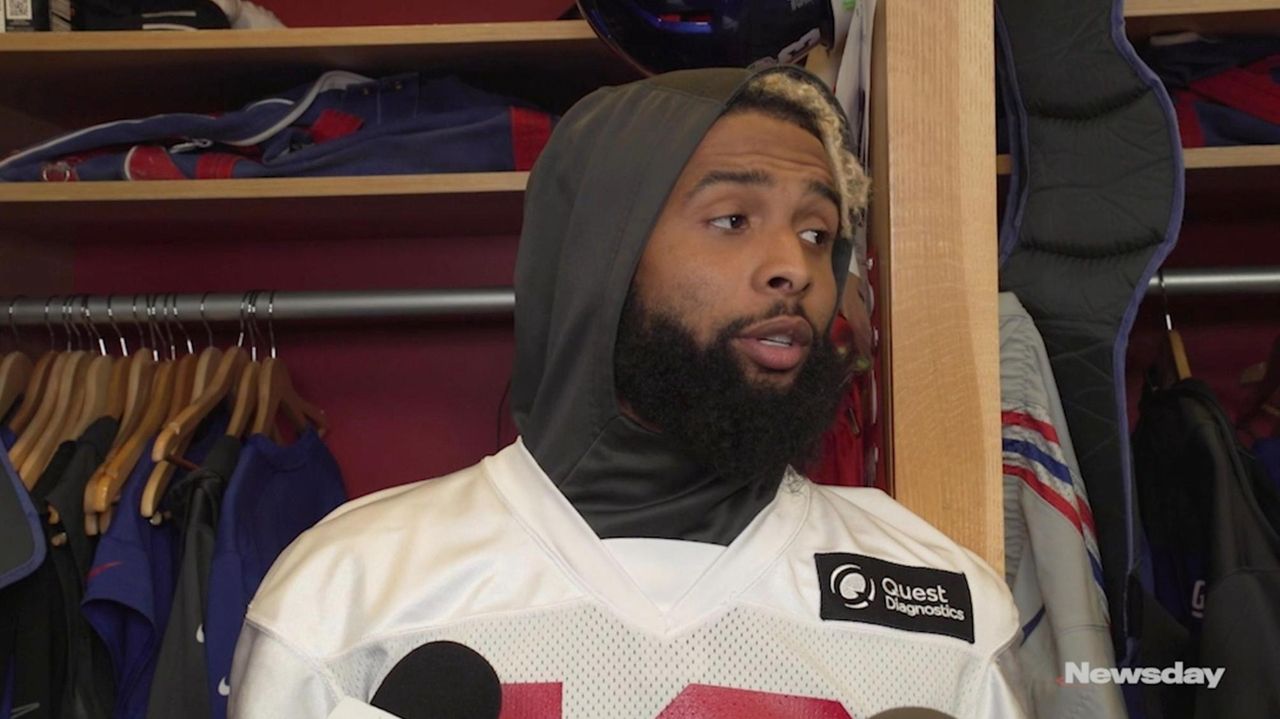 Odell Beckham Jr. has no regrets over his latest ongoing controversy, but he’s vowing to shut up and play, just as John Mara requested.

The Giants’ $95-million receiver said he has yet to sit down with the team’s co-owner after Mara stressed this week that Beckham “needs to do a little more playing and a little less talking.” But the message was received — for now, at least.

“I respect and value his opinion, obviously. So that’s what we’re gonna do, like I said, focus on Atlanta right now, and that’s really it,” Beckham said before practice Friday in preparation for Monday night’s game in Atlanta. “I haven’t talked to him yet, but I’m sure we’ll talk.’’

Mara and Beckham may have something of a truce, but Beckham’s father, Odell Beckham Sr., apparently has a beef with his son’s employer. Posting on Instagram — with an old video of Mara throwing a chair in disgust during a game — Beckham Sr. noted that “the tree is acting like the Apple!!! . . . He’s mad at how Odell is acting sooo HE DOES THE SAME??! You couldn’t make this up if you tried!!”

Beckham Jr. limited his comments to the game at hand.

“I’m ready to talk about the Atlanta Falcons. That’s really it, that’s the focus right now,’’ he said. “We need to start winning games. So I feel that. I want to win, too, just as bad as everybody else. That’s really it.”

Beckham was fined by Mara and the Giants after making controversial comments in an ESPN interview two weeks ago in which he openly questioned quarterback Eli Manning, first-year coach Pat Shurmur and the heart of his teammates.

While Beckham insisted “I never have regrets,” Shurmur had the receiver address the team after his quotes first surfaced. The coach also said Friday that Beckham’s ESPN interview “is gonna be part of our DNA.”

Beckham, who has scored only one touchdown (and thrown for one) during the Giants’ 1-5 start, added that he “laughed” about reports that players in the locker room have grown frustrated with Manning’s declining play and would be open to a quarterback change.

Still, Beckham’s endorsement for Manning, 37, was lukewarm at best.

“I think — what’d you say, players are frustrated? I think they’re frustrated that we’re 1-5 and we’re losing. Everybody wants to win and that’s really it. I don’t think that ever was really the case,” Beckham said. “I think that we’re 1-5 and we need to start winning games. Everybody needs to pick it up. I need to play better. I can’t say that I’ve had my best games, I can’t say that I’ve done enough to help this team win. And I need to do more. Everybody needs to do more. Everybody’s gotta pick it up. We win games together, we lose them together. There’s no other way around it. It’s a team sport.”

Does he still believe Manning can get the Giants’ season turned around?

“You gotta ask him. I tell him every time that we get in the huddle, I say, ‘Take me home, 10,’ which to me carries weight,” Beckham said. “Because he’s been there. He knows how to win. He knows what he’s doing. He’s the most prepared of anybody I’ve ever seen. That’s exactly what I say, ‘Take me home.’

“And we’re gonna start picking it up. We got to. We have no other choice. I don’t think anybody in here is gonna lay down. I don’t think anybody has any quit in them. We’ve just been beaten, some games we were out-executed. We just need to win, that’s really it. We all hate losing, I know we’re tired of it, and like I said, we all need to do more, we all need to do better .  .  . But enough talking, words. It’s all about action.”