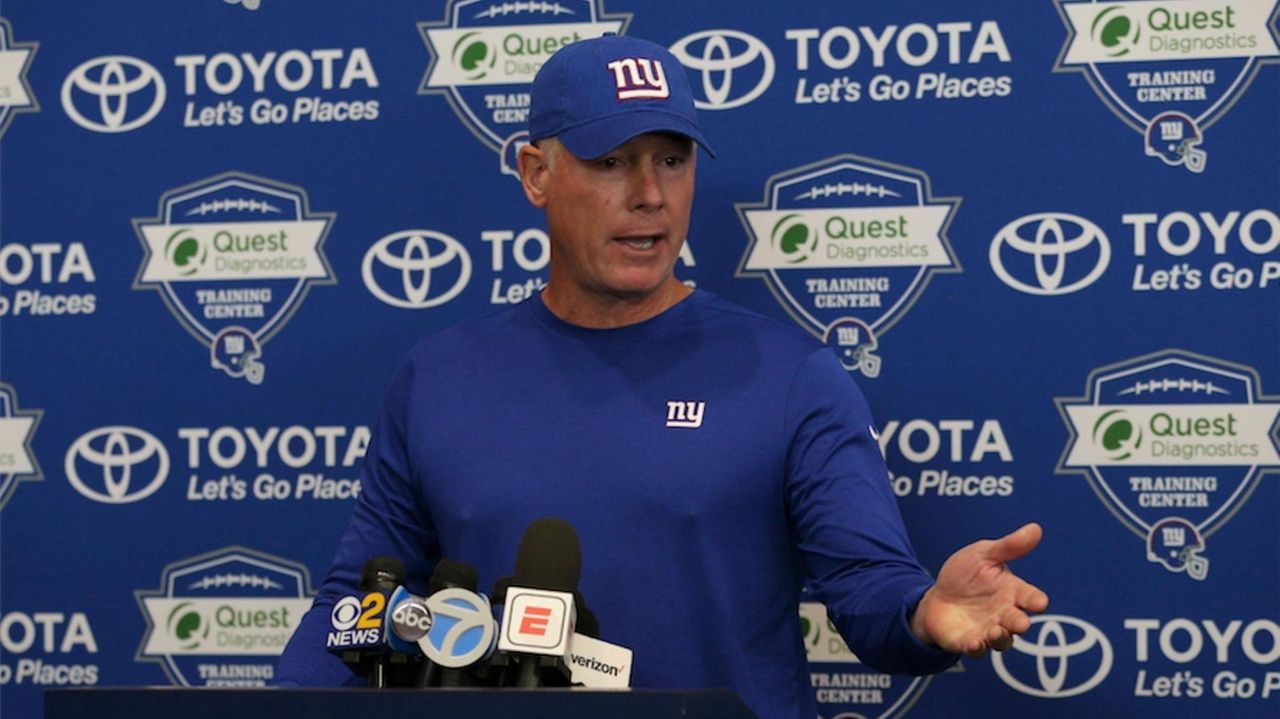 Head coaches will try all kinds of gimmicks to grab the attention of players when they first report to training camp. Every device from fiery speeches to inspirational films has been attempted, including last year’s bizarre parable by the former leader of the Giants to rile up the troops with the tale of an over-the-hill lion’s comeback.

The new head coach of the Giants said on Wednesday that his welcoming remarks to the players will be simple: Focus on football.

That’s it. That’s why he’s here, that’s why they’re here. No contracts, no social media videos, no outside stuff that can be a distraction to even the most veteran-laden teams in this league.

It represents the essence of Shurmur: Straight-forward and direct. The only bells and whistles associated with this guy are the ones that go off for his alarm clock each morning and the one hanging around his neck to signal the start to each play in practice.

It’s a refreshing philosophy for a team that has had more than its share of turmoil over the past few summers and seasons, a squad coming off a 3-13 season that was more memorable for the dysfunction off the field than anything that took place on it.

But is it possible? This is New York, after all, not Cleveland or Minneapolis or even Philadelphia, other cites where Shurmur has spent most of his career coaching. And these are the Giants, a team of personalities so big that many of them are on a first-name basis with the public like Eli, Odell and Saquon.

“That’s not hard to do,” Eli Manning insisted. “In every training camp or each year, there are going to be different distractions and different things going on that the media want to talk about or you get asked about. I think we have to do a good job as a team — and certain individuals — just keeping our focus on football and getting better, making improvements, and what we have to do individually to help out the team this upcoming year.”

That ability seemed to slip away from the Giants under the previous regime. Everything from suspended players to domestic abuse charges against former kicker Josh Brown seemed to trip them up and pull them away from the task at hand.

Shurmur, so far, has been able to avoid such head-on collisions, even if it’s only been for one day. Asked about the league’s controversial policy regarding the national anthem which is currently being hammered out between the NFL and the union, Shurmur simply said the team will have a conversation about it. Asked about the hot-button issue of Odell Beckham Jr.’s contract status, he demurred. “Again, the focus for me is to keep the players thinking about football,” he said.

The allegations against Beckham that surfaced this week in conjunction with a $15 million lawsuit against him? The murder of a friend of Janoris Jenkins’ at Jenkins’ New Jersey home (with Jenkins’ brother being charged with aggravated manslaughter) this offseason? Ben McAdoo’s criticism of some current Giants players? Shurmur shrugged them off with polite but non-engaging answers.

They don’t have anything to do with football, after all. At this point, that’s all Shurmur cares about. And all he wants his players to care about.

Islanders legend Clark Gillies dies at 67
Rangers' Georgiev leads off in goal in first half of back-to-back
Islanders beat Coyotes for third straight win at UBS
Rangers fall behind early, can't catch up against Hurricanes
Parcells believes Schoen is right man for job
Isles try to keep things fresh as seven-game homestand begins
Didn’t find what you were looking for?