Josh McCown and Christopher Johnson Jets stand in unison with the team during the national anthem prior to an NFL game against the Dolphins at MetLife Stadium on Sept. 24, 2017. Credit: Getty Images / Al Bello

FLORHAM PARK, N.J. — Jets players rallied around team chairman Christopher Johnson just days after he told Newsday the team would not punish players if they felt the need to protest during the national anthem.

After the NFL last Wednesday enacted a new policy that requires players to stand for the anthem or face league-mandated fines to the team and potential sanctions on players by the club, Johnson said the Jets would not expose his players to further penalties. His players appreciated the support.

“He’s great. He stuck his neck out there, because I know a lot of people feel passionate about that [anthem issue],” third-year linebacker Darron Lee said Tuesday after an offseason practice. “It’s good that he’s reiterating what he tells us, that he supports us.”

Veteran wide receiver Jermaine Kearse said Johnson “understands, and the fact that he’s taken ownership to support us and be actively involved — I don’t know what other owners are doing with their teams — but he’s been actively involved. We’re very appreciative of his support. He cares.” 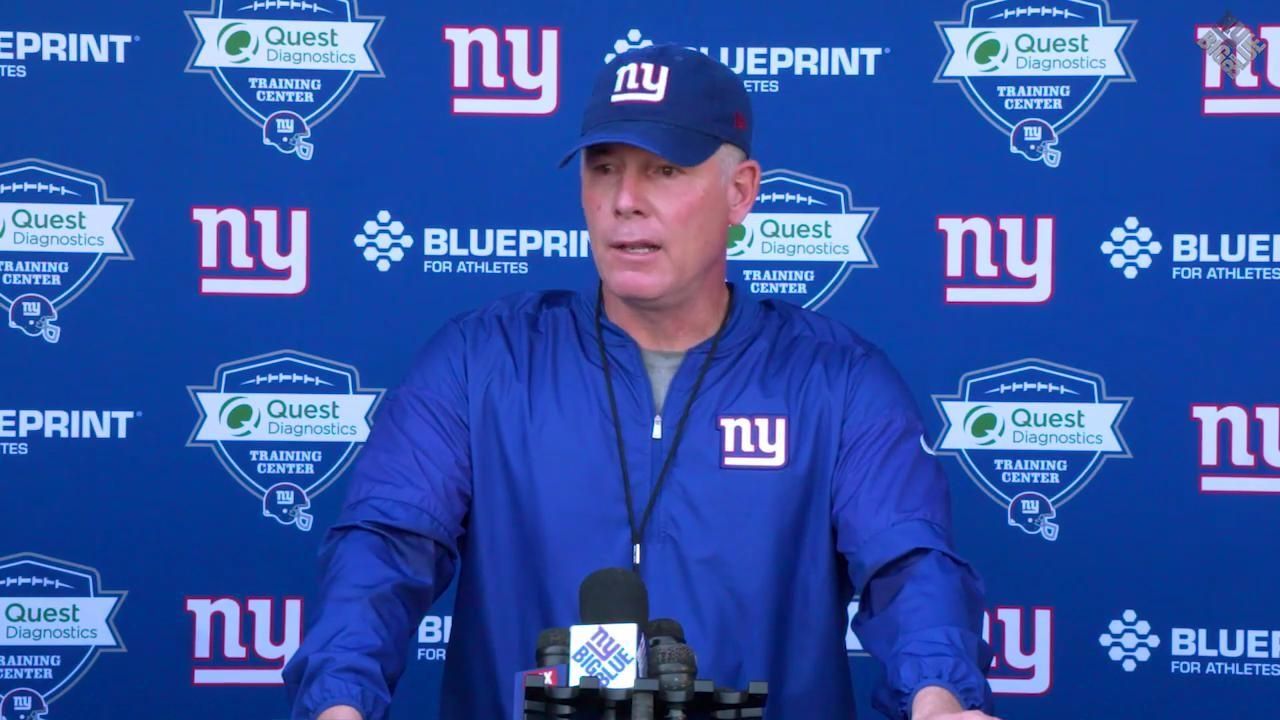 “We, as a team, we support him,” second-year safety Jamal Adams said. “He’s our owner and we definitely have his back.”

Johnson said after the owners approved the new anthem protocol that he would not stand in the way if his players wanted to protest during the anthem and join other players around the league trying to draw attention to social justice issues.

“I do not like imposing any club-specific rules,” Johnson told Newsday last week. “If somebody [on the Jets] takes a knee, that fine will be borne by the organization, by me, not the players. I never want to put restrictions on the speech of our players. Do I prefer that they stand? Of course. But I understand if they felt the need to protest. There are some big, complicated issues that we’re all struggling with, and our players are on the front lines. I don’t want to come down on them like a ton of bricks, and I won’t. There will be no club fines or suspensions or any sort of repercussions. If the team gets fined, that’s just something I’ll have to bear.”

Several players interviewed Tuesday said the team plans to remain standing during the anthem. Last year, after President Donald Trump harshly criticized players who kneeled or sat during the anthem and suggested they be thrown out of the NFL, all Jets players, coaches and Johnson stood together and locked arms on the sideline during the anthem.

“If I were to make an educated guess, I’d say it would be that,” Lee said when asked if he expected the team to continue standing with interlocked arms during the anthem.

Meanwhile, Giants linebacker Mark Herzlich suggested after practice Tuesday that inviting Trump to meet with the players would be a good idea to help address the controversy with the protests during the anthem.

“The real issue isn’t players being against a president or against a country,” Herzlich told the Daily News and ESPN.com. “It’s about players being for unity, and they want to create an atmosphere with law enforcement, with others in their community that we share in the locker room . . . I would love Trump to come down here and hang out in our locker room and see what locker room talk’s really about, and talking about our night nurses and our babies — this is what we talk about, it’s a family.”

Newly acquired Giants safety Michael Thomas, who protested during the anthem last year while with the Dolphins, said he hasn’t decided whether he will continue with them.

“I haven’t had a chance to sit down with my brothers, the team and have a conversation about it,” he said. “This is my first year here. I’m sure every organization [is going through this]. Haven’t had a chance to have a conversation with [team owner John] Mara or my brothers . . . For me, right now, it’s going to be about taking time to talk to my brothers. We haven’t decided what’s going to happen.”

Under the new policy, any player who doesn’t wish to partake in the anthem ceremony can remain in the locker room to avoid incurring a team fine from the league.

Several players expressed regret about the decision to change the anthem protocol without input from the players.

“It was disappointing,” Jets tackle Kelvin Beachum said. “At the end of the day, we’re paid to play this game. They own the game. That’s the difference.

“It is what it is at this point,” Beachum said. “The league finally made a decision. We’re going to still continue to do the work. Our owner supports us in doing that work.”

“We’re going to sort of let it settle for a little bit here,” he said. “It’s like any new rule, this is a new policy and I certainly trust that our players are going to do the right thing. At some point, we’ll discuss it, but we just haven’t done it yet.”

Shurmur said his stance on the anthem is clear.

“I know certainly for me, it’s very easy,” he said. “I’m going to face the flag and take my cap off and listen to the anthem and be thankful that my family and I live in the greatest country in the world and be able to kind of reflect on and be thankful for all the sacrifice that a lot of people have gone to, to help protect and secure our freedom. So, that’s what it means to me. And again, I think at some point, we’ll talk about it as a team and I trust that our team will do the right thing.”

Shurmur trusts Giants players in regard to anthemGiants head coach Pat Shurmur has not had any formal conversations with the players regarding ...