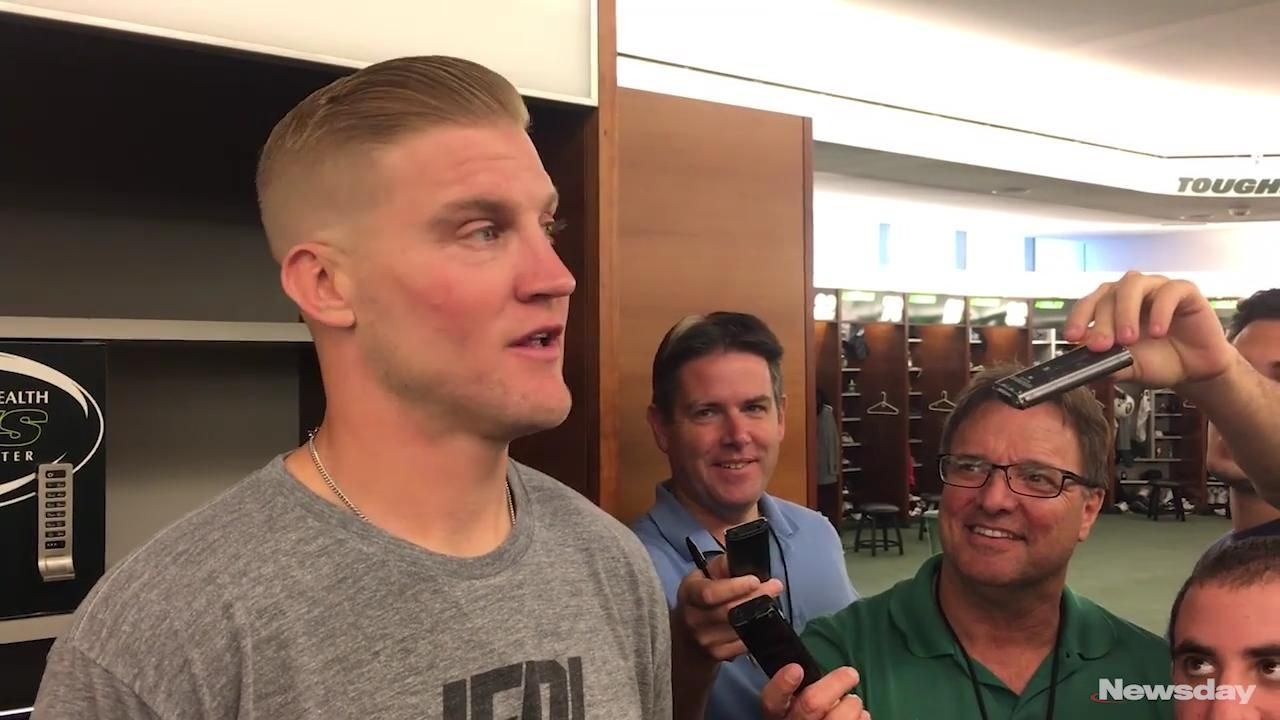 Jets quarterback Josh McCown talks about facing the Patriots this Sunday. Both teams are tied with the Bills for first place in the AFC East at 3-2. (Newsday/Calvin Watkins) Credit: Calvin Watkins

Asked what has impressed him about McCown, the Patriots coach said, “Everything. Leadership toughness, accuracy, decision making, He does very good job of handling the team, takes advantage of defensive mistakes, he’s played very well. A lot of respect for him.”

McCown is currently second in the NFL in completion percentage at 71.4 percent but he’s started just one game against the Patriots in his career.

While playing for Arizona, McCown suffered a 23-12 loss to the Patriots on Sept. 19, 2004. McCown threw two interceptions and no touchdowns in that game. He also completed 13 of 29 passes for 160 yards.

Belichick also had some nice things to say about the Jets as a team, of course he would, but when asked specifically about the rookie safeties, Jamal Adams and Marcus Maye, he was complementary.

“Done a good job for them.” Belichick said. “A lot to new players, a lot of guys who weren’t with them before maybe players we’ve known from other teams and so forth. Guys they’ve brought in and put together a group that is playing pretty well in all three phases of the game. Some young guys and some more experience guys but it’s all-and-all three very productive units. Adams and Mays have done a good job for them in there.”

Jets-Patriots play for first place in the AFC East on Sunday at MetLife Stadium.

Boone seems upbeat about Stanton, Hicks
Urshela so much better than the Yankees could have expected
Gary Brightwell could be Giants' next big special-teams player
Joe Judge finally gets to meet Giants rookies
Lennon: Kelenic saga brings back memories of Kazmir
Rieber: Lindor, Mets suffer through trying episode of Chopped
Didn’t find what you were looking for?