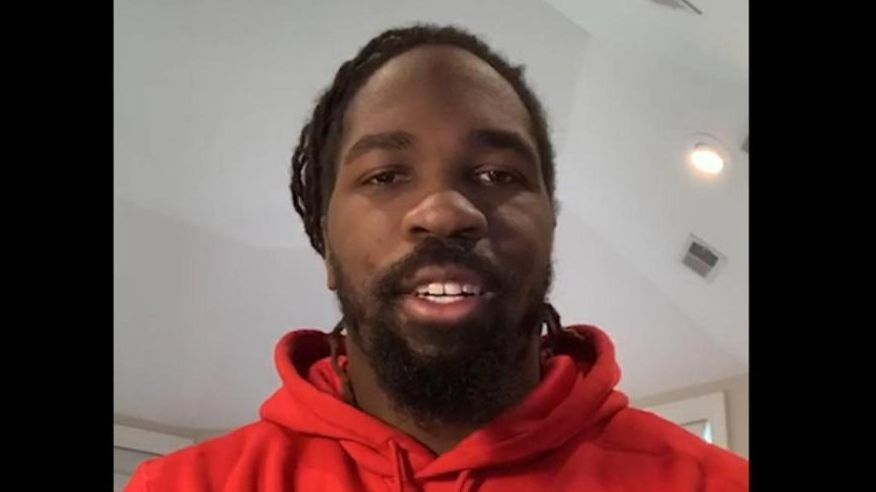 Jets linebacker C.J. Mosley recorded a video message for the students at Floral Park High School, congratulating the seniors who are graduating and trying to lift their spirits after the rest of the school year, spring sports and all activities were canceled because of the COVID-19 pandemic.

Floral Park football coach Ron Pickett had the idea of getting a Jets player to talk to the students. When Mosley was presented with it, he wanted to try to inspire the teenagers.

"It’s going to be a steppingstone for you guys and it’s only going to make you guys stronger,” Mosley said during the 90-second video. “Just because we had this moment, it doesn’t define us at all.”

Mosley’s words apply to himself as well. He looks forward to returning to the impact player he was before his first season as a Jet was cut short by a groin injury in Week 1 in 2019.

Mosley told Newsday on Wednesday that his rehab from December sports hernia surgery is going well and that he can’t wait to get on the football field again. The four-time Pro Bowler is  running only in straight lines and is not doing any cutting yet.

Mosley, who signed a five-year, $85 million deal with the Jets before last season, has been taking part in their virtual offseason program. He believes he would be on the field doing something with the team if the players were able to work out and train at the practice facility.

“The way I feel, I would be able to, but I think they’re still easing me into it,” he said. “Where I was before everything got shut down, I was just doing linear running. I wasn’t really doing all the cutting and football movement yet. That was my next phase.”

Mosley is working out in his basement in New Jersey and running on the treadmill. He said he doesn't  want to run on  concrete and risk any setbacks. His plan is to start doing some field work this week or next, keep getting stronger and prepare his body for when players are able to return to their teams and resume group workouts.

Mosley expects to play Week 1 for the Jets. “That’s what I assume,” he said. “The surgery’s healed up. It’s a matter of keeping it loose. Since we’re not doing OTAs, it’s just getting my body back in those movements and building to where I’m doing football movements.”

Mosley was a force in his first game as a Jet, recording six tackles, a pick-6 and a fumble recovery in less than three quarters against Buffalo. Then he hurt his groin and missed the next four games. He tried to return in Week 6 against the Patriots but didn’t have the same lateral quickness or explosiveness.

“That first game, I felt like that was the best game I ever played,'' he said. "I was just everywhere making plays and moving around the ball. It just stunk to get hurt on a non-contact play. It was a battle. Fighting back, staying active with the team, going to meetings, still taking notes like I’m about to play every week knowing I wasn’t. It was also a learning lesson.”

Mosley, who missed three games in his five seasons with the Ravens, said “I want to play every single game and stay healthy — that’s the easiest and hardest thing to do in this league.”

He thinks the Jets, entering their second year under coach Adam Gase and defensive coordinator Gregg Williams, are in a good place as a team.

“The main thing is on both sides of the ball, we have a system that everybody’s been in,'' he said. "Even though we’re not on the field, we’re already moving along quick because we don’t have new coaches and new players learning a new system together.