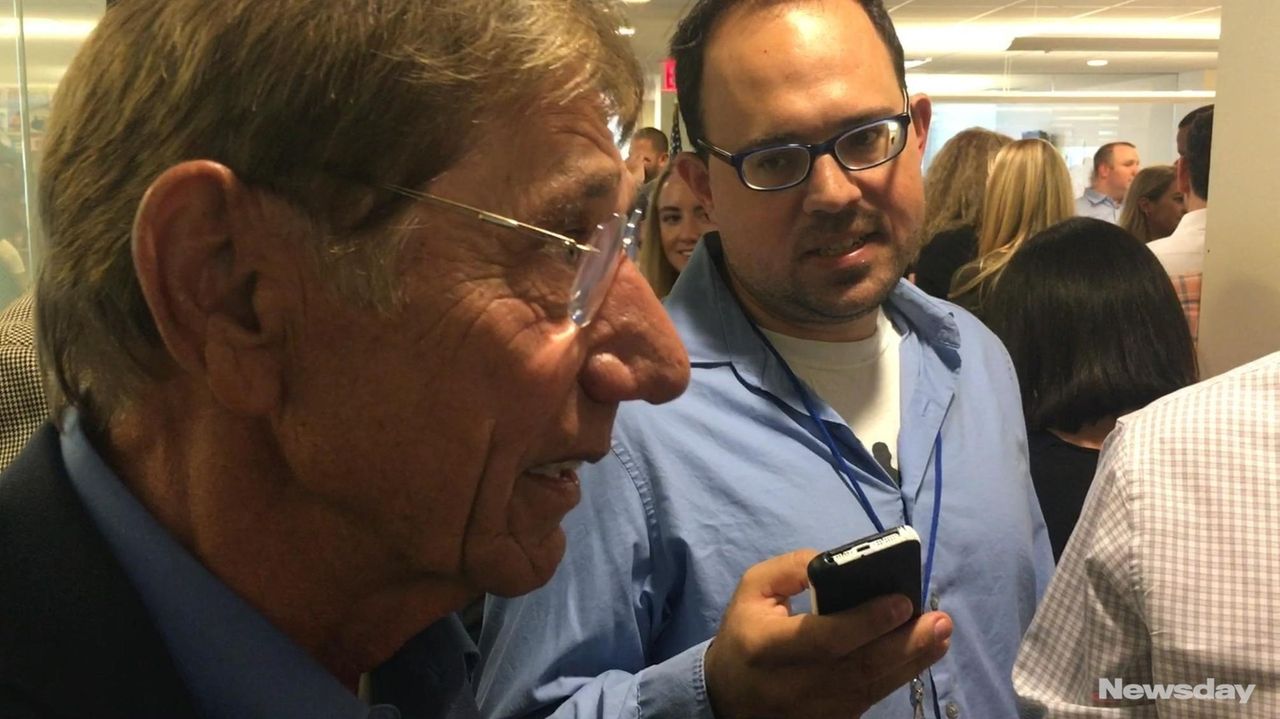 Jets CEO Christopher Johnson said Tuesday that the decision to trade up from No. 6 to No. 3 in last month’s NFL Draft and select USC quarterback Sam Darnold could be a turning point for the franchise. The Jets gave up three second-round picks in the deal.

“I think people are going to look back, honestly, look back 20 years from now and say this is the moment the Jets shifted to a new gear and they became a great team,” Johnson said at BTIG’s 16th annual Commissions for Charity event in Manhattan.

Johnson said he is excited about Darnold and the future of the franchise.

“I think we got a real future with this kid,” Johnson said. “He’s not even 21 yet. We might have a long time with this young man. I hope so right now. I think he is really our future.”

The selection of Darnold has been part of a busy offseason for the Jets, who also upgraded the secondary by signing cornerback Trumaine Johnson to a five-year, $72-million deal. The Jets added depth to wide receiver, inside linebacker and running back. But Johnson said the key was moving up to select Darnold. The Browns took Oklahoma quarterback Baker Mayfield with the No. 1 pick and the Giants took Penn State running back Saquon Barkley at No. 2. That left Darnold available for the Jets.

“In my view, it was a pretty aggressive move, and people will argue it was a pretty expensive move. I think it was a move we had to make and I think we made that move, but we also got a little lucky,” Johnson said. “Luck goes a long way in the NFL, and we’ll see how far it can take us. But I’m really happy with how we stand right now.”

Johnson said it will be up to coach Todd Bowles to decide who is the starter. Darnold will be competing with last year’s starter, Josh McCown, former Vikings starter Teddy Bridgewater and Christian Hackenberg. But Johnson said Darnold has all the tools necessary to be a franchise quarterback.

“I absolutely think that he can be our quarterback of the future,” Johnson said.

Two quarterbacks who won a Super Bowl in New York also spoke at the event. Jets icon Joe Namath said Darnold should start in Week 1, but only if he’s ready. Former Giant Phil Simms said he believes Darnold should be the Week 1 starter. The Jets open with a Monday night game against the Lions in Detroit on Sept. 10.

“For a 20-year-old rookie quarterback, that’s going to be tough to do early on because the big leagues, pro football, is different than college football,” Namath said. “You’re playing against real men that are sharp mentally and physically. He’s going to need some experience. And yes, I do believe in playing a rookie if he’s capable, certainly if he convinces his team he can do it and his coaches, they will put him out there.”

Namath said the Jets will need to surround Darnold with the pieces to be successful.

“It technically will depend on Darnold and his teammates,” Namath said. “Nobody has ever won a championship in a team sport without the rest of the gang.’’

Johnson and Namath said they aren’t worried about whether Darnold can play in New York.

“I don’t know if anybody can completely handle New York,” Namath said. “It’s a one-of-a-kind city with a one-of-a-kind population. It’s the greatest city in the world. I think Sam will be all right with the tutoring he’s getting.”