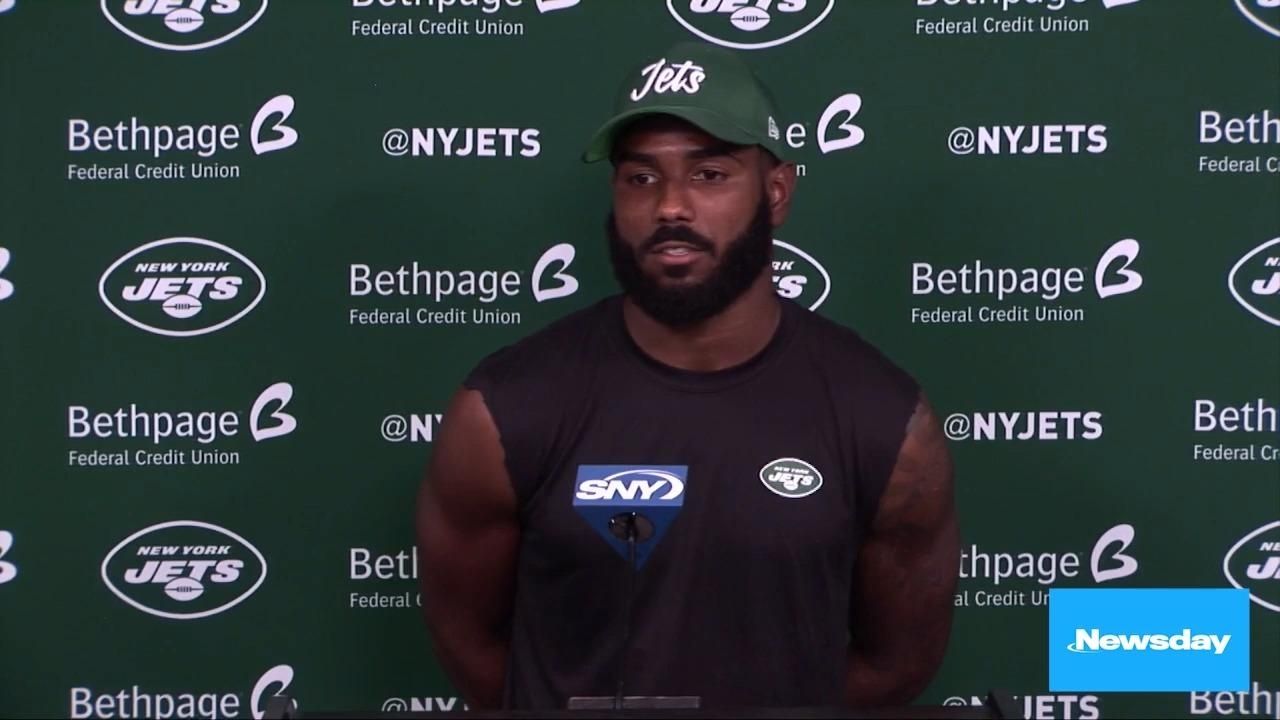 Jets rookie receiver Elijah Moore spoke on Wednesday about the extra work he and his fellow wideouts have put in to start the 2021 season in an attempt to turn Gang Green's fortunes around. Credit: New York Jets

Robert Saleh said he heard voices in the Jets’ receivers’ room Tuesday, which is normally the players’ off day. He popped his head in and found Moore putting in extra work with receivers coach Miles Austin.

"I feel like that’s everybody in the building: we all want to be legendary," Moore said. "We all say it. We’re trying to switch this program around and become something that everybody remembers. It definitely takes more than just being in here the regular hours."

Moore, a second-round pick, bounced back from a tough NFL debut when he caught one pass for minus-3 yards. Moore had four grabs for 47 yards, including a 27-yard reception on Sunday. He said he felt more comfortable after doing extra film work.

"It’s something moving forward I just know how to attack better," Moore said.

Moore’s work ethic has impressed the Jets since rookie minicamp. He has the speed and talent to be a dynamic playmaker. Saleh said it will come.

"He is deliberate, and he wants to be great," Saleh said. "He wants to be special, and he demonstrates that every day. Now it’s just a matter of trusting what you do, take it to the football field on Sunday and go let it loose. I think it’s a matter of time before that happens."

Quarterback Zach Wilson appeared on the injury report with a groin issue, but he practiced in full. Saleh said Wilson woke up a little sore, and that "it’s not a concern."

Saleh judges whether a player should come out by the "look in their eyes." He didn’t consider removing Wilson during his four-interception game because his eyes said he was still locked in. "Let’s let him continue to get his reps and see if he can learn from all the different scenarios that he’s being put in," Saleh said. "It never got too big for him. He made a couple of mistakes, a couple of mistakes that I’m sure he wishes he had back. But still a lot of growth was to be had in the fourth quarter."

Saleh might have felt differently if Jets had a proven veteran backup for Wilson. Mike White has never taken a snap in an NFL regular-season game.

Despite 1-5 record, Saleh says Jets won't hold fire sale
White to make first NFL start, but Jets' future at QB remains unclear
After loss, Gallant felt it was time to go to the video
How Giants attack Kansas City depends on player availability
Judge believes Peppers is an ingredient in Giants' future
Johnston's contract extension an insurance policy for Isles' identity line
Didn’t find what you were looking for?