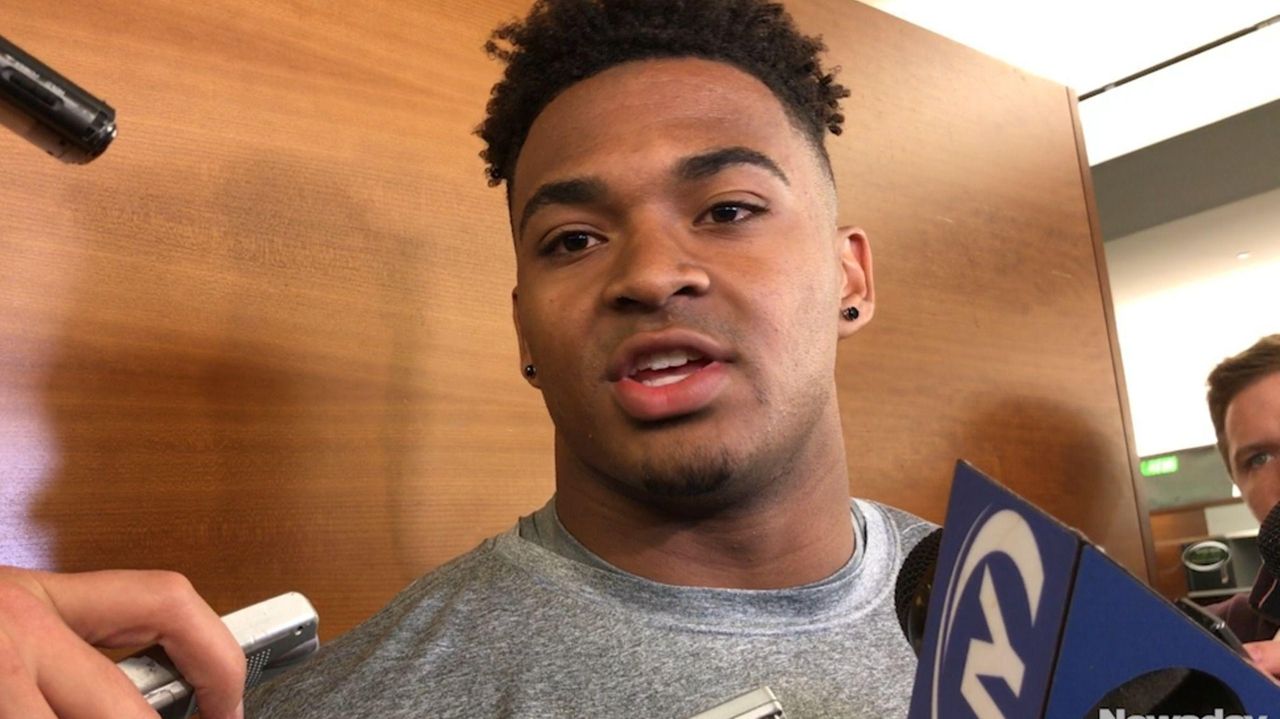 Jamal Adams and Marcus Maye were rivals in college, where Adams played at LSU and Maye played at Florida. After last week's NFL Draft, they now share a locker room and a secondary with the Jets. Credit: Newsday / Kimberley A. Martin

By Kimberley A. Martin kimberley.martin@newsday.com Updated May 6, 2017 1:15 AM
Print
fbShare Tweet Email

The Jets drafted Adams, a former LSU standout, sixth overall in last week’s NFL Draft. And much to Maye’s surprise, the Jets selected him at No. 39.

“I was still sitting around in the second [round] and I really didn’t think that they were going to call,” Maye said Friday, the first day of rookie minicamp. “But once they did, I realized what they were trying to do . . . I feel like they tried to get the two best safeties in the draft, and they did that.”

The Jets released safety Marcus Gilchrist on Thursday. They also declined to pick up the fifth-year option for safety Calvin Pryor, their first-round pick in 2014.

“I love it,” Adams said of finally teaming up with his buddy. “Me and Marcus, we’ve always been close. We’ve always wanted to play with each other.”

Florida almost had the two playmakers patrolling the back end of their secondary until Adams changed his mind about being a Gator. He said he was “leaning” toward Florida until he sensed “a coaching change” on the horizon.

At the time, his godfather, Joker Phillips, was the Gators’ wide receivers coach. But Phillips was suspended by the university in 2014 for a recruiting violation.

“I made the right decision to go to LSU,” said Adams, who will wear No. 33, the same number as his father, former Giants running back and Super Bowl champion George Adams.

Shortly after the Jets selected Maye on the second day of the draft, the younger Adams wasted no time sending a congratulatory text message. Said Maye: “He told me he’s excited to play with me and I told him the same thing and let’s get going.”

“There’s always been that rivalry,” Adams said with a smile, adding that the two friends often debated which college, LSU or Florida, was more worthy of the title “DBU” (“Defensive Back University”). But now the pair is more focused on making the Jets’ secondary a strength.

“It’s going to be great,” Maye said. “I feel like both the caliber of players we can be together, it’s going to be good. So we’ve just got to hit the ground running. We’ve got to take every day as an opportunity to get better.”

Isles focused on Rangers, not three games with Capitals
Meet the independent analytics guru helping Stroman, other Mets
Carton & Roberts take over No. 1 sports talk afternoon spot
Cashman confident last-place Yankees will turn things around
Rose manages to bloom again with the Knicks
Rangers know actual points, not style points, matter most in playoff push
Didn’t find what you were looking for?