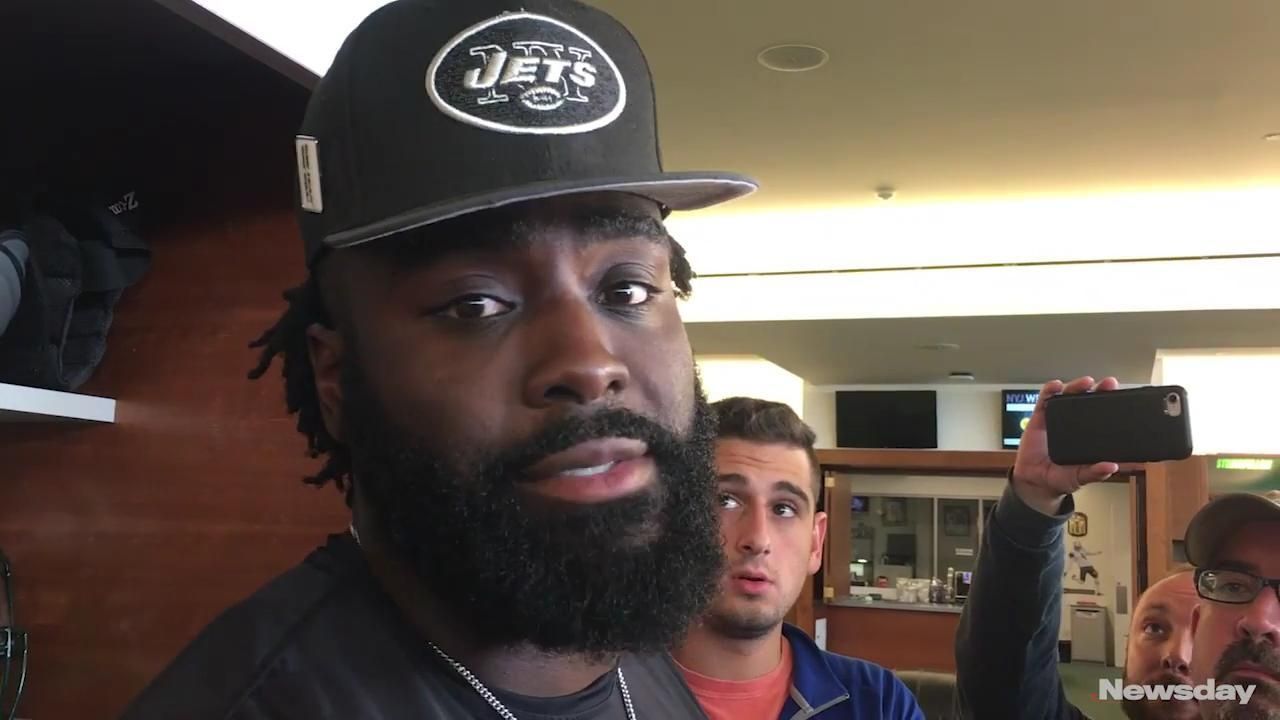 “I do think we’re near a time where the protest will end and athletes and owners will be at the forefront of social change for our country in a positive manner,” Davis said in a 90-second statement he read in the locker room on Wednesday. “I’m very excited about that.”

Davis, along with starting left tackle Kelvin Beachum, attended the discussions with Giants linebacker Mark Herzlich and other NFL players.

Davis and Beachum wouldn’t go into specifics about what was said at the meetings.

Beachum said he would be open to more talks with the NFL owners.

“What’s in this locker room is we’re preparing for Miami, that’s what today was about,” Beachum said. “I’m not going to drag down what we’re trying to do with this team. They’re issues that are concerning the whole body of the NFL right now.”

While several NFL players have taken a knee during and before the national anthem, no Jets player has done so. The Jets, since Week 3, have locked arms during the playing of the national anthem and have been joined by CEO/chairman Christopher Johnson.

Mazeika's walk-off fielder's choice — again — lifts Mets past Orioles
Two Yankees coaches, one staffer test positive for COVID-19
Kyrie Irving suffers facial contusion in Nets' win over Bulls
Rieber: Positive test for Yankees coach a dose of reality
Montgomery at top of his game as Yanks top Rays
DeGrom on back issue that sent him to IL: 'This is minor'
Didn’t find what you were looking for?