FLORHAM PARK, N.J. — Jets offensive coordinator John Morton elected to try something different Thursday afternoon to solve the malaise of his unit at the start of games.

Bring a game-like atmosphere to practice.

“It’s like the beginning of the game, boom, let’s go,” Morton said. “Just a mindset. This is a major focus. Let’s make sure whether it’s noise out there, chaos, different snap counts, let’s just make it game-like and come on.”

Whether that can help defeat the Patriots on Sunday is uncertain, but one look at the statistics gives the Jets’ offense confidence that it has a chance. New England ranks last in total defense and passing defense and is 24th against the run. The Patriots have given up a league-high 2,236 yards, 249 more than Indianapolis. They also are one of only two teams allowing at least 300 yards passing per game. 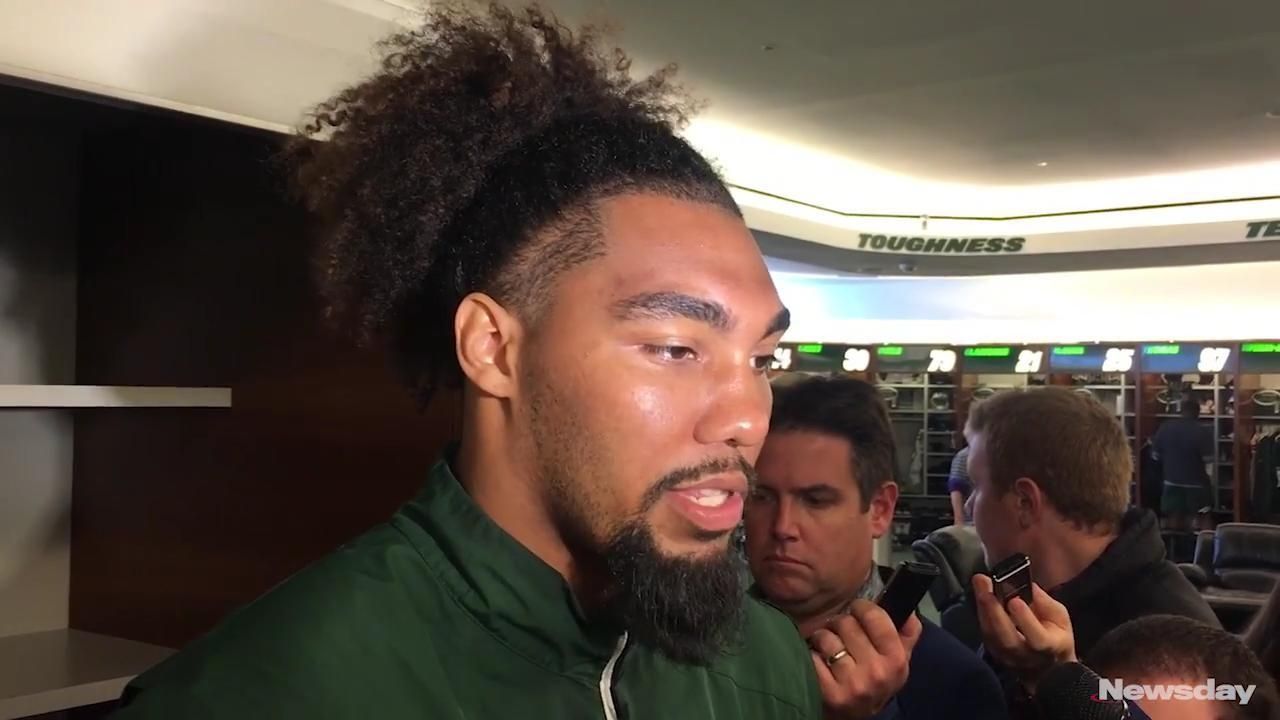 The 3-2 Jets focused on themselves and Patriots The Jets are 3-2 and have a little swagger. As they prepace to face the 3-2 Patriots on Sunday, players and coaches discuss the team's mindset on Thursday, Oct. 12, 2017. (Newsday/Calvin Watkins Credit: Calvin Watkins

“I don’t even look at those stats,” Morton said. “But we’ve got to be prepared for these guys. They’ve had 10 days to prepare for us, and knowing Coach [Bill] Belichick, who knows what we’re going to get? We have to be prepared for everything at all times going up against him. He can change the whole defense. We talked about that in our meetings.”

In last week’s victory over the Browns, the Jets’ offense struggled early, with a three-and-out on the first possession and three penalties on the second one. The Jets couldn’t find an offensive flow for the entire game. Morton expressed frustration that they couldn’t get the running game going with eight in the box, and the deep ball wasn’t working well. Whether it was not having running back Matt Forte (turf toe) or Josh McCown’s inability to find his receivers, something was off.

Midway through the game, Morton went to a modified version of the hurry-up to help the tempo. “Sprinkle it in from time to time,” Todd Bowles said.

The offense has shown flashes of success, thanks to McCown’s high completion percentage (71.4, third in the league) and reliable receiver Jermaine Kearse. The ground game at times has been productive, but the Jets are ranked only 13th after running for a season-low 34 yards against the Browns. They are 26th in total offense and 25th in passing. So beating the Patriots is a daunting task because the Jets don’t have one offensive category in which they’re outstanding.

“Coach Belichick, Matt [Patricia, the defensive coordinator], those guys have been the standard for a long time,’’ McCown said. “When you talk about a chess match and going against a group like that, it’s exciting because it tests you and makes you better as a player. That’s the thing, that’s what makes this fun. That’s ultimately what you want out of competition, to bring the best out of one another. So they will certainly do that for us.”

Morton doesn’t worry about the stats, but having a more efficient game plan might help. Can the Jets win a shootout with the Patriots? It appears doubtful.

“Can we do better? There’s no doubt,” Morton said when asked to assess his offense. “We can all do better, including myself being first time [as a coordinator]. We haven’t hit on all cylinders yet. I think the flashes when we do, we’re pretty good.

“When we break it down, it’s technique things. It’s all about execution and it’s about all 11 guys getting on the same page. When we don’t execute properly, it’s the details of everything. We’ve got some young guys, and it’s still a learning process as we go.’’