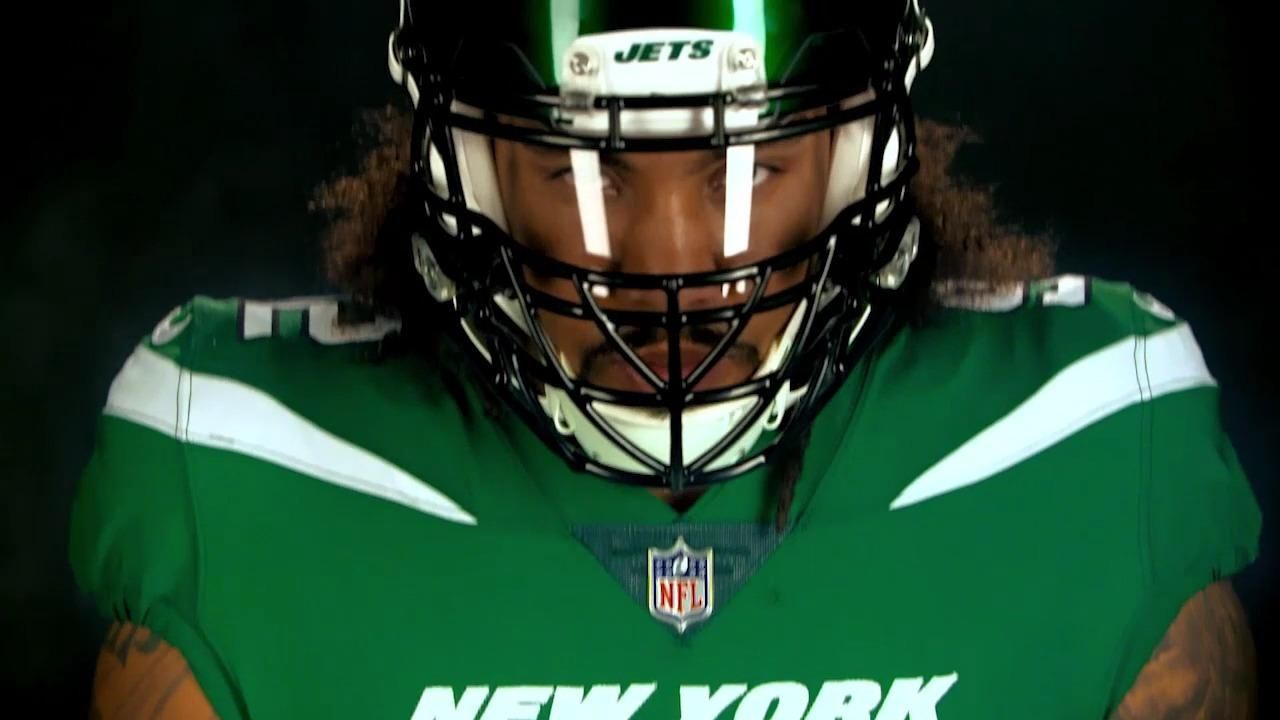 The Jets unveiled their new uniforms Thursday night, kicking off what they believe is a new era for the franchise.

They haven’t made the playoffs since the 2010 season, but they feel the pieces are in place to stop that streak after a productive offseason.

“This is an amazing moment in Jets history,” Jets chairman and CEO Christopher Johnson said. “No one wins games with new uniforms. But we’ve been working on this thing for a long time. It’s done at a moment when the Jets are changing course in a good way. It’s a good symbol of that change.”

The uniform colors come in what the Jets are calling “Gotham Green,” "Spotlight White” and “Stealth Black.” Of course, all involved said they love the new look.

“It’s a different swagger, man,” Jamal Adams said. “It’s something that this team needed. Just to have something new, a fresh start, new coaching staff, I think it’s just what we needed.”

But the color Jets fans really care about is Lombardi Silver, as in the Super Bowl trophy.

Adams and Darnold were among the Jets players who modeled the new uniforms. The others were receivers Robby Anderson and Quincy Enunwa, tight end Chris Herndon, defensive end Leonard Williams and linebacker Avery Williamson.

The unveiling of the uniforms was the latest change in a busy offseason for the Jets. And it’s not done yet.

They hired Adam Gase, an offensive-minded coach who they believe will bring out the best in Darnold as the quarterback enters his second season. They have given him some weapons in elite three-down back Le’Veon Bell and speedy slot receiver Jamison Crowder.

On the other side of the ball, the Jets hired one of the best defensive coordinators in Gregg Williams and signed Mosley, a four-time Pro Bowl linebacker with the Ravens. The Jets could add a much-needed edge rusher, perhaps Kentucky’s Josh Allen, with the No. 3 pick in the draft later this month.

The outspoken Adams was instrumental in the Jets getting Bell and Mosley, who signed a five-year, $85 million deal. The Jets did offer more money than any other team, but Adams recruited both of them, particularly Bell.

“I knew he was coming,” Adams said. “Just call me LeBron. I’m a hell of a recruiter.”

The Jets will begin working toward their championship goals on Monday when they start their offseason workout program. Gase will meet with his team for the first time since replacing Todd Bowles.

Darnold said he’s “super-pumped” to get back to work. He looks forward to building chemistry with Gase and some of his new teammates in what should be a vastly improved offense.

“I don’t feel any pressure,” Darnold said. “For me, it’s more tools in the toolbox. When I’m out there, making the same reads, going through the same progressions as I did, it’s just putting the ball in some playmakers’ hands and let them go to work. It’s going to be really fun game-planning with all these weapons that we have. I’m really stoked to go back to work and get back with these new weapons.”

See the Jets' new uniformsThe team unveiled their brand-new uniforms and an updated logo at a special launch event ...