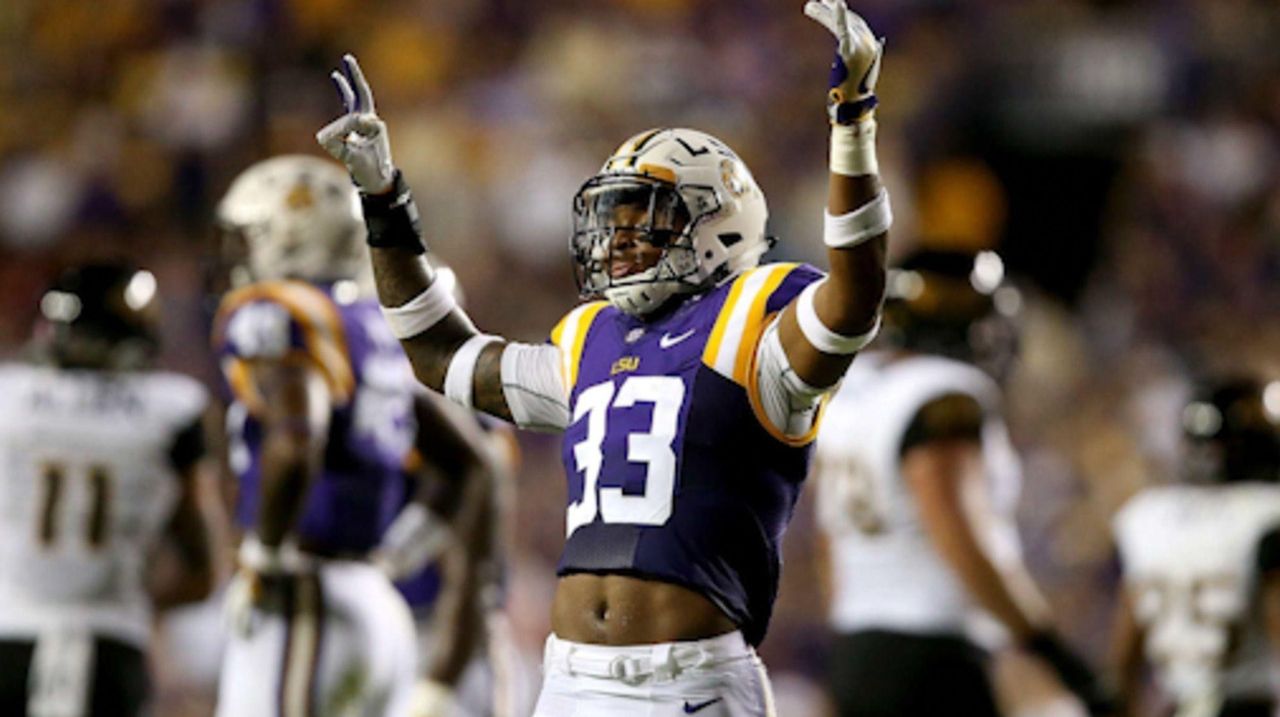 FLORHAM PARK, N.J. — Todd Bowles believes Jamal Adams is the “perfect fit” for the Jets franchise, and the former LSU safety seems certain that the New York market is the right fit for him too.

Adams was “surprised” he fell to the Jets at No. 6. But he also subscribes to the belief that everything happens for a reason.

“It’s an unbelievable experience, unbelievable feeling,” the 21-year-old said on a conference call Thursday night after the organization made him its first-round pick.

“I really can’t describe it. It’s an opportunity of a lifetime to be a Jet.”

The Jets were so surprised to land Adams that a staffer sarcastically joked with him during his recent visit that he wouldn’t be on the draft board when they were on the clock.

Clearly, everyone thought wrong. Including Adams.

“If I sat here and told you I wasn’t surprised, I’d be lying,” he said. “I was definitely surprised that I slipped, but at the same time, everything happens for a reason. God has a plan and I just trust the process.”

Adams said his visit with the Jets went well, adding: “I definitely saw interest when I went on a visit. . . . They were definitely saying that if I slip to 6, there’s no questions asked, they’re coming to get me. And they kept their word. And they delivered.”

Adams grew up in a household with a Super Bowl ring — the one his father, George, a former NFL running back, earned with the 1986 Giants. And as a young child, Adams’ focus was about becoming an even better player than his father.

The two wagered a friendly bet (Adams recently told a publication that it was for “like $100,000”) on whether the former LSU safety would get drafted higher than his dad, who went 19th overall to the Giants.

“He’s definitely not going to pay,” he said of his dad. “We had a bet that if I go higher, he has to pay me. But it didn’t work out that way, but I’ll just continue to let him pay for the dinner tab.”

Now, he’s turning his focus to one day bringing a second Lombardi Trophy to the Jets’ facility. “I’m beyond happy,” Adams said. “Just ready. Just ready to get started.”

But first, he has to learn his new playbook. But the Jets don’t believe the learning curve will be too steep for Adams, a versatile defensive back who Bowles believes is the right type of “alpha dog” and leader needed for his defense.

And he’s also embracing the pressure and heightened expectations that come with playing under the New York spotlight.

“I’m a city guy,” he said. “My mom’s from Yonkers, New York, my sister’s from Jersey, my pops played at the Giants. So, I think I have the right people surrounding me to help me get through my new life in the Big Apple. So I’m excited.”

Todd Bowles believes Adams is the type of “alpha dog” his locker room needs. The former LSU star is a natural leader on the field and off, plus he knows what it takes to be a champion. His father, George, was a running back on the Giants’ 1986 Super Bowl team. Adams’ versatility as an in-the-box strong safety or deep free safety, plus his physicality will immediately upgrade Bowles’ secondary, which has plenty of question marks in the back end.