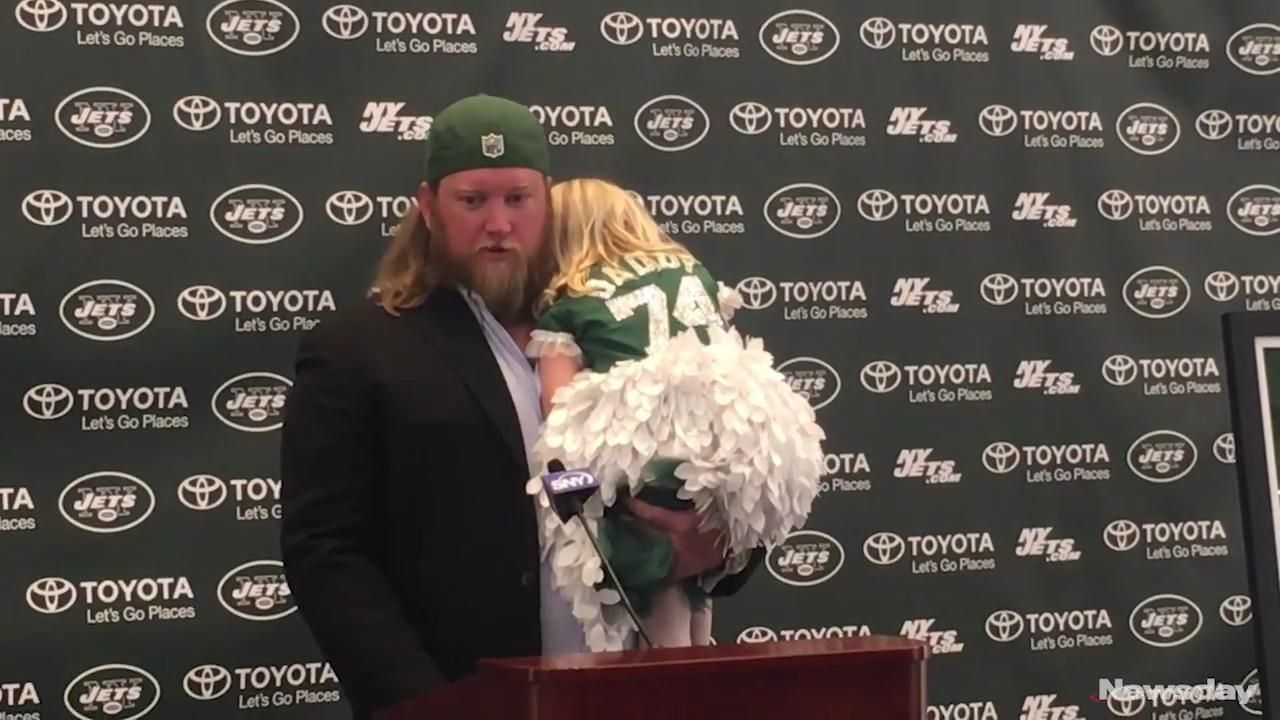 FLORHAM PARK, N.J. — Nick Mangold fell in love with the Jets after he and his wife, Jennifer, moved into a Westbury apartment next to the Long Island Rail Road. Mangold, as a rookie, would take the train into Manhattan and see a Broadway show and enjoy the moment.

Mangold, 34, was enjoying another moment Tuesday morning when he announced his retirement from the NFL after 11 seasons, all with the Jets.

“Part of me being a lucky man is being here with you,” Jets CEO Christopher Johnson said at the start of the news conference.

Mangold, a 2006 first-round pick from Ohio State, was the rock the Jets needed to anchor the offensive line. He was the first-team All-Pro center twice and named to seven Pro Bowls. His career came to a halt after he suffered an ankle injury midway through the 2016 season. He spent that offseason rehabbing and thinking about returning for one more season. It didn’t happen.

“I think around the Super Bowl I kind of knew, but I didn’t know,” Mangold said. “It was one of those things, it’s in the back of your head. Going through the injury was difficult, but then as I was rehabbing I realized I probably wouldn’t be able to play at the level that I wanted to play at. Going through the [2017] season I always thought I would miss it. Something was going to happen where I would miss it, that I need to be out there and on the field. And that never came, and that’s when I knew I’m in a good spot.”