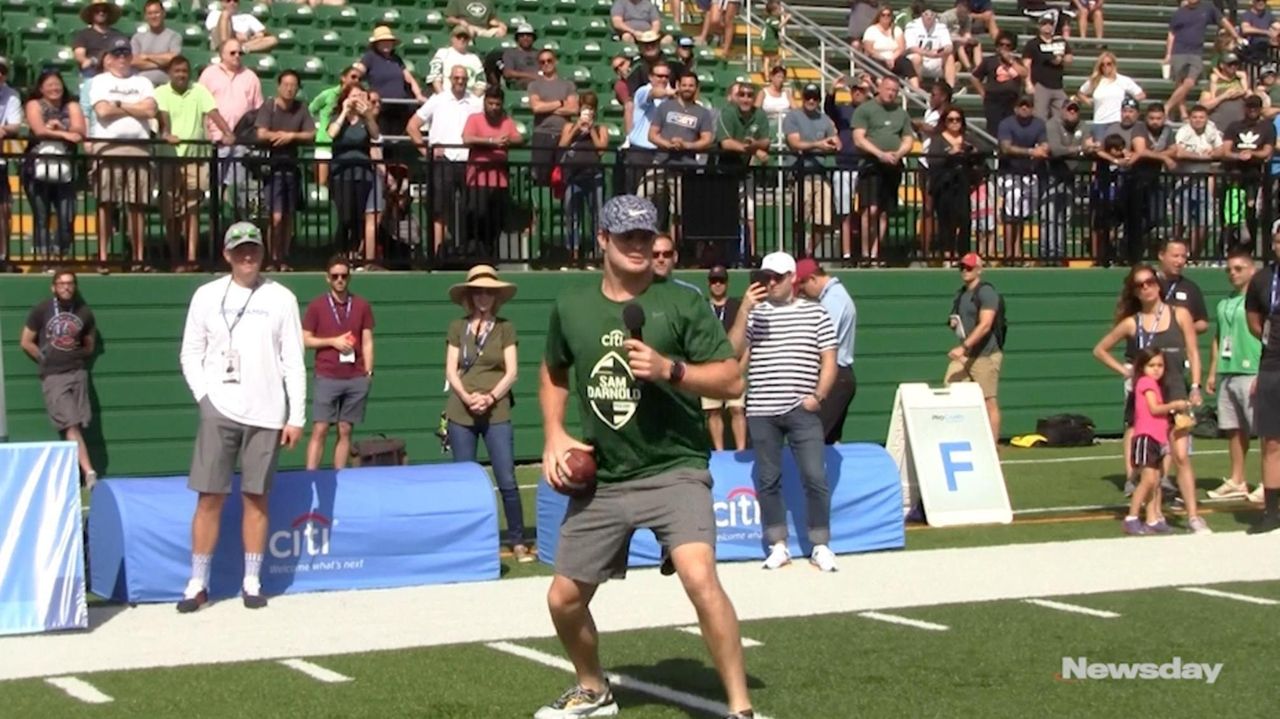 Sam Darnold still hadn’t had any interaction with new Jets general manager Joe Douglas as of Saturday morning, but the second-year quarterback likes what he’s heard about the former Eagles vice president of player personnel.

“I’m looking forward to working with him,” Darnold said Saturday during a break while hosting a youth football camp at LIU Post in Brookville.  “You definitely see what he’s done and how he’s helped an organization out and it definitely is reassuring.”

Darnold, who was drafted with the third overall pick in 2018 by since-fired GM Mike Maccagnan, shares an agent with Douglas and new coach Adam Gase. All three notably are represented by Jimmy Sexton with CAA.

“I don’t know if that affects me at all, but it definitely is a little convenient,” Darnold said. “Being able to have that connection with my agents, especially when Coach Gase got hired and obviously when Joe got hired, right away they were able to tell me some things right off the bat…But other than that I don’t think it really matters a ton.”

The former USC star added that he did receive some intel on his new boss from his agents after Douglas’ deal was announced on Friday night.

“Right when he got the hire [Friday] night, I was on a couple of phone calls with some agents and they were telling me some good things about him,” Darnold said. “Other than that, I know he’s done a great job with the Eagles so far and every other place he’s been, I know he’s done a great job, as well.  I’m looking forward to working with him and seeing what he can do for our team.”

Gase and Douglas worked together in 2015, when the former was the Bears’ offensive coordinator and the latter was Chicago’s director of college scouting before moving on to Philadelphia.

The Eagles won Super Bowl LII in Feb. 2018, and earlier this week they locked up franchise quarterback Carson Wentz on a four-year contract extension worth $128 million. But Darnold isn’t viewing that deal as a sign of what’s ahead for him in the coming seasons.

“Honestly, I’m not thinking about that,” Darnold said. "For me, again, it’s just about seeing how…obviously [Douglas] he knows what he’s doing. He’s been around the league for a while. So I’m not super concerned with how he’s gonna be doing things. I just know if I play well, if we win games most importantly, then the future is bright for the organization. So that’s really all I care about.”

Notes & quotes: Darnold also was pleased that the Jets re-signed running back Bilal Powell as a backup to free-agent signing Le'Veon Bell. Powell, who suffered a season-ending neck injury in October, was signed Friday to a one-year deal. “Yeah, it’s great to have BP back,” Darnold said. “I can’t wait to get to work with him. BP is a great guy and obviously a great player, so it’s good to have him back.”