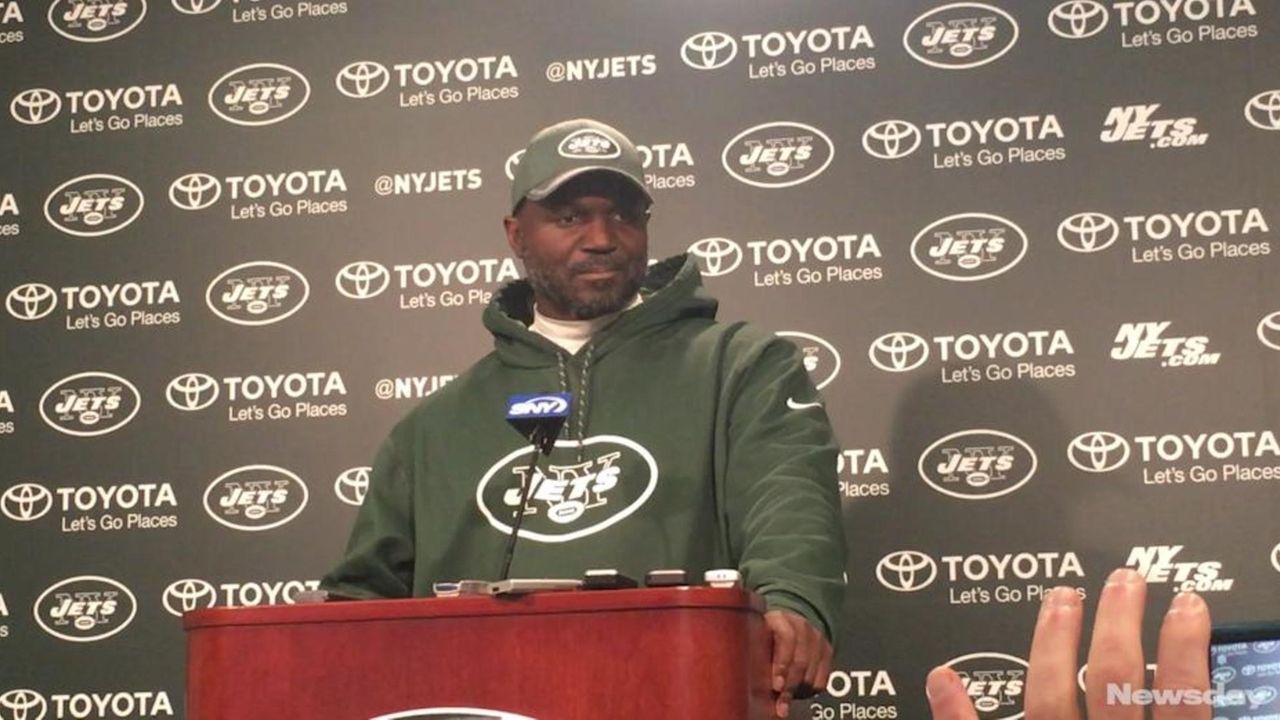 On Friday, December 29, 2017, Jets players react to the news of a extension contract for their coach, Todd Bowles.  Credit: Newsday / Calvin Watkins

Maybe it was to him, but the Jets announced a contract extension for Bowles and general manager Mike Maccagnan on Friday. A source said the pair received a two-year contract extension, with both men signed through the 2020 season.

The decision, made by chairman and CEO Christopher Johnson, wasn’t a big surprise considering the strong vibes Bowles was getting from inside the locker room and the front office this year despite a 5-10 record.

Bowles had declined to discuss his job status for the past month, focusing only on the next game. But one player said the locker room would have been “mad” if he had not been retained.

“It wasn’t hanging over me,” Bowles said. “For me, it’s just business as usual. All you can do as a coach is coach. And control the things you can control and go from there. That’s all we were trying to do.”

After going 10-6 under Bowles in 2015 and falling a victory short of the postseason, the Jets went 5-11 last year. The 2016 season probably was the worst, with constant bickering among the players and several quarterback changes because of injuries and ineffective play.

A culture change was needed and Bowles created the “One Team, One Goal” mantra the Jets have stuck with all season.

The Jets look at their 3-5 record in games decided by seven or fewer points as a reason to believe they’ll soon be in playoff contention. They also have lost three games in which they led in the fourth quarter.

“I think we’re very close,” defensive end Leonard Williams said. “We have a few missing pieces here and there. Consistency is something we have to step up in. We showed [it] against certain teams; we’ll play really high and sometimes we’ll play down. Once we’re able to reach a point we can play high-level consistency, I think we can play with anybody, honestly. I honestly believe that.”

Said linebacker Demario Davis, “It’s very big having your GM and coach in place. It gives us stability for the future and I think we can continue to build on some of the things they had in place already.”

Players said they know where they stand with Bowles, and earlier this season, Johnson joked that his head coach is “a man of few words” but added, “I see him working with these young men and I think he strikes the right balance of really everything. I’m real ly impressed with him.”

“He’s had an impact to a lot of guys in here, just being consistent,” left tackle Kelvin Beachum said. “When you got a coach that keeps it black and white, he’s not BS. He’s not shooting smoke . . . That’s great as a player, because you know exactly what you’re going to get, and coach Bowles has been consistent.’’

Glauber: Keeping Maccagnan, Bowles was right moveFrom the outside looking in, there's a case to be made that the Jets could ...