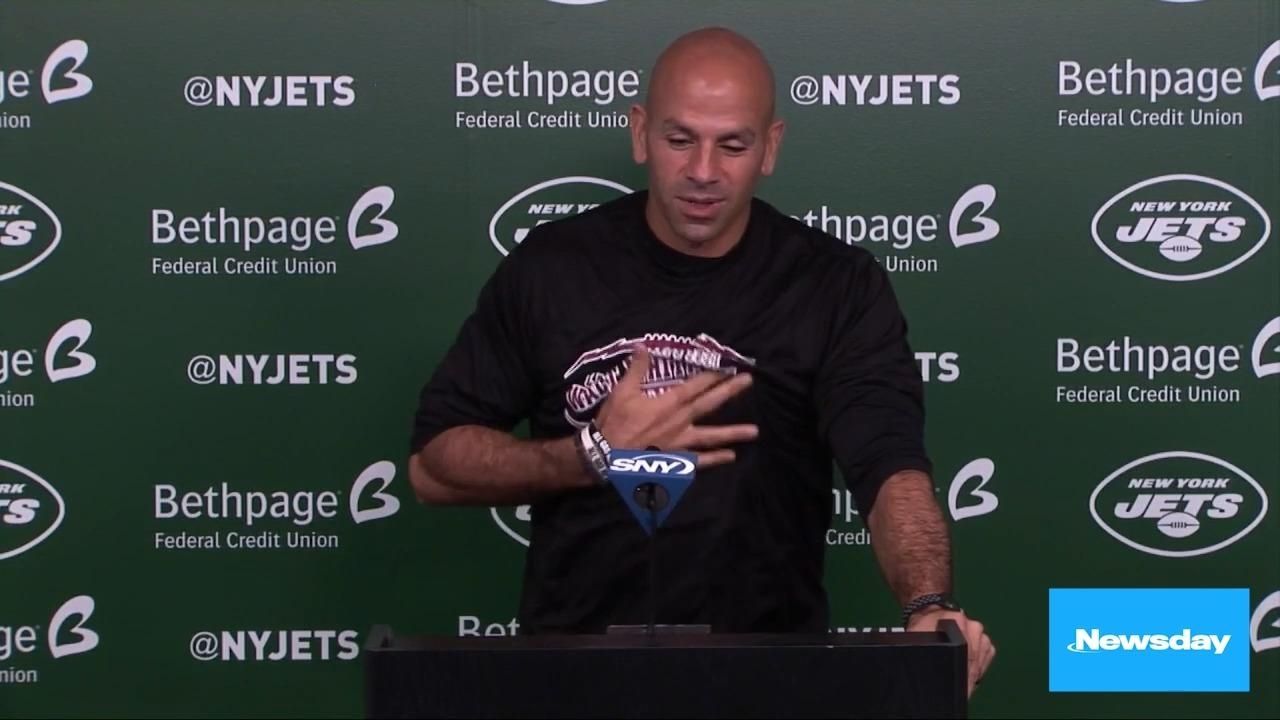 Maybe, just maybe, some of Walt Whitman High School's football success will rub off on the Jets.

That was the sentiment, at least, when Robert Saleh honored the program and 13-year coach Robin Rosa with his T-shirt of the week. The Wildcats are 6-0 so far this season and in first place in Suffolk Division I.

"An undefeated coach with six wins, rub some off and see if we can get a dub," Saleh said, rubbing his shirt.

As coach of the week, Rosa will receive a $1,000 donation to his program, as well as tickets to a luxury suite for the Jets game against the Saints on Dec. 12. The high school will get 100 tickets to a preseason game next year.

Mets facing competition from A's in managerial search
Will MLS Cup appearance help NYCFC get its own stadium?
The QB irony of Chargers vs. Giants this week
Saleh's got Mosley's back on respect comments
Liberty, coach Walt Hopkins part ways
Family of Hodges ecstatic about election to Hall
Didn’t find what you were looking for?