Rookie quarterback Zach Wilson remained away from the team while his agent and Jets general manager Joe Douglas continued negotiations on a contract. With quarterback Trey Lance, the No. 3 overall pick in the draft, signing with San Francisco on Wednesday, Wilson is the only first-round pick from this year’s draft who is unsigned.

This is not the ideal way for the Wilson-Jets marriage to begin, especially since it was a given that Wilson would be the starting quarterback.

But Saleh said his focus is on the players who are at camp.

"Joe’s dealing with it," Saleh said Wednesday. "From a business side of it, there’s a lot of things that come into play. Joe’s got a great handle on it. When he signs, he signs. There are 89 other guys that deserve our attention. That’s where all our focus is on."

Saleh then was asked at what point does he need Wilson to join the team.

The Jets traded away Sam Darnold, the No. 3 pick in 2018, because they were convinced Wilson would be the right quarterback to lead them. They selected him with the No. 2 pick out of BYU and are excited about his potential.

Wilson had an impressive spring with the Jets and also worked out with some of his skill players in Florida during the offseason. But each day that Wilson misses is valuable time that he’s not working on the offense or with his teammates, building much-needed chemistry. 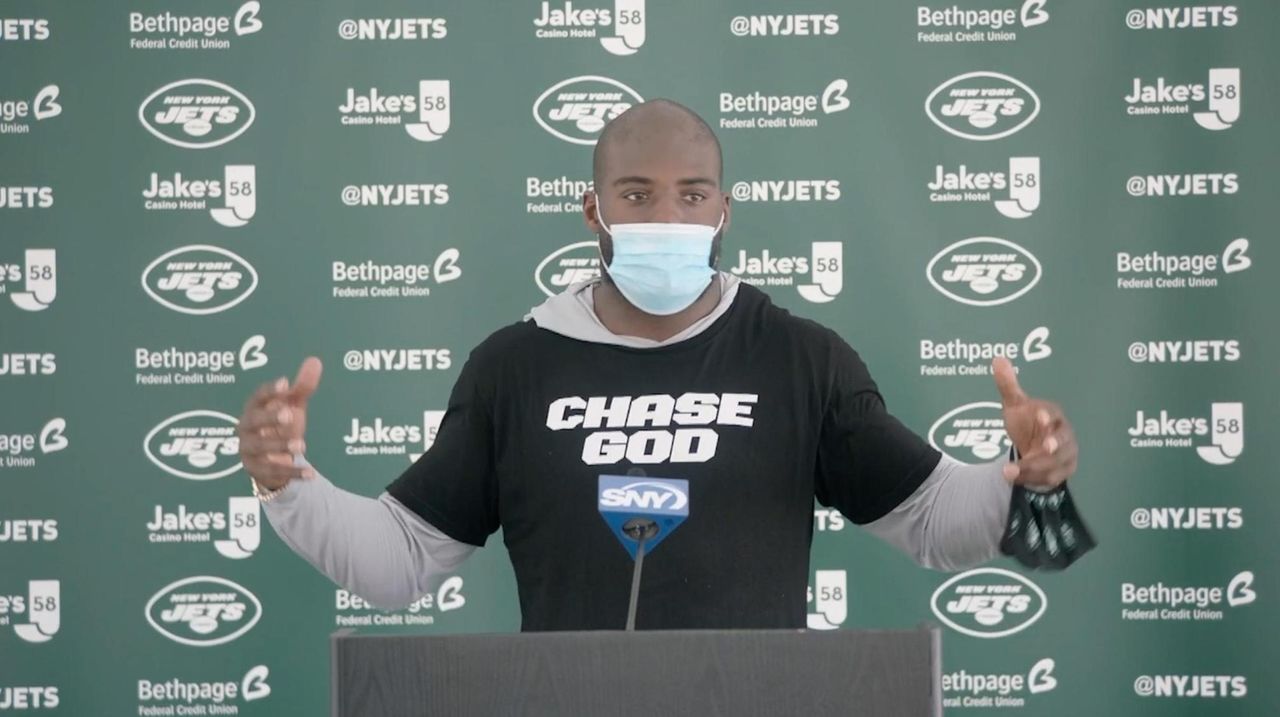 "Obviously you can’t build that chemistry if he’s not here," wide receiver Corey Davis said. "But I worked with him a couple of times. We got maybe four or five days of work in, which was really good for us. Him not being here it’s obviously different, but we got to make do with what we got.

"I know Zach is working out the business side of things, which we all understand. When we gets here we’re going to hit the ground running."

Wilson’s slotted rookie deal will pay him roughly $35.1 million over four years. But reportedly there are other issues holding up the deal from being done, including deferring some of the signing bonus and the offset language.

That leaves White, the Cowboys’ fifth-round pick in 2018, and Morgan, the Jets' fourth-round draft choice last year, as the only quarterbacks on the roster. Neither of them has taken an NFL snap. White took the first-team snaps on Wednesday and had a good series late in practice. Morgan didn’t stand out.

"I thought they did a good job," Saleh said. "There’s a good command of the huddle, getting in and out, good understanding and good recall from what happened in OTAs."

The Jets’ need for a veteran backup is magnified by Wilson’s absence. But Saleh continues to say that the want to give these young players a chance to develop.

"You see talent, you see potential you see all that stuff," Saleh said. "To give up on those guys for the sake of bringing someone in, to call it a pacifier if you will, call me crazy, but sometimes that can be seen as a cop-out.

"There’s a lot of things involved and it’s a lot harder then to just say that bringing a veteran will make everything better."

The Jets, however, are bringing in some veterans for a workout, a league source confirmed.

Former Tampa Bay and Washington quarterback Josh Johnson, who knows offensive coordinator Mike LaFleur’s system from being on San Francisco’s practice squad last year, and former Viking Sean Mannion will work out for the Jets on Thursday. Either would be another arm in case the Wilson negotiations linger.

Saleh said defensive tackle Quinnen Williams, who is on the PUP list as he recovers from foot surgery, should return for the Jets’ second preseason game at Green Bay on Aug. 21. … Safety Ashtyn Davis (PUP, foot) and defensive end Vinny Curry (Non-Football Injury list) should be back for Week 2 of the regular season, according to Saleh … The Jets will wear the initials "GK" on their helmets in remembrance of Greg Knapp, their passing game specialist who died last week after being hit by car while riding his bike.