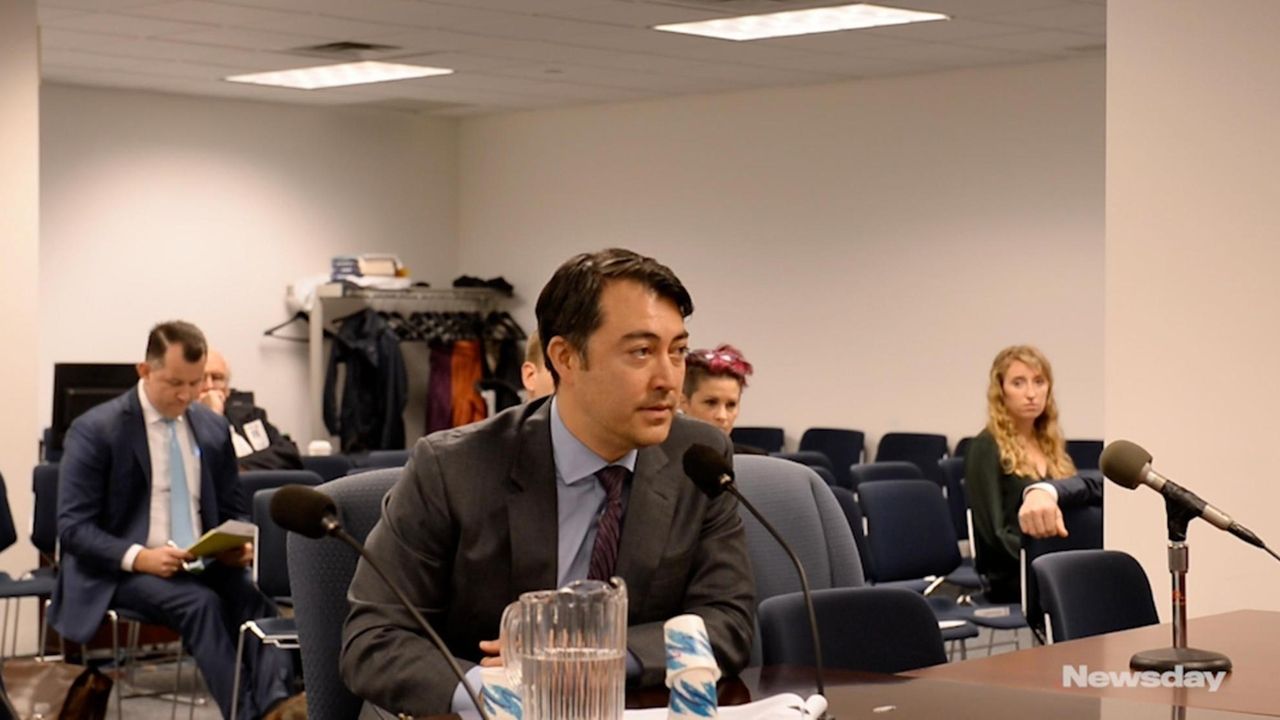 More than a dozen people spoke to an Assembly committee on Tuesday in response to the proposed John Mackey Youth Football Protection Act, a bill that would ban tackle football and allow only flag football for players under age 13 in New York State.   Credit: Marcus Santos

The fight over youth tackle football continued on Tuesday, as state lawmakers heard arguments on both sides of a heated debate about the dangers and future of the sport.

Reform advocates appeared in front of the state Assembly's committee on health to recommend that tackling be banned for children ages 12 and younger. Members of the state's football community argued that such a ban would stunt players and not conclusively protect them from degenerative brain disease.

More than a dozen people spoke, all in response to the proposed John Mackey Youth Football Protection Act, a bill that would allow only flag football for players under age 13 in New York. The bill is named after Mackey, the legendary NFL Hall of Fame tight end who was a three-sport star at Hempstead High School. He died in 2001 at the age of 69 from dementia, believed to be the result of repeated head trauma as a player.

Dr. Erich Anderer, the chief of neurosurgery at New York University Langone Health, and Dr. Mark Dracos of the Hospital for Special Surgery, both argued that repeated hits to a developing brain could lead to cognitive and psychological problems later in life, and potentially chronic traumatic encephalopathy (CTE), a degenerative neurological disease diagnosed postmortem that has been conclusively linked to career football players.

Anderer said there is enough evidence to support that athletes who start tackle football before 12 have nearly twice the odds of developing neuro-behavioral problems as they get older. Dracos said a recent study by Boston University on NFL players discovered that the “single greatest factor that drove whether or not they developed CTE was how many years they played tackle football.”

Anderer added that there is no reason to expose "thousands of children to the possibility of future brain dysfunction when a simple and reasonably unobtrusive solution [of flag football] is in our grasp.”

Robert Zayas, the executive director of the New York State Public High School Athletic Association, said all sports are in some way dangerous and there should be a greater concentration on preventing concussions across the board. Jon Butler, the executive director of Pop Warner youth football, said there were already significant safety protocols in place for the sport. Michael O’Donnell, head coach at Archbishop Stepinac High School in Westchester County, argued that student-athletes could lose out on college scholarships if they started tackling later than 12.

“There are parts of concussions we don’t understand,” said Dr. Mark Herceg, on the executive board of the Sports Neuropsychology Society. “The simple truth is we don’t know why some get CTE and other don’t.”

Dr. Thomas Abraham, who played football in college, told the Assembly panel that he had to give up practicing medicine because of the degenerative brain disease he believes was due to years of playing football.

“The problem is if [coaches] have success and make you good at the game, you’ll play longer, and you might go to play in high school and you might go on to play in college,” said Dr. Chris Nowinski, a former Harvard football player and CEO of  the Concussion Legacy Foundation. “So we have an issue of the best and the brightest who have suffered the worst.”